To be or not to be a lawyer? Or to be a musician? These were the questions vocalist Tiffany Austin had to ask herself very seriously. Making a “soulful” decision, she listened to her heart instead of her head, and continued on a somewhat circuitous path that has led her to where she is today. With influences ranging from Whitney Houston to Mariah Carey to Nina Simone to Ella Fitzgerald, the acclaimed singer, based in the East Bay, has been making waves locally, nationally, and internationally as an accomplished singer and songwriter with a luscious, soulful sound, covering jazz, blues, R&B, gospel, and soul. You can hear Ella in her scat and sense Coltrane in her soul.

That diversity of styles is evident in a sampling of her upcoming gigs —a tribute to Nina Simone with a small combo on Sunday, Dec. 1, at Sweetwater Music Hall in Mill Valley, holiday songs and more with the San Francisco Symphony at Davies Symphony Hall on Saturday, Dec. 14, and headlining a tribute concert to Aretha Franklin with the Oakland Symphony on Sunday, Dec. 15, at the Paramount Theatre in Oakland.

Nina Simone is someone Austin really admires. “She is the quintessential singer. There is just so much to love about her,” said Austin. “One of the earliest songs I listened to was ‘Ne Me Quitte Pas’ (Do not leave me), and I just started crying because there is just so much depth to the delivery. I really love vocalists who can do a lot with very little, and she is one of the earliest artists that I stumbled upon who really moved me with a subtlety and a quiet intensity.”

Austin grew up in Carson, a small suburb of Los Angeles. Her dad loved music and sang a little bit, her mom liked classic soul and pop like Marvin Gaye and James Brown, and her older brother, John Austin IV became an acclaimed emcee and rapper known as Ras Kass. Both her parents worked in the court system of LA County, and her mother later became a lawyer, so a few seeds were sown.

She also spent a lot of time with her grandmother, who introduced her to Creole music and culture, and taught her to be strong. “My grandma was a very tough Louisiana Creole woman who grew up in a very small town,” said Austin. “I learned a lot about my heritage from her stories. The biggest thing my grandma instilled in me was a toughness and resiliency and to push forward despite any fears.”

After attending the Los Angeles High School of the Arts, Austin continued her education at Cal State Northridge. “I had always been kind of a broody young girl who liked to write poetry, and who always liked to sing and dance,” said Austin. “So once I got to school, I found that my strengths were music and writing.” She studied both there, but found that her interest in wordplay exceeded her interest in the classical-music program she was enrolled in, so she decided to get her undergraduate degree in creative writing, with a plan to get her law degree afterwards. “I thought that law would be the perfect combination of creative wordplay as well as philosophical thinking,” she explained, adding that she had also considered becoming a literature professor.

Still thinking about singing — and law — and writing, after graduating, Austin decided to take a year off for an “adventure,” and moved to Japan, with a plan to take her Law School Admission Test (LSAT) there. She did, and passed with a high score. After trying to get temporary legal work, Austin began to really miss doing something creative. Luckily, a friend was able to help her hook up with some local musicians, and after doing some gigs, she found an agent and began working steadily as a singer. “It was the first place that I was able to do music full time,” said Austin. “There is a high demand for work — so I learned to hone my skills without the pressure of having to fight for work.”

After several years in Japan, however, Austin decided to accept the scholarship she had gotten for law school at UC Berkeley, and she moved to the Bay Area to get her degree. But singing was still in her soul, so she started taking classes at the California Jazz Conservatory, and soon connected with other musicians who helped her became part of the Bay Area jazz scene.

The day that Austin graduated from law school, she had an epiphany. “The big challenge of my life has been dealing with what people expect of me instead of what really makes me happy,” said Austin. “My first year of law school was really painful, just like my first year in Japan, because I wasn’t doing something creative. So when I got to cross that stage and have that piece of paper in my hand, it felt like an accomplishment, but it also felt like I hadn’t listened to what I really needed.” So she decided not to take the bar exam and follow her heart — and pursue music professionally.

Delving more deeply into jazz, Austin began working and recording with Bay Area bass player and bandleader Marcus Shelby, as well as continuing her own gigs. Realizing that recording would get her more work, she tapped into her legal experience, and started her own company, Con Alma (with soul), and has recorded two albums to date. The first one, Nothing But Soul, released in 2015, features an original take on songs from the Great American Songbook, including six by the iconic American singer, songwriter, and actor, Hoagie Carmichael. 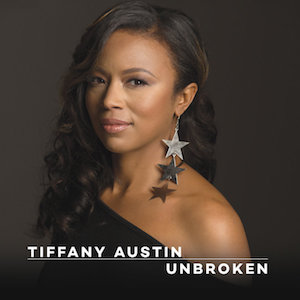 Her second album, Unbroken, released last year, showcases not only her singing, but many of her own compositions and celebrates the diversity of African-American culture. “The album means a lot of different things to me,” said Austin. “It is the spirit of African-Americans, a freedom song project, and a collection of many of my favorite musical flavors that come from the African-American tradition. When I was pulling them all together and writing them, I was thinking about freedom.”

She was also thinking about what truly makes her happy and what her metric for success really is. “I just want to play music and create with people that I love and hold in high esteem musically and as human beings.” And that same metric holds true for listeners. “I just want people to really feel the music,” she explained. “I think it is easy for music to just wash over you or be in the background. But what I want is something that speaks to people — and makes them commune. I want people to commune when they receive the music.” 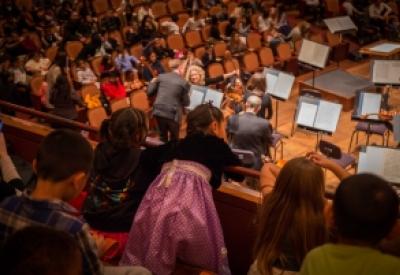 Music for Families: Holidays Around the World 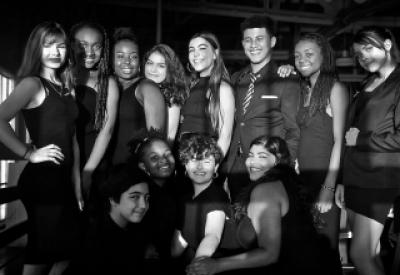