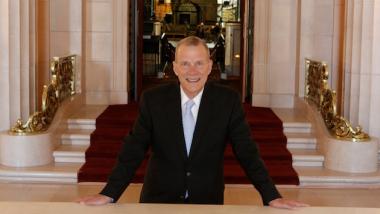 As the David Gockley era at San Francisco Opera winds down, we’re hearing a lot of talk about his artistic legacy, as we should: His record of commissioning opera is nothing short of astonishing. But it’s pretty clear that Gockley’s main achievements as General Director were organizational. He has been an exceptional manager in a field that is notably lacking in exceptional managers.

It just doesn’t sound sexy or spectacular to say that Gockley negotiated a number of contracts without major incidents and that labor-management relations at the Opera are mostly harmonious at the moment. But that’s not a given: Labor representatives and management had to work hard for that to occur, and Gockley had to set the right tone, particularly because some of those contracts were negotiated in the aftermath of the Great Recession of 2008, when finances were tricky (to say the least). At that time, there were staff salary freezes, executive pay cut of 10 percent, union concessions in salaries and medical coverage, and productions such as Peter Grimes canceled.

Gockley had to streamline a number of disparate activities to make the organization more stable: I still mourn the loss of the big, open costume shop, one of the last of its kind, where SFCV filmed a segment of our video preview of Francesca Zambello’s Ring of the Nibelung. But it was offsite and saving the rent was one of those economies that has improved the Opera’s balance sheet. (And it certainly must have taken a silver tongue to persuade the costume department to give up all that glorious space with good grace.) The new Wilsey Center is thus about more than the cool, new black-box theater. The planning and funding of a big project like this required a great deal of skill and a lot of patience. How many managers could have made that happen and also delivered on the Koret-Taube video production suite, among other things?

And Gockley, like all good, American arts managers, is a tireless and successful fundraiser. Between the major gifts, there was a broadening in the base of support for the company, which helped reduce the deficit after 2008’s financial tornado. In its 2014–2015 reporting, SFO reported a nine percent increase in Annual Fund donations from 7,400 individual donors.

I can’t speak to Gockley’s skill at handling staff, but observe that after Donald Runnicles resigned as music director, partly due to the fact that he supported Gockley’s predecessor, Pamela Rosenberg, to the hilt (and won some of his greatest artistic laurels in productions she planned), he was still welcome and apparently happy to return to SFO to conduct major productions.

And here’s what Gockley said after hiring Niccolo Luisotti to succeed Runnicles:

I think he has specific tastes in regards to singers, and that he will have a lot of influence on whom we see here. I trust him. It means, I think, that I am not making a lot of small decisions about casting. Between Luisotti and Gregory Henkel, the company’s director of artistic administration, those decisions can be delegated by me to them.

There speaks a good manager.

And look, I’m not trying to preempt a discussion of the artistic side of Gockley’s tenure. There have been successes and failures, and some people will say that this regime was too provincial or middlebrow for the second-largest opera house in America. He raised a few eyebrows for saying in an interview “That is what we are — a bourgeois art form,” in the course of dismissing George Benjamin’s critically celebrated opera Written on Skin as “rehashing the modernism that has bit the dust again and again over the last 50 years.” And his emphasis on the most popular works in the repertoire year after year, and his pursuit of star singers can be a bit off-putting to some long-time opera fans who are surfeited with the Puccini Big Four.

And it is the general manager’s job to set forth the company’s artistic direction and to make the case for it. Even a detractor would have to give Gockley credit, though, for roaring back in 2014–15, restoring the full prerecession number of performances and productions and including the company premiere of Carlisle Floyd’s Susannah and an acclaimed and expensive production of Berlioz’s Les Troyens. And he may not have all the star power he dreamed of, but this summer season’s casting seems to be pretty satisfactory all around.

Still, if you want to ding Gockley for artistic conservatism, go ahead. But as New York City Opera quickly found out when its board went out on a limb to hire Gerard Mortier, a great artistic vision amounts to nothing without excellent planning and tons of hard work. And for that, you need a great organization person. They’re rare, and San Francisco Opera has just had one.