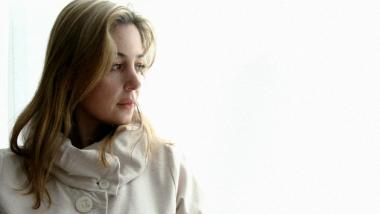 There was a time, within relatively recent memory, when buyers of new-music albums had a good idea what kind of music they would hear – and not incidentally, what kind they would not hear. Granted, the parameters were broad, given the range of contemporary styles and the experimental penchants of avant-gardists and electronic music composers. Still, you could generally count on hearing something that was easily rationalized as part of what had long been thought of as the historical flow of “classical” music, but sufficiently distinct to register as modern, and complex enough to stand apart from pop music.

None of that can be taken for granted now. Thanks, in part, to the early Minimalists, who exchanged the wood, gut, and reeds timbres of traditional classical music for amplified timbres, poached from the rock universe, the palette available to composers expanded enormously. That change was unintentionally ratified by the mainstream classical world: by focusing on music of past eras, orchestras, opera companies, and chamber groups left (or perhaps the word should be freed) composers to write for different kinds of groups, including hybrid ensembles of orchestral and rock instruments, on which the youngest generation (or two) of composers is now entirely fluent.

At the same time, composers became stylistically agnostic. Having grown up listening to both classical music and pop, and having watched Serialists and Minimalists duking it out, while also noting similar skirmishes running through music history as far back as the 14th century, many younger composers jettisoned the concept of iron-clad style and hermetically sealed genres.

Instead, they have adopted the dictum, usually attributed to Louis Armstrong (and sometimes to Duke Ellington), that “if it sounds good, it is good.” It might be choral writing in a modified Renaissance style, or loop-derived hip-hop – composers who consider themselves heirs to the art-music tradition aren’t interested in debating the merits of language, accent or syntax, so long as a stretch of scoring captures what they have in mind.

Sxip Shirey has become a poster boy of this ultra-eclectic approach, and his freewheeling new recording, A Bottle of Whiskey and a Handful of Bees [VisionIntoArt] is something of a manifesto for it. Shirey’s works embrace improvisation, a quirky strain of humor and an unusual palette that often includes blends of disparate timbres (harmonicas and a sousaphone, for example) or electronic sounds cobbled together from the sampled sounds of things like frying chicken, squeaking chairs, and ice cubes clinking in wine glasses.

So chameleon-like is Shirey’s style that if you were to walk into a room midway through several of the pieces on the album – for example, I Got a Man, a gentle, guitar-accompanied narrative about a gay relationship in which one partner is deeply closeted, or the irresistibly riffy Cinnamon Stick, both sung by the pop singer and rapper Xavier – you would unquestionably identify them as pop songs. Others, like the ebullient Just Drive By, Firefly, a wild sonic tapestry with vocals by Rhiannon Giddens (who was trained as an opera singer but made her name singing blues, country, and roots music) are flat out dance tracks. So Stay, which Shirey sings, bears a hint of Brazilian jazz. And folk influences turn up as well – in Maid of Constant Sorrow, an updated, gender-reversed response to the similarly named folk classic, which is given a sultry reading by Giddens, here, and in the harmonica driven Grandpa Charlie.

But Shirey’s seemingly straightforward songs are deceptive; typically, their timbres, textures and structures take unexpected turns. More to the point, they are scattered among short but delightfully idiosyncratic instrumental works.

His juxtapositions can be startling: the collection begins with Over the City, a short, quiet meditation on air travel, and then leaps headlong into Penny Red, an aggressive dance track. Latency (Jet Lag) is built on a repetitive, cartoonish riff that sounds like a deconstructed version of the Twilight Zone theme. And Awake, with its insistent kalimba (an African hand piano) riff; Fat Robot, with its weird parade atmosphere; and The Land Whale Choir Sinks the Albert Hall, a playful electronic essay, are all beautifully crafted, and enlivened with the touch of zaniness that has become one of Shirey’s hallmarks.

The release of the album on the composer Paola Prestini’s VIA label is in some ways a statement in itself. Until now, VIA’s releases have adhered to the traditional view of classical new music, and in that context, Shirey’s album seems a broadening, of the sort that other composer-driven new music labels – New Amsterdam and Cantaloupe, most notably – have also been pursuing.

Another recent VIA release, The Colorado – the soundtrack to a film about the history and ecology of the Colorado River, with movements by Prestini, Glenn Kotche, Shara Nova, William Brittelle, and John Luther Adams, in a vividly sung performance by Roomful of Teeth, the new-music chamber choir, with Kotche playing percussion and Jeffrey Ziegler playing the sometimes arresting, more typically subtle cello lines – delves less overtly into pop than Shirey’s collection. 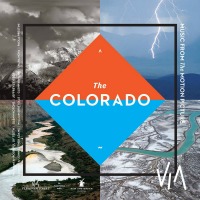 That two of the composers are also rock musicians – Kotche is the drummer for Wilco, and Nova performs is an indie rocker and founder of the band My Brightest Diamond – is beside the point, since their classical works bear little evidence of their other lives. Even so, if you listen closely, you will hear recording, mixing and sound processing techniques more typical of pop than classical production.

Kotche’s contributions, Beginnings and Palette of a New Creation open and close the nine-movement suite, with Beginnings, a rich, wide-ranging, syllabic, choral setting with sliding tones and a cello and percussion accompaniment, setting its tone, and Palette, with its mild dissonances and more complex, multilayered choral writing, showing how far afield the set has moved over the course of its nine movements.

The work as a whole bears a hint of Philip Glass’s Koyaanisqatsi – also a choir-heavy soundtrack for a film in which the human toll on the environent is a prime issue. The composers of The Colorado have their own styles, of course, although some are clearly influenced by Glass. Unlike Koyaanisqatsi, several of the movements have narrative texts (by William Duboys).

The rhythmically intertwined choral lines of Prestini’s A Padre, A Horse, A Telescope have an almost ritual quality, while her Corrido de Joe. R is a more straightforward narrative, couched in hazy textures. Nova’s An Unknown Distance Yet to Run and Welcome to the Anthropocene both have spoken sections, but their more memorable features are strikingly melodic writing for solo voice, and simple but compelling percussion accompaniments.

Solo vocalizations also highlight Brittelle’s The Shimmering Desert, although its fragmented choral line and striking electronic effect soon commandeer the attention. His Colossus is a more straightforward parable about corporate indifference to human life, in a dense choral setting. And the Adams work, Cathedrals in the Desert, another text-free choral setting, catches the ear with its manipulation of speed and texture. 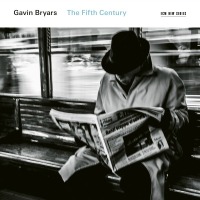 As an expression of contemporary choral sound, The Colorado has a kindred spirit in the latest Gavin Bryars disc, The Fifth Century [ECM]. The choir here is the Crossing, an American ensemble, which on the title work is accompanied, with an uncommonly gentle sound, by the Prism Saxophone Quartet.

Many listeners still think of Bryars in terms of his early Minimalist tape loop piece, Jesus’ Blood Never Failed Me Yet, but he has traveled light years since then. The Fifth Century is a setting of verses from Centuries of Meditations, a mystical work by the 17th-century English theologian Thomas Traherne. In the verses Bryars chose, Traherne describes eternity, and God’s omnipresence, in sublime, almost Kabbalistic imagery, and Bryars’s response, throughout the score’s seven, slow, intensely focused movements, is rich and otherworldly.

One of its attractions is a peculiar trick of choral writing, heard most notably in the fourth movement, “Eternity Is a Mysterious Absence of Time and Ages,” in which a line, or even a single word, begins in one voice (say, the sopranos), which may sustain a single syllable over several bars while another voice, and then another, picks up the text. The result is a shimmering setting in which the text moves restlessly, and seductively, through the choral fabric.

Few choral techniques are untried here: Block harmonies, solo voices moving through the texture, and subtle shifts of balance and coloration, to say nothing of the score’s wide-ranging, richly chromatic melody lines, all contribute to making this a mesmerizing score, its consistently slow tempos notwithstanding.

Two Love Songs, a pair of a cappella Petrarch settings that close the disc, also unfold slowly, but the aura of eternal mystery that shrouds The Fifth Century gives way here to clarity of line and rich emotional undercurrent, which makes these short pieces as exquisite as the settings in the larger score. As someone who once found Bryars’ music more annoying than mesmerizing, I have to say that the works here have made me regard him differently. Revisiting some of his earlier music is definitely on the to-do list for 2017.

The indie-classical composer’s quirky, trademark style gets a few new twists in his latest song collection.