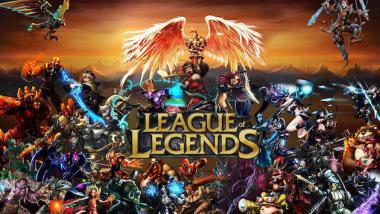 Game On: How Classical Music Helps Create the World of Online Role-Playing Games 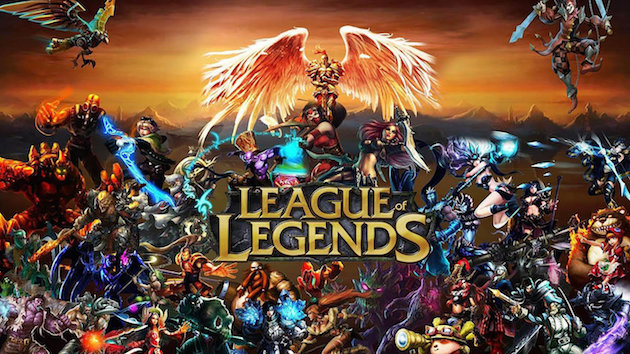 Every day around the globe millions of people log on to compete in the most widely played video game on the planet — League of Legends — produced by the global giant, Riot Games. Singly and in teams they immerse themselves in League of Legends’ virtual world, shedding their daily identities in favor of their on-screen avatar chosen from one of the game’s 145 characters and champions, from Atrox to Zyra.

Since its founding in 2006 by Brandon Beck and Marc Merrill, Riot Games has become a worldwide leader by offering its essential downloadable software for free, then charging players (substantially) for the ability to customize the look of their characters, known as “skins.” These visual add-ons, plus the revenue produced through its merchandizing of clothing, art, and collectibles have made Riot Games a multibillion-dollar enterprise with tens of thousands of employees (known as “Rioters”) and 20 offices worldwide.

Think of it this way: More people may log on to play League of Legends on a given day then will buy tickets to see the worldwide release of all but the most popular feature films.

RIOT provides a Mecca for the new generation of composers and sound designers that have gravitated to video games. And while most are gamers themselves, as composer/musician and lead sound designer for Riot’s Los Angeles League of Legends team, Craig Deskins, points out, “A proficiency with playing video games has very little correlation with how good you are at making video games. The skills you need are very different.”

In case you are unaware, video games and video game music have come a long way from the 8-bit MIDI sound effects of Donkey Kong.  It’s a musical realm that has produced its own roster of superstar composers beginning in the 1980s with synthesizer “techno” scores created for games like The Revenge of Shinobi and Streets of Rage by Yuzo Koshiro; Koji Kondo’s accompaniment for Super Mario Brothers; and Nobuo Uematsu’s influential scores for the highly successful Final Fantasy series. To the point that Uematsu has gained the title of “the Beethoven of video games music.”

Today’s video games feature electro/symphonic scores by composers like Austin Wintory (the first composer to receive a Grammy nomination for a video game score); Andrew Skeet (who has released two albums of his video game music recorded with the London Philharmonic Orchestra); Jeremy Soule (who has composed the scores to more than 60 video games); and Chad Seiter (who has scored games from Tabloid Tycoon to Pokémon: Symphonic Evolutions. There are worldwide concert tours of video game music that attract audiences large enough to fill the 17,000 seats of the Hollywood Bowl.

A graduate of Vancouver Film School with a degree in Interactive Arts & Video, Deskins emphasizes that it takes an entire community of musicians, composers, sound designers, programmers, visual effects designers, and technical-support experts to make League of Legends the ongoing success that it is.

Essentially there are two types of video games. There is the type you can buy and play on your Xbox, PlayStation, or in an arcade — the type of game that challenges you to work through levels of obstacles and adversaries until you reach the finish. League of Legends represents an entirely different level of video game competition. It’s referred to as a MOBA (Multiplayer Online Battle Arena) (as opposed to a MMORPG, a Massively Multiplayer Online Role-Playing Game). By design, it has no finishing point. Its “nondeterministic” confrontations, solutions, and resolutions are forever being modified and reconfigured — as is the musical/soundscape that accompanies it.

As a result, League of Legends’ lead composer, Edouard Brenneisen, is called on to constantly revise and create new musical pathways and character motifs which he composes, then conducts with a full studio orchestra. In fact, Brenneisen pointed out, League of Legends requires so much music to be composed and recorded that RIOT maintains a special musicians union agreement that allows for an open-ended recording schedule.

“Unlike a film score,” says Brenneisen, “when you have to think about the effect you want to create at a given moment, in a video game you have to constantly think in terms of the next of multiple possibilities. The music can do this, or the music can do that. It all depends on the choices made by the player. Does he go toward the forest or the waterfall? Each choice requires a different musical mix.”

Since League of Legends is open-ended, the compositional and sound design process also has to constantly evolve to maintain player interest.

“Every two weeks we have to create a new pitch with downloadable content,” says the team’s audio director, Matteo Stronati. “We constantly have to make things fresh to make sure the identity of the game remains exciting with new characters, new champions, and new skins. When you consider that League of Legends has been around for 10 years that is an immense amount of content.”

The fact is, MMORPG video gaming has taken on the level of a global obsession.

“It’s not uncommon for players to spend hundreds of hours immersed in the virtual world of League of Legends,” says sound designer Alison Ho. “They have a character and they live in it. It is this level of total immersion that creates the need for us to constantly come up with ongoing innovations to the game, the way the characters look and the way the game sounds. We also rely heavily on feedback from our fans.”

The Wizards of Riot Games

Hidden behind its discretely landscaped façade on Olympic Blvd. in West Los Angeles, Riot Games’ campus is home to 3,000 employees. It is as competitive an environment as Google or Apple, where trade secrets are highly guarded. Just to enter the doors to meet with the composers and sound designers behind League of Legends, I had to sign a non-disclosure agreement. I was then escorted into the inner sanctum, past the gigantic growling character of Tibbers, past the pirate-themed coffee bar, and into the conference room. It was immediately apparent that I was the oldest one in the room. This is a young person’s industry, with the average age for Rioters in their late 20s to early 30s.

The team is international, with three Americans, one Italian (Matteo Stronati), and one Frenchman (Brenneisen, the oldest of the team at 37). They are all musicians (tending toward rock and jazz), most have played in bands, they hold degrees in music, sound design, and interactive arts and video. Two (Julian Samal, and Stronati) attended the Berklee College of Music in Boston. They all grew up playing video games.

Brenneisen spent his youth in Paris where his mother introduced him to the music of Ravel, Prokofiev, and Italian opera, all of which, he says with pride, he tries to incorporate into his scores for League of Legends. But, he adds, “I was also heavily influenced by jazz and the rock music of Queen.”

Putting It All Together

“The process is totally collaborative,” explains Samal, the team’s voiceover designer. An idea can come from different directions. A visual effects artist could have an idea for a new way a character might move through space. A sound designer might respond by saying ‘I’ve never thought about making the sound move that way.’ Their ideas impact the effects designers and the composer.”

Brenneisen says that the composer is consulted at various points on the project.

“It depends on the project,” he explains. “Riot has a reputation for putting music at the forefront. In some cases, it actually comes first. By the time we get to add the music in post-production, I will be working closely with the sound designers to fuse the music with the sounds they’ve created. In League of Legends, we have 145 different characters with hundreds and thousands of skins that are continuously evolving. Of those, 80 or 90 have their own individual themes.”

Which means Brenneisen spends a lot of time on the soundstage.

“We [Riot Games] have a special contract with the American Federation of Musicians that allows us to record as often as we need to. Every month you will find me at Warner Brothers or Sony or Fox. Riot is very supportive of our orchestral commitment. Even though it is costly, they recognize it’s the effort we put into generating League of Legends’ IP [Intellectual Property] that defines our product.”

“Every day,” Ho point out, “dozens and dozens of millions of players are playing League of Legends. They’re from all over the world, all nationalities, creeds, religions, genders, and sexual orientation. The fascinating thing is that they perceive themselves as a single community.”

And where is it all headed?

“I think the future of gaming,” says Stronati, “is making the lines more blurry [sic] in terms of the interaction between humans and technology. That’s where we’re going. In the years to come we are going to see more and more of that, until there is no separation between humans and technology. Gaming removes the traditional concepts of space and time. The moment you’re able to enter a virtual world where you play and communicate with another human you’ve never seen, in another part of the world, the game becomes your universal language.”

Note: This article has been updated and corrected.

At home conducting everything from Orff to the latest video game, the in-demand conductor and educator is a champion for minority and women composers.

The S.F. Symphony Gets Its Video Game On