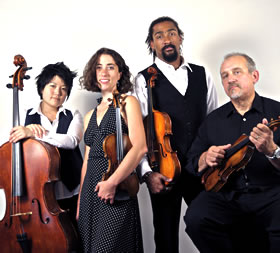 Quartet San Francisco was created in the name of music education. Founder Jeremy Cohn was doing educational work for the San Francisco Symphony when the idea for the group struck him. “I was lamenting that there wasn’t more fun material to play for the kids … I noticed that the kids got particularly excited when they heard music that was from their lifetime.” The seed of the idea — finding music that related to children — blossomed into a full repertoire of music that spoke to audiences of all ages. The group was nominated for its first of three Grammys in 2006 and almost immediately felt the impact of newfound fame and its extended reach for music education.

“We’ve always had a very strong component of not only educating kids but educating adults on chamber music and this style of music making. Familiarity with what we do draws our audiences much closer to us and they feel much more of an experience. It gives them more knowledge about the piece and then they own it more when they hear it,” explains Cohn.

The group will not disappoint with its interactive program for the upcoming performance presented by Music at Kohl Mansion. (Read more about the free and family friendly event.) Repertoire from their latest Grammy nominated album QSF Plays Brubeck will be presented along with tangos and Cohn’s original pieces. “It’s a blend of everything we’ve been up to for the last couple of years.”

Discovering the Music of our Forebears 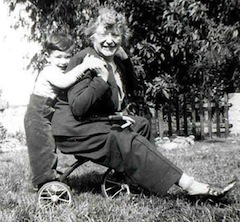 Music is heavily influenced by culture. This has been seen throughout our history from Hildegard von Bingen to Mozart to Janáček. On Thursday evening Great Performances on PBS will highlight The Thomashefskys. This documentary hosted by the grandson of the great Thomashefskys, Michael Tilson Thomas, will show their life as they catapulted to stardom through the Yiddish theater scene in New York City.

In San Francisco, we are lucky enough to not only have Tilson Thomas at our fingertips but to have SF Jazz in our backyard. SF Jazz work tirelessly to promote and educate on the incredible history of jazz. Director of Education Rebecca Mauleon explained the breadth and depth of the organization’s dedication to education. “Our education offerings comprise of a variety of programs, everything from hands on playing to music appreciation to a curricular component that happens in the middle schools in San Francisco.”

One of the many education programs is the Discovery Jazz course, which is currently highlighting women in Jazz. “Women have a very important role in this history and typically have been under-represented.” The Women in Jazz series is a collaboration with the Jazz Heritage Center highlighting not only the vocalists, but also instrumentalists and bandleaders who impacted jazz history. Next week’s installment of the series will highlight “Jews, African Americans, and Women in Songwriting” building upon the momentum of The Thomashefskys and highlighting the incredible cultural influences in this pivotal music.

Let's Hear It For the Boys 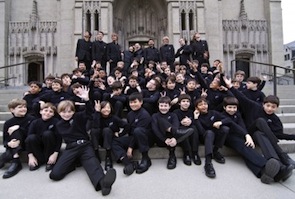 Singing has generally always been associated with girls. When a little boy wants to share his voice with the world he may be mocked or told to go play outside. Luckily, that stereotype is changing; culturally with the popularity of shows such as Glee and The Voice, and locally with incredible groups such as the Pacific Boychoir and the Ragazzi Continuo.

The Pacific Boychoir is dedicated to excellence, and its boys are challenged and encouraged in their craft. The academy is based in an old tradition of boy choirs and is dedicated to all that tradition entails. The upcoming concert this Friday will focus heavily on tradition as the group explores its American roots. The concert will highlight spirituals and hymnals for which the group has been praised for their riveting interpretations.

The joyous singing will continue as the Ragazzi Continuo takes the stage on Saturday and Sunday. This group is a statement to the importance of boy choirs. The group was founded in 2010 by seven alumni of the Ragazzi Boys Chorus. They began the group to continue their pursuit of singing with their boyhood friends. They will show their mastery of voice with a tour of Spanish and Latin American repertoire, as well as music arranged by members of the group.