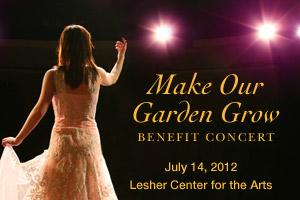 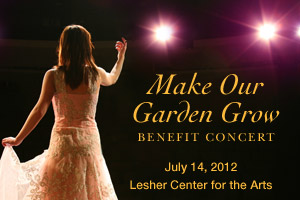 The reality of the arts world has changed. What once were common practices have put many groups out of business. The way art and music was experienced by audiences was changing long before the recent recession began, but this became critical as all aspects of programs were analyzed and many cut or trimmed. The importance of responding to the surrounding economic climate has been all too evident for many Bay Area arts groups, including Festival Opera of Walnut Creek.

Executive Director Sara Nealy joined that company in March 2011. It did not take long for her to realize that changes needed to be made. “Like many companies, they fell into the trap — in the name of doing great work — of expense-based budgets,” she remarks. This model could not be sustained, so Nealy began an extensive process to determine what steps needed to be taken. “The bottom line, is we can’t keep doing the same things as before and expect different results.”

Nealy reached out not only to board members and patrons, but also to members of the community, including former mayors and fellow executive directors around the Bay Area, for their thoughts on the importance of Festival Opera and its future. The consensus was undeniable: The vitality of Festival Opera was essential and relevant. This feedback and the collective wisdom gathered through this endeavor formed the basis for the company’s current season, and the seasons to come. With a renewed sense of purpose and a new perspective on outcomes, Nealy reexamined the budget and changed it from expense-based to revenue-based, in the process cutting it nearly in half. This meant giving up an office, as well as part-time staff. “It’s what we have to do right now.… We’re rebuilding and re-imagining what this can be.”

Nealy set out to re-invent the season and stabilize the company. Last Sunday, the Opera Chorus returned for the beloved Opera in the Park. On July 14, Festival Opera will return to the Lesher Center, but this time not for a full Opera production. Rather, in an effort to stay connected with loyal patrons, Festival Opera has planned a delightful treat. Nealy reached out to the principal singers who have helped shape the majesty of Festival Opera and asked them to return for a benefit concert.

“Challenge breeds opportunities to try things you may not have tried before.” – Sara Nealy

Some 23 principals and members of the Opera Chorus have volunteered their time and talents to create a memorable evening that will celebrate Festival Opera and its inspiring community. Additionally, the orchestra members have donated their services to carry the engaging music for the night. As if that were not enough, mezzo-soprano Susanne Mentzer of the Metropolitan Opera will also perform at the concert, making it a night not to be missed — for a company not to be lost.

“Challenge breeds opportunities to try things you may not have tried before,” Nealy says of the upcoming season. In the fall, Festival Opera will explore affliction through a new opera pastiche titled About Face – An Opera Experience. This program was inspired by soprano Heidi Moss, who was stricken with Bell’s palsy, resulting in facial paralysis. “This is not unlike people who have any physical deformity, and beyond that it’s really not unlike any of us. We all are, in a sense, judged by how we look,” Nealy says, to explain the creation of the work. The program’s first half will focus on famous characters throughout opera that bear physical afflictions. Act 2 will present the contemporary chamber opera The Face on the Barroom Floor, by Henry Mollicone. In the winter Festival Opera will explore contemporary chamber opera once again with Viktor Ullman’s Emperor of Atlantis, a work that has long been waiting in the wings.

Nealy is eagerly anticipating what she refers to as her company’s transition season, plus many seasons to follow. “We look to the future to build back in a very creative way. It will be a re-imagining of the company. We have the opportunity to energize and inspire people in the community — that’s our hope and our intention.”