Continued Inspiration From the S.F. Conservatory of Music 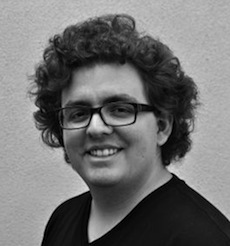 One of the Bay Area’s pride and joys is the San Francisco Conservatory of Music. This is no surprise to anyone living in area who has had the pleasure of attending any one of the Conservatory’s 400 performances each year. Not only does the Conservatory inspire and enhance the community, it fosters incredible talent that bursts from every hall.

One such talent is composer Louis Cruz. Cruz is only in his Junior year but he has already made a lasting impression on the school. Last year his string quartet Le Coucher du soleil earned international acclaim winning the inaugural San Francisco-Shanghai International Chamber Music Festival. Cruz finds himself in the spotlight once again this year winning the prestigious Highsmith Competition for his work Calafia. He is the youngest winner to earn this title since 1985, beating out fellow undergraduate and graduate students, as well as Conservatory alumni. The work focuses on California itself: “Cruz makes skillful use of a California state song, quoting fragments throughout the work and culminating in a full statement of the tune which is both whimsical and powerful,” explains faculty composer and Cruz’s mentor David Conte.

Calafia will have an informal reading in May but audiences must wait until next Fall to hear the majesty of the work by the Conservatory Orchestra. It will no doubt be a testament to the daily inspiration felt by every student, faculty and audience member at the Conservatory. 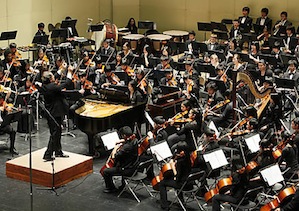 Tradition is strong in every musical setting. And the traditions found in technique, culture, performance style, and musicality shape how music is experienced and enjoyed. Musical excellence and innovation have long been hallmarks embraced at the California Youth Symphony: This year marks the 60th season of CYS, making it one of the state’s oldest youth orchestras. As only could be expected from a youth orchestra, CYS will celebrate with their plethora of alumni in the strong tradition they have helped shape. All alumni are invited back to participate in the Reunion Concert and break bead with all those who have been a part of the incredible group.

The reputation of CYS is well deserved. The Symphony has the title of being the first youth orchestra to travel overseas, which they repeated in 15 additional oversees tours. From humble beginnings with a single orchestra, the organization has exploded over the decades to eight ensembles involving nearly 500 young musicians. The incredible impact of CYS can barely be fathomed, but will certainly be felt as the alumni take the stage together once again.

Call It an Instinct: Getting Kids Hip to Music 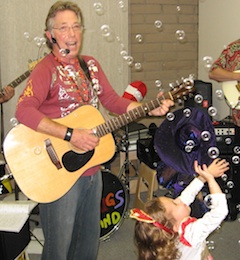 Music is meant to be felt, not simply heard. It can effect the way you think and act. It can alter your mood and enhance your life. But how do you explain the gravity of music to children? The Bay Area Discovery Museum is delving into getting kids hip to music in the method they have perfected — exploration and innovation. All performances are interactive and geared to bring children’s thought and emotions out with the music. Rose Kelly, who manages the series, explains the motivation for starting the program. “The Hip Kid’s Music Series was developed to stimulate a child’s curiosity and imagination as well as appeal to parents and caregivers. The shows are highly interactive and the audience is encouraged to sing, clap, and dance along. Audience members are often invited on stage to assist a performer by doing everything from laying down a track of music to singing a solo.”

Three performances remain in this year’s series which will span the musical continuum (read more here). The artists waiting to explore music vary from pop to jazz to indie pop. The exposure to different genres may be enough to invigorate the audience, but all of the artists focus on songs geared towards children. The artists all work to bring out the delight and exhilaration that only music can truly capture. “We believe that early exposure to the visual and performing arts helps children to develop a lifelong connection to both creating and supporting the arts. They may grow up to be fiddle player, jazz dancers, or art patrons. In our increasingly digital world, this connection is very important.”