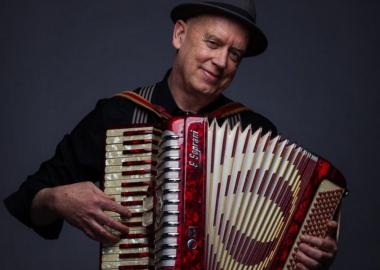 Librettists Give Opera Something to Sing About

It’s generally a given that the wordsmiths behind great works of musical theater — opera included — get a lot less credit than their composing counterparts. Indeed, librettists are often, well, unsung. And yet, what would Sullivan be without Gilbert, Rodgers without Hammerstein, Mozart without da Ponte, or Verdi sans Boito? The list can go on, and while Mozart and Verdi also worked with other librettists during their illustrious careers, their most satisfying theater works happened when their dramatic and thrilling music was enhanced by an equally exceptional text.

One such synergistic partnership is that of composer Jake Heggie and librettist Gene Scheer, whose numerous projects include Moby-Dick, which premiered at Dallas Opera in 2010, Camille Claudel: Into the Fire, a song cycle (now often staged) with Joyce di Donato and the Alexander String Quartet from 2012 and It’s a Wonderful Life, based on Frank Capra’s 1946 perennial holiday film and commissioned by Houston Grand Opera, where it premiered in 2016.

Scheer, who lives in New York and is also a composer (he penned the song “American Anthem,” which was prominently featured in Ken Burns’s Emmy Award-winning documentary, The War), is the first to admit that the “business [of opera] is composer-centric. But you need to write a story and it must be something that needs music to complete it — something that is idiosyncratically operatic. Music is the thing,” he added, “but it’s also telling the story.”

Scheer explained that for him, writing an opera libretto is like constructing a scenario for a silent film. “The stories are usually very simple and the poetry was in the cinematography. Here the poetry is in the music. I’m not belittling the text — it’s what people are singing about. Mimì [La bohème] comes up the stairs, lights the candle and drops the key on the floor. Rodolfo finds it and without knowing a single word you can feel what’s going on. He sings, “Che gelida manina” [What a frozen little hand], so the music is there to take these simple stories and make them feel emotionally real and important.”

Scheer went on to say that he looks for stories with high stakes. “They can be relatively simple, but the complexity is psychological. Our job is to construct the scaffolding. The music can win the day, that’s why we are there — and people are going to be singing this. That’s the challenge.”

And while Scheer has worked with, among others, composer Tobias Picker on An American Tragedy, a Metropolitan Opera premiere from 2005, as well as composer Jennifer Higdon on Cold Mountain, which had its debut at Santa Fe Opera in 2015 — and for which both artists received Grammy nominations — the librettist calls Heggie “a great musical collaborator.”

“He’s someone who’s thinking theatrically and how music can tell the story. You feel like you don’t have to walk on eggshells,” noted Scheer, “and it’s a very honest relationship where we’re trying to get the story told in a musical way. We’re also singing out of the same hymnal [where] the singer is at the center of the operatic experience.”

As for trimming Melville’s 900-page classic while still keeping the author’s striking language and high-minded tone, Scheer said knew he needed to be brutal, cutting the first 200 pages of the book. That paid off, with The New York Times’ Steve Smith praising the libretto as “an economical wonder,” and “what remained was a taut, two-act adventure yarn.”

Explained Scheer: “It was important to show the story and not tell the story. In order to do that, this character Ishmael [is renamed] Greenhorn who’s never been on a whale ship. It’s [his] education and we’re following his journey with him. There’s no narrator in an opera, but there is a narrator — it’s the composer. He or she is filling in all the emotional material in between the sinew in the narration of the book.”

Somebody else who knows a thing or two about words — and whales — is Rinde Eckert. Writer, composer, librettist, musician, performer and director who was described as “a jack of all stage arts” by The New York Times, the polymath wrote and starred in And God Created Great Whales, in 2000, snagging an Obie award in the process. In it, Eckert, who played a composer losing his mind as he struggles to complete an opera of Moby-Dick, sang, spoke, and played piano and ukulele. Having composed and performed his own music/theater works since 1992, Eckert has tackled such diverse topics as the American theologian Reinhold Niebuhr in Horizon, from 2007, and an eccentric clockmaker in, Aging Magician (2017), a Beth Morrison Project (BMP) composed by Paola Prestini.

Along the way, Eckert has continued to rack up honors: He was a 2007 Pulitzer Prize finalist for Drama for his Orpheus X; he won a Grammy for Best Small Ensemble Performance as a collaborator on the 2011 album Lonely Motel; and was named one of 21 inaugural Doris Duke Artists in 2012.

For Eckert, who lives in New York, his method begins with asking questions. “My process is to get one fundamental question and it could be as simple as, ‘Where is he sitting?’ You look around and you’ve got a vision of a kind of character. Then you ask, ‘What is he wearing?’ You’re building a world. Each new decision you make necessitates further questions about who he is and why he’s behaving in the way he is.”

Eckert recalled that at one point while writing Aging Magician, Prestini was concerned that he hadn’t given her his text. “She really needed words and was starting to panic because I was late. She knew my work and trusted me [but] it was getting hairy. I had just made a workbench and [realized] that’s where he sits. I needed to know where he’s sitting and that bench ended up being used in the show. By the end of the week, I had a libretto for her because once I was sitting there, suddenly the thing fell into place and I was writing like crazy.”

The New York Times’ Anthony Thommasini called the 70-minute hybrid theatrical fable “poignant, entrancing” and Aging Magician has been performed numerous times in various venues. In fact, Eckert was in San Diego in March where the work was scheduled to be produced by San Diego Opera, until COVID-19 intervened.

Since then, he’s been making use of his time in quarantine by writing and playing music — he’s got some 100 instruments — and working on his latest project. Based on Mark Twain and his Huckleberry Finn, the work, commissioned by New Jersey’s Two River Theater, will be directed by frequent Eckert collaborator David Schweizer.

“The Mississippi becomes the River Styx and Twain is on his death bed and gets on a raft with Jim and Huck. It’s a journey of quasi-redemption. For this I’m using source material, and with Twain, you read everything he’s written and put it away and you dream. That’s another part of the process. Fill yourself full and pay attention to your dreams and where they’re leading you. With Twain, you start hearing his voice.”

Eckert defines a good collaboration as being about trust and communication. And because he’s seen work from so many angles — librettist, composer, actor, singer — he knows that he can “stand in the middle of what seems like chaos and if everybody gets lost, I’m not. I feel at home in the chaos and I provide that in my collaborations. If something’s needed I can provide it.”

It was particularly auspicious for both women, as neither had written an opera before prism, a psychological, reverse-narrative that deliberates on the post-traumatic stress that accompanies the suffering of a sexual assault. They met through James Darrah, who helmed prism, and thought that Perkins, an artist who writes and directs for theater, television, and film, and Reid, would work well together.

“We were both interested in thematics and playing with form,” explained Perkins. “That’s how we started talking. The actual process of making the work was a challenge [because] it was a new medium. But trusting myself that all my work and all the other forms had prepared me for this allowed me to experiment, without having to follow — or break all the rules for the sake of breaking them.”

Perkins pointed out that she wrote drafts and ideas and talked frequently with Reid, “but the libretto was fully written and the music came much later. It was a unique process in that way, because by the time I heard the music we’d been talking about emotional moments and how they should be sculpted, how we should feel. I don’t come from a musical background,” she added, “but I was trying to communicate in an emotional language of what we wanted things to feel like, what we wanted the audience to feel.”

For Perkins, who before writing prism, said she’d never seen an opera in its entirety, playwrighting and creating a libretto are “adjacent but definitely different. What was interesting for me, when I’m writing a play, I think a lot about rhythm as a huge part of the structure and you have ways on the page to reflect what those things should be. That’s a way to steer what moments would feel like.”

Perkins added that with a libretto, rhythm becomes something different. “How can I say enough but build space for the composer to say the rest of it? It was like writing a piece where half of it was silent — half was carving space for filling it. Trusting in that architecture and that it would work are different experiences in the writing process. I don’t know if I consider them fundamentally opposite, because it’s always about storytelling.”

And storytelling involves characters, with Scheer admitting that the last character in opera is the audience. “For various reasons we’re a niche part of the culture. We’re trying to appeal to, relatively speaking, a small audience. This isn’t the 19th century, when 400,000 people carried Verdi’s coffin. The stakes are very high and there’s a lot of pressure — the audience response, the reviewers’ response — in terms of the financial future of a piece. Or just the future of the piece, period. It’s a difficult thing to make work and that’s why I’m gratified it has worked [for me] a number of times.”

The “modern-day Diaghilev” talks about her role bringing groundbreaking works to the stage.

Given the fabulous reviews that composer Jake Heggie’s and librettist Gene Scheer’s latest opera has received in Dallas and San Diego, why wouldn’t you want to see the SFO premiere of this heralded work by our local-boy-made-good?