Welcome to SFCV’s year-end roundup of recordings released in 2021 by Los Angeles area artists. Every year we’re amazed at the musical riches from the cultural scenes we cover, and this year more so than ever. Despite the strictures of the lockdown, artists managed to create a lot of brand-new music and find creative ways to record it, while many organizations scoured their archives for great, unreleased music that deserved a fresh listen.

Our list isn’t limited to classical music: We have a little bit of everything to offer. We can’t claim that our roster is comprehensive, but we have tried to provide a solid sample of the area’s musical wealth. There is so much great music here that we aren’t able to hear or review over the year, and this is one way for us to catch up.

We offer this listing with no editorializing or reviews: Blurbs are drawn primarily from artist and label promotional materials. Album titles and cover images are linked to sites with more information and purchasing options. We hope you find something new and interesting as you peruse the listing. Take a chance and enjoy the diversity of sounds available here. Feel free to add your comments and suggestions via Disqus (below) or on our Facebook page, and please share this with your musical friends. 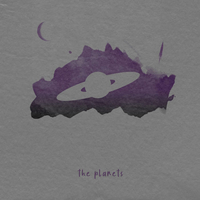 USC Thornton students are featured on the first full-length album from jazz trumpeter and composer Ethan Chilton. About the genesis of the project, Chilton writes, “I’ve been obsessed with space since the first grade. I knew every obscure fact about every planet and could recite the entire history of the universe. I'm fascinated by the extremes that are involved — hot and cold, slow and fast, big and small. The Planets features nine originals arranged for a different ensemble on each track. The music is a mix of ECM-inspired small-group playing, angular contemporary jazz, reimagined string quartets, and synth-driven sound collages.” 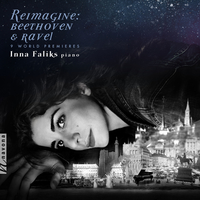 Pianist Inna Faliks recruited nine contemporary composers for this album that reworks the classics. Beethoven’s Bagatelles, Op. 126, and Ravel’s Gaspard de la nuit are the jumping-off points for new pieces by Richard Danielpour, Paola Prestini, Billy Childs, and more. The goal: be breathtakingly innovative while remaining respectful to the source material. SFCV reviewed the release back in June. (Navona Records) 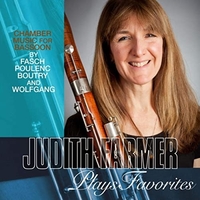 An album from late last year (Dec. 24, 2020) to catch up on. Bassoonist Judith Farmer began the project even earlier (2001!) but only got around to mastering the recordings of Francis Poulenc, Johann Friedrich Fasch, and more recently. She says in the liner notes, “The recordings have been sitting on my desk waiting to be edited. … One of the silver linings of the stay-at-home orders during the global pandemic has been finally being able to make time for just such a project.” (VSIP Records) 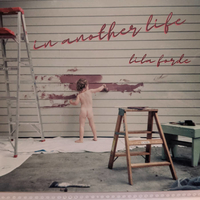 Another recent release from a USC Thornton Jazz Studies alum. Forde’s EP is all originals, recorded when COVID-19 hit and the world shut down. She sings on each track and is joined by a small jazz setup: tenor sax, guitar, piano, percussion. “It’s really groove-based,” Forde said in a January interview with the university’s newspaper. “It’s harmony-heavy like a complex jazz harmony but not super intellectual heady cerebral like jazz can often be.” 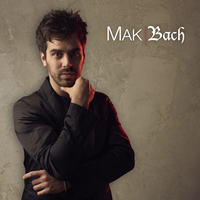 Grammy-nominated guitarist Mak Grgic brings three beloved solo masterworks to a classical guitar refretted in Baroque well-temperament, where each key has its own unique character or affekt. Alternating with chorale arrangements, these works gain a depth and vibrancy that has been missing for over 200 years and promise to thrill audiences who were captivated by the guitarist’s recording of the Bach Chaconne (from MAKrotonal, a previous MicroFest release). (MicroFest Records) 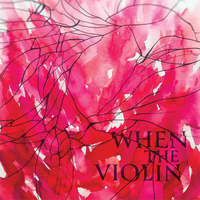 Vijay Gupta is more than a violinist. The founder and artistic director of L.A.’s Street Symphony embodies the artist-as-citizen ethos. In 2021, Gupta launched his own label, and When the Violin is the centerpiece of the recordings he’s put out this year. The album shares its name with a short work by regular collaborator Reena Esmail, but also featured: Esa-Pekka Salonen’s Lachen verlernt and J.S. Bach’s Violin Sonata for No. 1 in G Minor. (Vidya Projects) 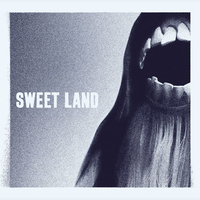 L.A.’s experimental opera company, The Industry, premiered Sweet Land in 2020. Performances were cut short by the pandemic, but the piece has lived on in recorded format — first as a video experience, and now as an album proper. There’s a standard edition, and then a bit more. The exclusive Bandcamp deluxe edition features a bonus track and a booklet illustrated with images from the live performance. SFCV covered Sweet Land in its world premiere, on site at Los Angeles State Historic Park. (The Industry Records) 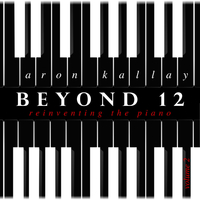 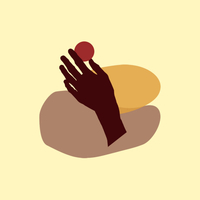 Five new works for piano that celebrate simplicity on the surface but below teem with sly twists and sleight-of-hand, performed by L.A. pianist David Kaplan. Composer Elliot Cole writes, “David's sensitivity and understanding shines in this performance, but I wrote these pieces for less brilliant pianists than him, too — amateur and lapsarian pianists like me. So I encourage you not just to listen to these, but to get a copy of the score and put your hands on a few bars.” 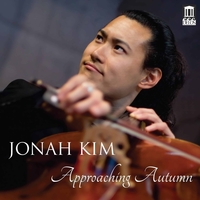 Cellist Jonah Kim plays a wide-ranging program, joined in two of the three works by esteemed collaborative pianist Robert Koenig. The recording begins with a Mount Everest for cellists, the Sonata for Solo Cello by Zoltan Kodály, and ends with Grieg’s beloved Sonata. The album’s title work, Approaching Autumn, is an atmospheric and adventurous duo in one movement by composer Mark Abel. Kim writes, “Working on this album got me through some of the darker moments many of us have had to live through in recent times. I can’t thank Mark enough for the gift of his piece we named the album after.” (Delos) 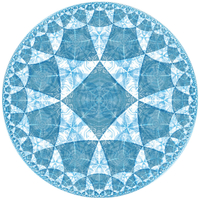 “Ever wonder what a M.C. Escher woodcut sounds like?” is the tagline for this MicroFest album. California composer Daniel Corral figured eight electric guitars would do the trick and premiered the piece in front of Walt Disney Concert Hall to celebrate the Los Angeles Philharmonic’s 100th birthday. Now, there’s a studio recording where the Los Angeles Electric 8 do for the ears what Escher does for the eyes. (MicroFest Records) 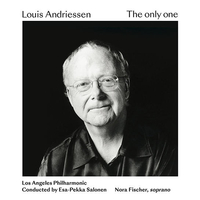 Esa-Pekka Salonen conducted the LA Phil in the world premiere of this work in May 2019, and Nonesuch Records has captured the Disney Hall performance. Andriessen, who died in 2021, crafted his piece around soprano Nora Fischer, of whom he spoke highly. “The depth of her versatility has strongly influenced the musical language of the piece,” the composer said, and of course, Fischer is the soloist on this recording. SFCV was there at the 2019 premiere. (Nonesuch Records) 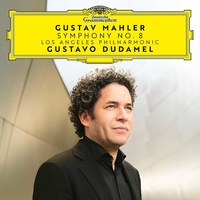 Mahler: Symphony No. 8, “Symphony of a Thousand”

Dudamel’s take on Mahler’s Eighth closed out the LA Phil’s 2018–2019 season, and those performances were the raw material for the orchestra’s latest recording. It isn’t quite a thousand players, but the lineup of soloists and choruses — Los Angeles Master Chorale, Pacific Chorale, Los Angeles Children’s Chorus, and more — is impressive all the same. SFCV was in the hall for the first performance, May 30, 2019. (Deutsche Grammophon) 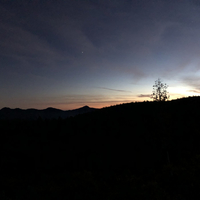 A moonbeam is just a filtered sunbeam 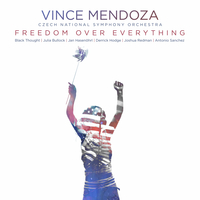 Grammy-winner Vince Mendoza returns to his roots as a composer and conductor with this recording, collaborating with the Czech National Symphony Orchestra, soprano Julia Bullock, guest artists Joshua Redman, Antonio Sanchez, Derrick Hodge, and The Roots’ MC, Black Thought. Mendoza’s five-movement Concerto for Orchestra opens the album, and Bullock solos in his new song cycle, To the Edge of Longing. SFCV reviewed the release back in September. (Modern Recordings/BMG) 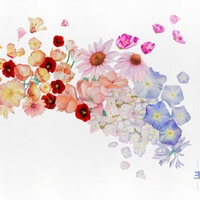 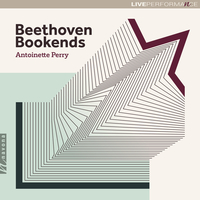 Pianist Antoinette Perry takes listeners from Beethoven’s Op. 7 — the composer’s favorite of his early sonatas — through the Bagatelles of Op. 119 to the final piano sonata, Op. 111. With this “bookend” repertoire, recorded live at the Aspen Music Festival, Perry explores both Beethoven’s mastery of classical forms and his desire to rebel against them. (Navona Records) 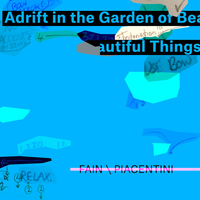 Adrift in the Garden of Beautiful Things

Two musical friends come together on one EP. Guitarist Giovanni Piacentini collaborated with violinist Tim Fain for this recording that starts with juxtapositions: plucked and strummed strings against bowed ones. Both performers are composers too, and the balancing act comes to the fore on some tracks (“Resonance,” a composition by Fain, arranged here by Piacentini). (Blind Bay Records) 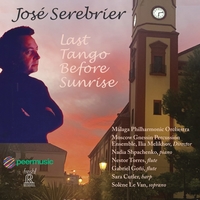 L.A. pianist Nadia Shpachenko is a featured performer on this album, dedicated to the music of Uruguayan conductor and composer José Serebrier. She plays the earliest composition on the timeline — Serebrier’s Piano Sonata (1957) — here in its world-premiere recording. (Reference Recordings) 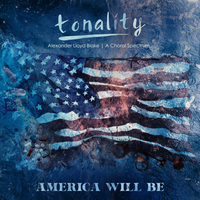 With their second album, Tonality and conductor Alexander Lloyd Blake expand the mission of the award-winning Los Angeles choral group to “to unify our community through social outreach and serve as a beacon of peace, empathy, and justice.” The recording’s 11 tracks sing of America, in all its flaws, glory, and, most importantly, possibility. America Will Be features new commissions by Melissa Dunphy, Roman GianArthur, Shawn Kirchner, Cristian Larios, Joel Thompson, Joseph Trapanese, and Alex Wurman, along with covers of classics by Sam Cooke and Paul Simon. (Aerocade Music) 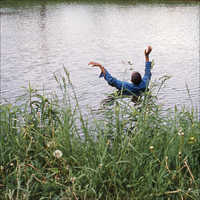 Wild Up calls this album just the “opening entry in [a planned] multivolume anthology celebrating Eastman, the late composer whose amalgamated musical vision was repeatedly dismissed during its day but is now being unearthed to critical acclaim.” The group comes alive inside this recording of Femenine, the epitome of Eastman’s longform “organic music” — where phrases live inside of phrases, multiple layers ebbing and flowing with the passage of time. (New Amsterdam Records)

The San Francisco Symphony and the LA Phil are up for awards again.