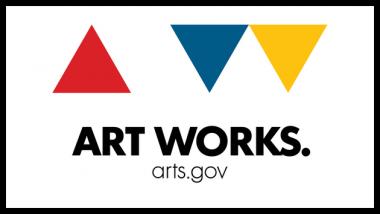 Most days of the year, a conversation about the federal budget is nothing but a source a grief. But there was some decidedly good news on the government-funded end of things last week. On Feb. 13, the National Endowment for the Arts (NEA) announced a big roster of grant recipients, with a sizable number of Bay Area arts organizations on the list.

Among the awarded institutions: San Francisco Opera, the San Francisco Symphony, and SFJAZZ. Because NEA grants are allotted for specific projects and not general operating costs, the money received by each organization will be in service to a set purpose. S.F. Opera’s grant will underwrite performances of The (R)evolution of Steve Jobs. S.F Symphony receives support for two separate youth programs. And SFJAZZ will continue to strengthen the mission of its Collective.

Other beneficiaries include Voices of Music, in support of the ensemble’s “Musical Crossroads” program; Left Coast Chamber Ensemble, for the production of a new opera titled Artemisia; and Kronos Quartet, who will stage their fifth-annual Kronos Festival this year. Music at Kohl Mansion received funding for the Bay Area iteration of “Violins of Hope,” and the Santa Rosa Symphony, with its second NEA grant within a year, will collaborate with violinist Elena Urioste. Some notable Bay Area festivals — CAAMFest, SFFILM Fest, and the Silent Film Festival — also secured NEA support, via their parent organizations.

A full list of recipients, sorted geographically, can be found here. Nationally, the NEA proffered over $27 million in grants to artists from all 50 states, as well as Washington D.C. and Puerto Rico. California received 152 grants, totaling more than $3.5 million.

The early music ensemble colors outside the borders with inspiring collaborators from Azerbaijan and Québec.

The vacant position at one of the Bay Area’s chief arts organizations is finally filled.

Kronos Quartet gets the nod for chamber-music performance with Laurie Anderson on Landfall.