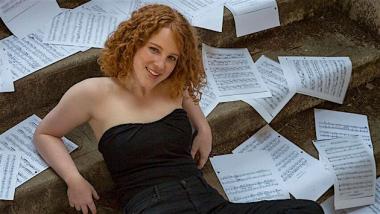 A couple of years ago, when Allegra Chapman and Laura Gaynon launched Bard Music West, the modernist-centered offspring of the famous Bard Music Festival, there was little fanfare, but we new-music nerds at SFCV rejoiced and took notice. Chapman and Gaynon wore most of the hats at that festival, and followed their exploration of Gyorgy Ligeti with another festival, last April, dedicated to Henry Cowell.

Well, the still-tiny festival has enough wind in its sails to increase its offerings in 2019. We’re still excited and tip our hats to the young entrepreneurs who were crazy enough to launch this scheme, which may, sometime in the future, realize enough money to let Chapman and Gaynon split a cup of coffee at a diner on the I-5. They are succeeding against the odds and enriching the area with an ambitious new arts event.

The 2019 calendar pushes the signature festival back to October and fills the spring season with a new series, “Bard Music West Plays,” headlined by “emerging” composers. The inaugural series, “Games and Revolutions,” March 29–30, features the music of Danny Clay and Gabriella Smith. Clay is known to use toy instruments as well as found objects, musical games, and interesting noises in his music. He’s collaborated with Kronos Quartet, Sarah Cahill, and Third Coast Percussion among many others. To get a feel for his music check out Playbook, which TCP posted to YouTube after its premiere.

Sharing the bill is Smith, a Bay Area native, whose Tumblebird Contrails will be performed by the Los Angeles Philharmonic under John Adams this January. She’s finishing her Ph.D. at Princeton but already has bushels of high-profile premieres, including at the 2014 Cabrillo Festival, under her belt. She likes the pitch bending and overtones of folk and roots music, which dovetails with her interest in ecology and natural sounds. There are also plenty of post-minimalist and rock-influenced grooves animating her music. She has such a command of structure that there are no long Gabriella Smith — everything takes about the amount of time that feels right. Carrot Revolution will show up on the Games and Revolutions concert, and it’s a real joy.

The 2019 Festival, Oct. 18–19 at Noe Valley Ministry, will be “The World of Grazyna Bacewicz.” Bacewicz (1909–1969), a virtuoso violinist and pianist and composer, wrote music before women were even minimally supported in the profession and is therefore, unlike Ligeti and Cowell, overdue for a reappraisal.

“Witold Lutoslawski called Bacewicz ‘one of the foremost women composers of all time,’ but we believe that she was one of the great composers of the twentieth century, period,” Chapman writes in the press release. “Our festival will be a rare opportunity to be immersed in her music which ranges from pure virtuosic fun to terribly moving statements on humanity. We also look forward to exploring her contemporaries from around World War II and its aftermath, many of whom are overlooked in their own right.”

It remains to be seen if they can execute this bold season, but the goals are laudable.

Henry Cowell's New World Is Still Very Much With Us

Bard Music West — an alluring conglomeration of tastes from the life of György Ligeti.