Since meeting him, Chinese-American composer Fang Man had wanted to write a concerto for Wu Wei, a specialist of the sheng, an ancient Chinese instrument that enjoys the distinction of being the oldest woodwind free-reed instrument in the world. Over three millennia old, the instrument was brought to Saint Petersburg in the late 18th century, where it inspired the creation of European free reed instruments like the accordion and harmonica. “The sheng has a very rich overtone,” Wu Wei says. “It’s soft, like human singing. But it can be very powerful.” He adds that although the quality of the sound is abstract, it is also elegant.

From March 3 through 5, the Song of the Flaming Phoenix, composed by Fang Man and performed by Wu Wei, will enjoy its world premiere at the San Francisco Symphony with Esa-Pekka Salonen at the helm. Commissioned by the League of American Orchestras, the piece was originally meant to be premiered in 2020, but its debut has been delayed until now due to the pandemic.

The instrument that Wu Wei will play is not the original sheng but a modified one, which was developed by one of his professors in Shanghai. The sheng he’ll perform on has 37 pipes as opposed to the conventional 17, which means that the instrument is more versatile and can play chords, polyphony, and a wider range of melodies as opposed to what is possible with a strictly diatonic instrument. It is an instrument that pairs beautifully with almost any other one, Wu Wei says.

Song of the Flaming Phoenix is composed using an octatonic pitch collection and makes use of birdsong, a frequent source of musical inspiration for Fang Man, who counts Olivier Messiaen as a creative forebear. “It’s a big challenge for me on this instrument, to try this kind of scale for the first time — and to try and find the harmony for this instrument,” Wu Wei says. According to Wu Wei, Fang Man embedded references to seven “very meaningful birds” in the piece. And one among them is the phoenix, “queen of the birds.” The sheng has often symbolized the phoenix in folklore, since the shape of the instrument vaguely resembles the bird, with wings outstretched vertically and a beak in front.

Wu Wei reemphasizes that the piece poses new performance challenges for him — especially given that it will require him to be in dialogue with the force of a full orchestra. With the piece, he forges ahead with his effort to widen the canon for the sheng, even including pieces with jazz and rock influences, and to induct the instrument into modern ensembles. 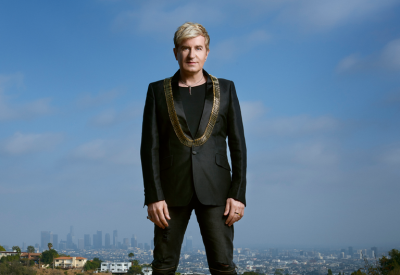 New Baton Whipping Up the Parade

As I stood in the deserted Civic Center station with only three others from the full house that had vociferously cheered the Saturday concert of the Los Angeles Philharmonic and its 28-year-old new music-director, Gustavo Dudamel, I reflected on L.A.’s love for the automobile. Is Dudamel the city’s new Ferrari, or is he just the winning float in the Rose Bowl parade, bestowed with colorful petals and dancing girls who obscure the true vehicle underneath, be it Corvette, Scion, or Edsel?

The musical ambassador talks about the challenges of playing the pipa, communicating through music, and her special bond with Lou Harrison.

Min tells SFCV about her anything-but-traditional approach to the pipa and her new soundtrack project with jazz guitarist Rez Abassi.

When Melody of China and Asian Improv Arts teamed up for “Shanghai Stories,” a concert of jazz and Chinese classical and folk music, exoticism brought a lacquered newness to familiar pleasures.