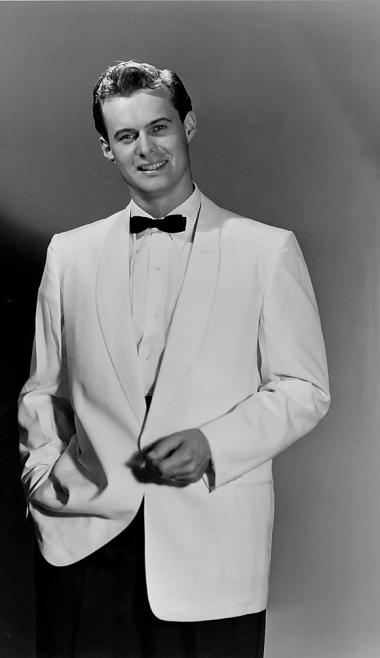 Farewell to Claude Heater at the End of a Long, Spectacular Life

In 92 years, Claude Heater traversed the few miles between Oakland, CA, where he was born in 1927 and his peaceful death of natural causes in St. Mary’s Hospital in San Francisco on May 28, by girding the globe, Candide-like, with more adventures than that fictional character — and all of them real.

A teenage LDS missionary and U.S. Marine, Heater went on to a 1950 Broadway debut as a singer and juggler in the original cast of Top Banana, starring Phil Silvers; the baritone in the jazz trio in the world premiere, at Brandeis University, of Leonard Bernstein’s Trouble in Tahiti; and winning the top prize in Arthur Godfrey’s Talent Scouts.

Heater always struggled with the conflict between his lifelong strong faith and what he felt were inconsistencies in the Mormon Church. After serving as a missionary and then soloist with the Utah Centennial Chorus, at a Testimony meeting he asked for excommunication as the only way to be removed from church rolls. In 2007, he wrote and published Fatal Flaws of the Most Correct Book on Earth.

In the 1960s, the six-foot-four-inch Siegfried-to-be sang baritone in Basel with Montserrat Caballé, alternated in roles with Dietrich Fischer-Dieskau and Hermann Prey in Berlin. Herbert von Karajan engaged him at the Vienna State Opera for three years and took him to La Scala to sing Melot in Tristan and Isolde with Birgit Nilsson, a role he reprised with Nilsson in Bayreuth and Hamburg.

In a 1958 column, Louella Parsons wrote: “The very difficult task of casting the role of Jesus in Ben-Hur has been completed in Rome and came about in a most unusual way. Henry Hennigson, production manager, went to the concert of a young American singer in Rome and heard Claude Heater, whose voice is not only magnificent but he has a beautiful spiritual face. Henningson told (director) William Wyler and (producer) Sam Zimbalist about young Heater, and as a result, he was tested and given the role.”

Neither the “magnificent voice” nor the “beautiful spiritual face” is seen in the film because of an English law that prohibited showing the face or the voice of someone portraying the part of Jesus, unless he is the central character.

There was some discussion about having two versions, as Wyler was pleased with Heater’s work. There is a glimpse of Heater’s face in the 1993 documentary Ben-Hur: The Making of An Epic, in a costume test photo. Heston spoke highly of Heater’s performance in his book The Actors Life. Heston and Heater appeared together in 2003 at a Ben-Hur screening at the Motion Picture Academy in Los Angeles, being the last two remaining actors from the film.

Heater’s baritone career concluded with a dozen roles at the San Francisco Opera, the last as Enrico Ashton to Joan Sutherland’s Lucia Ashton in the 1961 Lucia di Lammermoor. Heater used the GI Bill to study with Mario del Monaco in Rome and later with Max Lorenz in Munich and Salzburg, retraining as a tenor.

The culmination of his singing career began with the title role in Hans Werner Henze’s König Hirsch at the Bavarian State Opera, in 1964. He stayed there for four years, singing Siegmund, Tristan, Parsifal, Siegfried, and Tannhäuser.

He sang the roles of Siegmund and Melot at the Bayreuth Festival in 1966 and was to sing Siegfried the following year under Wieland Wagner, but due to the untimely death of Wieland, the project was canceled.

Heater’s idol was Mario Del Monaco, to whom he sold his white Cadillac. Their villas in Rome were attached by a single wall. Del Monaco came to Heater’s Flying Dutchman debut at La Scala, and Heater, in turn, went to Del Monaco’s Die Walküre debut in Stuttgart.

Heater was a fan of Ramón Vinay after seeing him in Franco Alfano’s Cyrano de Bergerac at La Scala and at the Metropolitan Opera as Otello. They became dear friends and admired each other’s singing. They both were honored when Vinay sang Iago in Heater’s production of Otello in Boston, which also starred Renata Tebaldi.

A half a century later, settled in San Francisco where he taught voice for the rest of his life, he also returned to his birthplace across the Bay to become general director of the Oakland Opera  during the 1988-1990 seasons, engaging Jerome Hines to appear in Boris Godunov.

In 1992, he ran a write-in campaign for Congress, admitting that it was a long shot, but regarding it as another avenue to connect with the public and give back.

Near the end of his life, he and soprano Juyeon Song, Heater’s long-time companion, created the company which astonished audiences and critics with a highly successful initial project of Tristan and Isolde. Said one review:

“When a brand-new, small organization decides to make its debut with Wagner’s mighty Tristan and Isolde, it’s a surprise. The best you can do is to wish them luck and hope this boundless daring will work out somehow.

“But wait. If you were in Herbst Theater Sunday afternoon and attended the Claude Heater Foundation’s concert production, you might have been shocked, rather than surprised.

“This was not an OK performance — it was a wonderful event I would strongly recommend to anyone, if only this wasn’t the one and only show. So look for the next presentation, perhaps an unabridged Ring (no smiley here).”

No Ring, but the Foundation had another surprise with a concert performance of Verdi’s Nabucco, set in the magnificent Sherith Israel Temple, competing with the coincidentally-timed Nabucco production by West Bay Opera.

The Foundation’s planned events for 2020 and beyond have been postponed due to COVID-19. When it is safe to do so, CHF plans European performances of Nabucco, and Tristan and Isolde, collaborations with European orchestras and choirs, a concert tribute to Heater in Berlin, and a CHF International Vocal Competition.

My heart is broken. Losing ‘Claudio’ after nearly 18 years together is simply unreal and the pain unbearable, but though I will grieve this great loss till the day I pass on myself, I will carry on the legacy of my loving partner and friend in every way possible.

Claude had a gigantic soul. His kind and sensitive spirit was what emanated a huge presence, but mostly it was his passion for opera, singers in general, and especially his own students. His devotion to all in his circle was deep, unconditional, and always a spiritual event for him and for others too. It was magnificent to see how much one man would give of himself for others.

Examples of his dedication to students included developing students’ voices daily, coaching them on their acting skills, and intensely preparing them with proper interpretations of their roles and arias. He nurtured every singer by his dedicated mentoring and unique technique, but also by providing lodging, meals, paying for travel expenses at times, and even buying clothing for his students’ auditions.

Creating and hearing great vocal sounds and operatic music itself was when Claude felt closest to God, and as a result, Claude sincerely believed music and art was the best vehicle for bringing the best out of people and the change needed in this world.

Even days before his passing, he was singing one of his favorite songs, ‘Some Enchanted Evening,’ to his nurses, doctors, and friends over the phone. His dedication was endless, vocalizing and exercising whenever he could and even into his last days.

I may have lost my best friend, teacher, mentor, family, and partner, but he lives in my heart forever. I am so grateful for his endless love for me, my singing, my happiness, and my future. I will honor him by keeping his great legacy alive. We all miss you and love you very much. I’m certain you are with Angels in Heaven or Valhalla, teaching them how to become heldentenors!”

An ambitious premiere from a new Bay Area arts organization is slated for next month.

This one-off concert production merits laurels for everyone involved.

Nabucco in the Temple Conquers Babylonians and Opera Fans

The Claude Heater Foundation comes up with another winner.