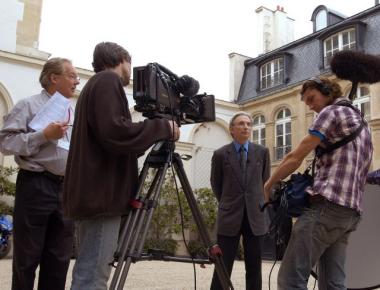 Nine one-hour documentary episodes, telling the stories of great works of classical music with accompanying concert performances, are being made available worldwide on YouTube in response to COVID-19 closures, which shut down Davies Symphony Hall and forced the orchestra to cancel its European tour. 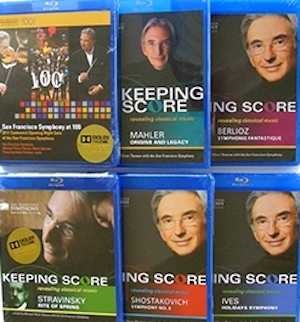 The series is the product of SFS Media, SF Symphony’s eight-time Grammy-winning in-house label. “Creating Keeping Score remains one of the most exciting journeys the San Francisco Symphony and I have taken together,” said SFS Music Director Michael Tilson Thomas, who narrates each documentary — from various locations around the world — and conducts the performances.

“It offers real insight into the origins of the music and the devotion of the musicians who keep its message a living tradition. As we all navigate our brave new world, I take pride in being able to share with everyone the music and stories that hold such deep meaning to me and my orchestra colleagues. Music connects us and has never been needed more.”

Through the nine one-hour documentaries, MTT and SFS trace the lives of eight influential composers from around the world. exploring motivations and influences behind major classical works by Tchaikovsky, Beethoven, Copland, Stravinsky, Berlioz, Ives, Shostakovich, and Mahler (the subject of two programs).

Each episode is accompanied by a one-hour concert program by the SF Symphony. Launched in 2004, Keeping Score was designed to make classical music accessible to people of all ages and musical backgrounds through groundbreaking television, radio, and educational components.

* Copland and the American Sound — The sounds of Jewish music, African American jazz, folk songs, cowboy ballads, and Latin American dances all played their parts in his compositions, which he hoped would bring people together in times of crises. Episode includes full-length concert performance of Appalachian Spring.

* Shostakovich Symphony No. 5 — When he wrote this fifth symphony, the composer was literally writing for his life. The risk was so high that Shostakovich slept on the stairs outside his apartment so the secret police would not wake his family when they came from him, as he was sure they would. Episode includes full-length concert performance of Shostakovich’s Symphony No. 5 in D Minor.

* Ives, Holidays Symphony — Ranging from tender sentiment to savage chaos, the music of Ives explores an essentially American riddle: how can we survive the relentless assault of our own success? It was an enigma Ives embodied himself. He believed that we should all be brave enough to go it alone — yet he earned his living in insurance.

From the sounds outside his bedroom window — a kind of sonic goulash of military marches, ethnic dance bands, church bells, ritual prayer, and nature itself — Gustav Mahler created an entire universe of emotion in music. In an astonishingly productive 25 years, he fashioned 10 symphonies and 45 songs of cosmic scale, great beauty, and jarring emotional twists and turns. MTT journeys to rural Bohemia to rediscover the inspirations of Mahler’s music, and traces Mahler’s life through the premiere of his first symphony in 1888. Part 2 charts Mahler’s mercurial career as a conductor, from the Vienna Opera to Carnegie Hall in New York, as well as his tempestuous relationship with his wife Alma. 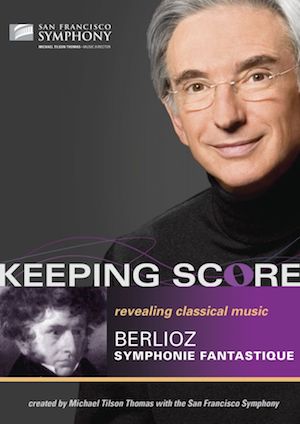 * Berlioz’s Symphonie fantastique — This orchestral sonic spectacular, written to win the heart of a beautiful actress, demanded sacrifice from its author and his audience. From romantic daydreams to deadly displays of devotion, the symphony relates an “episode in the life of an artist,” that artist being the love-obsessed composer himself.

* Stravinsky’s Rite of Spring — In 1913, with Europe on the brink of war, a fashionable Parisian audience reacted with hostile frenzy to the premiere of Stravinsky’s new work. The ballet’s shocking music and dance provoked a riot that evening, and soon afterwards was recognized as perhaps the most revolutionary piece of the 20th century.

* Tchaikovsky’s Symphony No. 4 — From decoding the score, to uncovering Tchaikovsky’s hidden history, through rehearsals, tuning, and the big bang of opening night, this first episode of Keeping Score provides a backstage pass to the San Francisco Symphony.

Beethoven’s Symphony No. 3, Eroica — Beethoven challenged accepted artistic notions of music as a kind of decorative background and brought the listener along on a gripping voyage into the unconscious. Beethoven spent three years writing the Eroica, which was an intimate and unflinching journal of his personal crises.