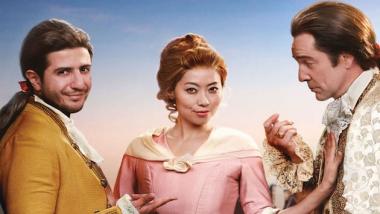 With LA Opera Canceling, the City’s Classical Season Is Over

One cancellation after another, the Los Angeles classical season has come to a halt. The latest — LA Opera is forgoing its June production of Mozart’s The Marriage of Figaro — means that 2019–2020 is officially over, not just for the Opera but for most major musical institutions in the city.

With months of performances now scrapped, arts organizations are having to furnish new financial plans. At LA Opera, everyone from fulltime staff to independent contractors will get something. Union employees will be paid in full for a May production of Pelléas and Mélisande, and at 75 percent thereafter. Senior management are taking pay cuts from 10 to 25 percent. Administrative employees are continuing to work from home. And independent contractors (with an opera company, these are the big names on the program) will get 25 percent.

These financial moves are on par with what other ensembles in the city are doing. Musicians at the LA Phil are getting paid 65 percent, and leadership is taking a 35-percent cut (plus, Music Director Gustavo Dudamel has stopped taking a salary). The LA Master Chorale is compensating its musicians; singers will receive their wages for the rest of the season, and orchestra musicians — for a canceled Fauré Requiem program in March — were paid 91 percent.

The next big thing on the chopping block is this summer’s Hollywood Bowl season, which starts June 13 but gets going in earnest after July 4. The outlook isn’t good. L.A. Mayor Eric Garcetti has suggested that large events may not resume in the city until 2021.