In mid-June, leaders of dozens of community development and arts organizations based in the Bay Area and Los Angeles woke up to unexpected news: Billionaire philanthropist MacKenzie Scott and her newlywed husband Dan Jewett were granting them generous gifts to continue and expand the work they were doing. Scott announced she would dispense almost $2.74 billion in donations to 286 grantees in her third round of philanthropic giving just in this past year. Among them are East West Players, a theater company in Los Angeles that has staged over 100 plays and musicals on Asian-American themes; San Francisco’s beloved Yerba Buena Center for the Arts, a multidisciplinary, socially progressive contemporary arts center; and the East Bay Fund for Artists, which partners with organizations to commission and fund new works by local artists.

The Chinatown Community Development Center, which builds community and advocates for residents and business owners in San Francisco’s Chinatown, was another among the organizations selected. In a press release, Executive Director Malcolm Yeung said that he was speechless upon reading the notification — and subsequently fell out of his chair. From promoting tenants’ rights and managing affordable housing properties to cultivating youth leaders in Chinatown, the organization has been a stalwart of the community since it was established in 1977. In the past year alone, the Chinatown CDC launched a food security program that served over 2,500 residents, distributed personal protective employment to tenants, and commissioned a short film on community responses to Covid-19 as part of the series Chinatown Shorts.

Alonzo King LINES Ballet, the indispensable contemporary ballet company based in San Francisco, announced that it received $5 million — the heftiest gift it’s received in its 40-year history. It will use this funding to financially sustain itself, collaborate with new partners, and increase its educational engagement with the dance community and beyond. The ballet company is led by the artistic vision of its founder and director Alonzo King, who The New York Times called a choreographer of “astonishing originality.” King draws inspiration from nature and classical form in his choreography, and his company released a five-part series available on YouTube titled There Is No Standing Still last June.

Los Cenzontles Cultural Arts Academy, located in San Pablo in the East Bay, announced it was given $1 million. Los Cenzontles (“the mockingbirds” in Spanish) is a Latino-led, artist-driven community center that teaches Mexican arts to local youth, and its own band performs globally. They will dedicate the gift to establishing an endowment, which they hope others will contribute to.

Many more organizations in the San Francisco Bay Area and Los Angeles County were given gifts by Scott; a full list of all 276 recipients is available on Scott’s Medium announcement article. Several leaders were so shocked that they disbelieved it when they heard news of the gift. On more than one occasion, they worried that Scott’s charity was a scam. Their reaction to the news underlined the point that Scott made in her own announcement. Wealth comes about from collective social efforts, yet those who provide solutions to inequality that benefit everyone are not given their proper due, she wrote. “I want to de-emphasize privileged voices and cede focus to others,” she said.

How Arts Philanthropy Changed in 2020

As the NEA continues to dole out project-based grants effectively, we’re reminded that artists need and deserve more than that. 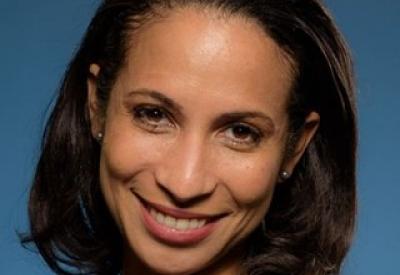