Michael Tilson Thomas and Rainer Maria Rilke will combine their talents on Jan. 9 when the SF Symphony Music Director conducts the world premiere of his song cycle, Meditations on Rilke, a six-part composition to texts by the great German lyric poet.

Born in Prague, then part of the Austro-Hungarian empire, Rilke (1875–1926) was a Bohemian-Austrian poet and novelist, world famous and frequently described as “one of the most lyrically intense German-language authors.” Known mostly for his poetry, Rilke’s major prose work is The Notebooks of Malte Laurids Brigge.

Among those who have set Rilke poems to music: Alban Berg, Paul Hindemith, Anton Webern, Arnold Schoenberg, and Peter Lieberson. MTT has not yet responded to questions about his interest in Rilke, but the attraction is likely to be similar to Schoenberg’s motivation; the earlier composer’s Four Orchestral Songs, Op. 22 set to texts by Rilke are lovely, sensual settings, harkening back to his Wagnerian Gurrelieder (Songs of Gurre), even on the cusp of Schoenberg’s twelve-tone phase.

A current invocation of Rilke in popular culture is at the conclusion of Taika Waititi’s new film, Jojo Rabbit, with a German-language rendition of David Bowie’s “Heroes” played over the Rilke quote:

The six poems in Meditations on Rilke with the singer performing it are:

An English approximation of the text of one of these songs conveys the sense of Rilke’s style:

I live my life in ever-widening circles
that stretch themselves out over all the things.
I won’t, perhaps, complete the last one,
but I intend on trying.

I circle around God, around the ancient tower,
and I circle for thousands of years;
and I don’t know yet: am I a falcon, a storm,
or a mighty song.

MTT has been composing throughout his long conducting career, but his time has been limited by his globe-girding “day job.” In 1991, he and the New World Symphony presented a series of benefit concerts for UNICEF, featuring Audrey Hepburn as narrator of MTT’s From the Diary of Anne Frank.

In 1995, MTT led the Pacific Music Festival Orchestra in the premiere of his composition Shówa/Shoáh, commemorating the 50th anniversary of the bombing of Hiroshima. His vocal music includes settings of poetry by Walt Whitman and Emily Dickinson, which were premiered by Thomas Hampson and Renée Fleming, respectively.

His song cycle Four Preludes on Playthings of the Wind, a setting of Carl Sandburg’s poem, was premiered in 2016 by the New World Symphony, which also gave the New York premiere as part of MMT’s second Carnegie Hall Perspectives series.

Both in Carnegie Hall and with SF Symphony, he led performances of his Island Music for four marimbas and percussion. Additional compositions include Street Song for brass instruments; Agnegram, an overture for orchestra; and Urban Legend, a concerto for contrabassoon, premiered by SF Symphony.

In June 2020, SFS Media will release an album of works composed by MTT and performed by the SF Symphony during the 2018–2020 seasons, including Meditations on Rilke, From the Diary of Anne Frank, narrated by mezzo-soprano Isabel Leonard, and Street Song.

UPDATE: When this piece was initially published, the working title of MTT's work was Rilke Songs. We have updated the article with the new moniker. 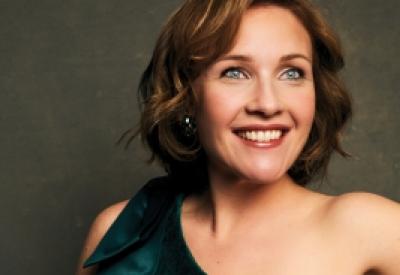