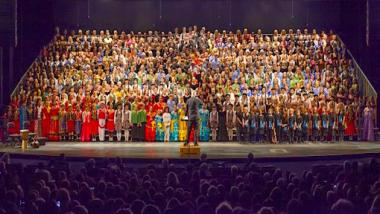 The New Constant Is Change for Bay Area Artistic Leadership

As the Philharmonia Baroque announces retirement plans for Nicholas McGegan, who provided leadership there over the past third of a century, other Bay Area performing-arts organizations are experiencing a tsunami of changes after many years of apparent permanence.

The most prominent pending change in music is Michael Tilson Thomas, 73, stepping down from leadership of the San Francisco Symphony at the end of the next season when he will have completed a rare quarter-century tenure here, to become music director laureate. So far there is not even promising speculation around about a successor.

The city’s other musical behemoth, San Francisco Opera, has yet to find a successor for Music Director Nicola Luisotti, who left at the end of the last season. Rumor has it that the position may not be filled in the near future by General Director Matthew Shilvock, who two years ago succeeded David Gockley after his eventful 10-year tenure here and a 45-year career in opera management.

Across the Bay, at Cal Performances, S. Shariq Yosufzai continues as interim executive director, the post he occupied since June and the departure of Matías Tarnopolsky, who became president and CEO of the Philadelphia Orchestra. Rob Bailis is serving as interim artistic director.

Other shifts in the artistic firmament:

At the Ragazzi Boys Chorus, marking its 30th anniversary, there are many changes in the works. With the retirement of Executive Director David Jones and the planned work reduction for long-time Artistic Director Joyce Keil, the organization is creating the new position of general director, to be filled by current Associate Artistic Director Kent L. Jue.

Robert Kelley will leave TheatreWorks Silicon Valley in 2020 after 50 (that’s fifty) years of heading the theater he founded.

Just announced: Piedmont East Bay Children’s Choir Founding Artistic Director Robert Geary will reduce his involvement with the chorus after 37 years, following next summer’s Ensemble tour of Finland and Estonia. At that time, Eric Tuan — accompanist, composer, and most recently Ecco conductor — will become artistic director; he started his career as a chorister with PEBCC.

Geary will continue as conductor of the Ancora group. He is also a co-founder of Volti, which he is leading in its 40th season, and artistic director of San Francisco Choral Society in its 24th season.

Cal Shakes Managing Director Susie Falk will step down from her role at the end of 2018, concluding a 14-year tenure with the company.

Aurora Theatre Company Artistic Director Tom Ross will leave his post at the end of the 2018–2019 season after 15 years as artistic director and 27 years with the Berkeley company he helped to establish.

Tony Taccone will conclude a 33-year tenure in leadership positions at Berkeley Rep next year, to be succeeded by Johanna Pfaelzer as artistic director.