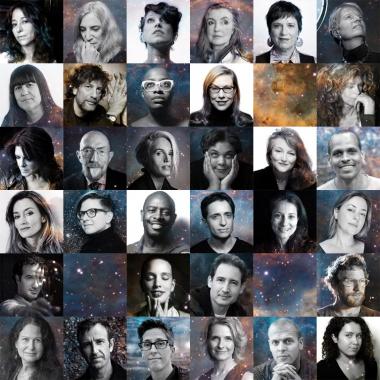 New Music Resounds Amid the Crisis

Artists are absorbing the body blow of the COVID-19 shutdown in various ways, but those with institutional affiliations may be better situated. New music and experimental music performers are in the unenviable position of having the least institutional support, but the ones that are out there are rallying round.

Each 30-minute performance is worth $1,000 to the artists, and NS throws in any audiovisual equipment they might require for transmission, as well as technical training on livestreaming for each participant.

In addition to past performance videos and professional development sessions, released weekly to the public for free, NS is commissioning 20 composers, at a fee of $3,000 each, for short compositions that will receive premiere live performances in the fall.

This is an important move in the overall new music system, one that may well survive the crisis. After the initial flood of livestreams and videos, National Sawdust is focusing on how artists can actually get paid enough to survive during this extended period of no work or income. As an artist-led institution, the heads of Sawdust are feeling the same crunch as the musicians and are able to do this thanks to an anonymous angel investor. 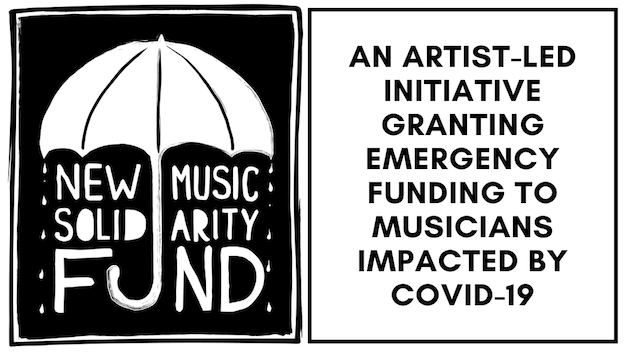 Meanwhile, as an aside, this Saturday at 1:30 PDT (4:30 EDT), you can tune into the livestream of The Universe in Verse, poetry and music about scientific subjects conceived by the brilliant Maria Popova who created the blog Brain Pickings. Participating musicians include Rosanne Cash, Patti Smith, Amanda Palmer, Zoë Keating, Morley, and Cécile McLorin Salvant, and Paola Prestini, whose Thrush Song (which was commissioned by the New York Philharmonic and based on text from Rachel Carson’s Silent Spring) performed by the Young People’s Chorus of NYC, in a “virtual choir” video stitching together individual performances from the children’s homes.

Bang on a Can, the senior new music organization in New York, is also delving into the world of virtual concerts and hosting its Bang on a Can Marathon online, on May 3 from 3 p.m. to 9 p.m. EDT (12–6 PDT). Performances by Ashley Bathgate, Vijay Iyer, George Lewis, Zoe Keating, Shara Nova, Miya Masaoka, Claire Chase, Nathalie Joachim, Maya Beiser, and Steven Schick are just the tip of the new music-berg.

Some organizations are digging into private recording files to put concerts out on the web. Canland, the entry by Bang on a Can will have the advantage of many years of archives. Says Bang on a Can co-founder David Lang:

We’re sifting through our files and cabinets and desk drawers and old CD-ROMs and floppy discs for vintage pictures and programs and videos and recordings. We look so young! (As do young Philip Glass, young Meredith Monk, young Steve Reich, etc.) And it is crammed full of great stuff from recent years too, by people who look really young because they are still really young! There are some stellar performances here, lots of virtuosity and grit.”

And locally — yes, in San Francisco — the redoubtable Center for New Music (C4NM), which, though financially pummeled by the shutdown, is still standing, begins a series of “from the vault” concerts they’re calling C4NM Encore Concerts. The cool thing here is that C4NM asked the artists and curators for each concert to introduce the program and moderate a discussion and answer questions live in the comment field. 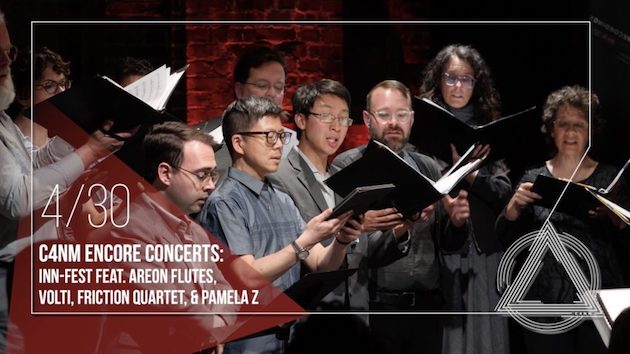 The next Encore Concert, on Thursday, April 23 at 7 p.m. PDT, revisits the first two of Other Minds’ many Latitudes concerts. Log in to the linked page, or to C4NM’s Facebook page a few minutes before the event (and don’t forget to refresh the page). Curator Blaine Todd will join live, but if you miss the original airing, all concerts will be available after the initial webcast.

After that, C4NM will present Inn-Fest, on April 30, a celebration of Innova Records’ Bay Area artists including the Friction Quartet (!), Areon Flutes (!!), choral group Volti (!!!), and Pamela Z (be still my beating heart). Many of these artists will join the discussion group for this concert.