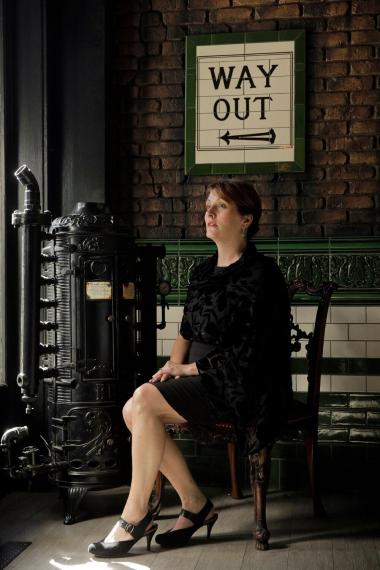 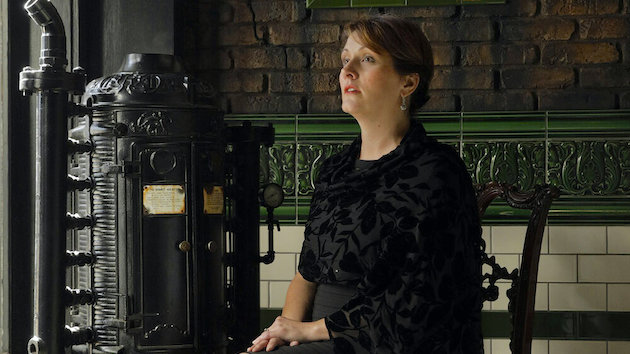 “Tears of joy! It’s happening. I’ve been rebuilding stamina and sharpening skills that have been sitting dormant for these last many months. So many emotions running through me. Indeed, I will be unmasked as Katya Kabanová.”

So exulted Carrie Hennessey when her properly masked photo was published in the announcement that she will sing the title role in Leoš Janáček’s Katya Kabanová with West Edge Opera during its 2021 season.

The season will follow West Edge’s usual appealing combination of a classic (Kabanová) with a seldom-performed old rarity (Eliogabalo), and a contemporary work (Elizabeth Cree).

Also “typically West Edge” is the new, unusual venue. The company that Richard Goodman founded in 1979 left its Julia Morgan Theater home in Berkeley a decade later for temporary quarters in El Cerrito, then moved on to the Freight & Salvage, Pacific Pipe, an abandoned train station, an Odd Fellows Hall, and more, has been all around the East Bay during its homeless years, and once again, the company has found a new, unusual, and promising venue.

The plan is for a live, “unstreamed” outdoor summer opera festival in partnership with the California Shakespeare Festival, in Cal Shakes’ Bruns Amphitheater, in Orinda. “This partnership,” says West Edge, “presents the opportunity for safety, collaboration, and most importantly, the opportunity to celebrate live arts again.”

The festival opens on July 24, with Kabanová, running through Aug. 5. WEO Music Director Jonathan Khuner will conduct this haunting tale of a woman breaking free from the constraints of a conservative society, with tragic consequences. (See Khuner’s comments below.)

From July 25 through Aug. 7, West Edge will present Elizabeth Cree by Kevin Puts and Mark Campbell. Premiered in 2017 by Opera Philadelphia, the piece follows a series of murders set against the backdrop of a Victorian Music Hall performance troupe with a series of cameo appearances from the luminaries of the era. This is the third opera by the team of Puts and Campbell, who wrote the Pulitzer Prize-winning Silent Night in 2011 and the The Manchurian Candidate in 2015.

July 31 through Aug. 8, the festival presents Francesco Cavalli’s 1667 Eliogabalo, about a debauched and corrupt Roman emperor. Mark Streshinsky will direct, with Adam Pearl conducting from the harpsichord. Countertenor Randall Scotting will make his West Edge debut in the title role.

“I’ve always loved the idiosyncratic art of Leoš Janáček, especially the amazing identity between the expressive sound-world of each of his opera scores and the psychological world of each of the dramas he chose to set.”

What is special for you in Kabanová?

“To me, it’s undeniable proof that total commitment to what one has to say, a deep human compulsion, can lead to a composer’s mastery of artistic form. Notably, Katya Kabanová blends a moderately folkloristic (Eastern European) style of old-fashioned musical elements (melodic, harmonic, and timbral) with a modern sense of incompleteness, of easy conclusions denied.

“The 20th century malaise of expectations/hopes dashed, and of deliberate anxious dreariness about traditional repressive culture, are direct historical outgrowths of what the Russian playwright [Alexander] Ostrovsky was expressing in The Storm [the source of the opera’s story].

“Thus the response of a ‘modern’ (1920s) citizen of Czechoslovakia such as Janáček to the still-lingering atmosphere of antimodern Czarist Russia, as well as his own personal problems of finding a satisfying, liberating relationship to an ideal woman, is completely natural and genuine.”

How does the music reflect the story’s conflicts?

“Kabanová haunts from the first measure to the last. It deals relentlessly with the battle of souls between society and individual, and is as timeless in meaning as it is specific in historical setting.”

Given the pandemic constraints (and budget considerations), how do you handle orchestra size?

“Creating for West Edge Opera a chamber reduction of the original large orchestration (while consulting the Charles Mackerras edition) hasn’t been a massive musical challenge, although it took me a great deal of time and care. It turns out that Janáček’s unique palette of instruments can be rather well imitated with a group of 25, and in any case we’ll have the true sounds of the words, since we’ll be performing in the original Czech language, with English supertitles.

“I look forward to giving this masterpiece West Edge’s signature intimate touch for our audience, in an outdoor setting which promises to echo the forces of nature that are summoned by Katya Kabanová’s dramatic themes,” Khuner said.

With the announcement of serious creative talents and fascinating works in development, West Edge’s Aperture becomes a major site for the development of American opera.

Another Opening to Opera From an Edgy Company

West Edge Opera comes up with another program to foster new works, creativity, and inclusion during our season of discontent.

The collaborative song cycle melding prison choirs, professional musicians, and cinematographers in a mashup of Fidelio, Black composers, and more streams this month.