Ray Bradbury Gets a Fresh Reading in “The Illustrated Pianist”

Growing up, Nicole Brancato was engrossed by science-fiction depictions of space. She fantasized about going to space camp, and she ravenously read authors like Ray Bradbury. She particularly loved The Illustrated Man, a collection of 18 short stories originally published in 1951. Bradbury’s stories featured futuristic technology like virtual reality and space travel, and societies that responded to these developments in dystopian ways.

At the beginning of 2019, Brancato remembered that two important Bradbury anniversaries were fast approaching: Bradbury’s centennial in 2020 and The Illustrated Man’s 70th anniversary in 2021. She was intent on creating a work celebrating him. A pianist, composer, and curator herself, Brancato had previously collaborated with painters and performing artists, juxtaposing her performances next to video art and painting time lapses to create immersive, interdisciplinary, and often highly conceptual works.

In approaching her work on Bradbury, Brancato says, “I thought of combining all these different art worlds, thinking of original composition and piano and visual art and inspiration from literature.” The result is “The Illustrated Pianist,” a multimedia program featuring the new works of seven composing pianists: Nicholas Pavkovic, Jed Distler, Monica Chew, Dee Spencer, Tin Yi Chelsea Wong, Keisuke Nakagoshi, and Brancato herself.

Each pianist read the entirety of The Illustrated Man and composed works inspired by the strange, unsettling, and wonderful worlds portrayed in the book. In addition to the freshly-commissioned musical pieces, Brancato brought in multimedia artist and engineer Cory Todd to design adaptive visual projection to pair with each individual composition. “There are sound-design transitions in between the pieces, where you hear the voices of the pianists. I think it makes it extra personalized and quite fun — it’s all inspired by science fiction,” Brancato adds.

For Brancato, The Illustrated Man is both lodged in our historical past, as a novel written in the early 1950s, and a projection into our “spacefaring future.” “Even though we have all of these different layers of multimedia and science fiction, and maybe some of these larger-than-life elements, we're really getting at this idea of humanity and connection and a lot of things that we've been struggling with the past couple years,” Brancato says.

The concert in San Francisco follows a similar event Brancato organized at the Plaxall Gallery in New York City in May. Although the concept for the concert was the same — featuring piano compositions inspired by The Illustrated Man, accompanied by visual design — the New York City installment involved a different set of pianists, and a separate visual artist. Brancato says that she is excited about the new body of work that has grown out of the project, including both the new musical commissions and the visual installations.

“The Illustrated Pianist,” which takes place at 8 p.m. on Saturday, Sept. 11, is the first piano recital in a series of three at Old First Church, presented by Old First Concerts and the Ross McKee Foundation. As a hybrid concert, in-person seating is limited to 100 people at $25 per ticket, while audiences can also view the concert virtually via livestream with a donation.

At 8 p.m. on the following Friday, September 17, “Cross Rhythms,” conceived and curated by Sarah Cahill, brings together pianists from across California to showcase the results of virtual creative collaborations that took root at the beginning of the pandemic. Finally, Steven Prutsman’s concert “Prog to Bach and Bach Again” places the work of J.S. Bach side-by-side with progressive rock classics, revealing unexpected commonalities.

The Piano Gets Political at Old First Concerts

Sarah Cahill and Regina Myers offer a recital of works themed around social justice, some subtle, some not so subtle.

The composer/guitarist’s Triptych (Eyes of One on Another) premieres with the LA Phil’s New Music Group. 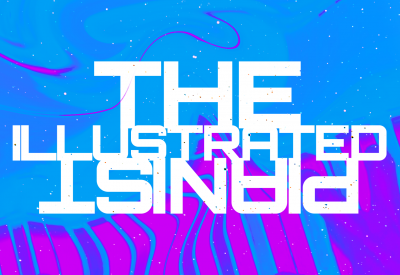