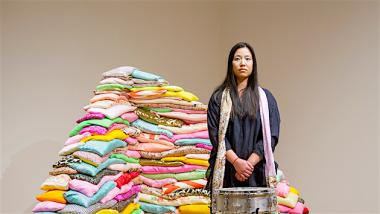 It can be hard to put aside fixed ideas, even for a short while, in order to revel in an unfamiliar musical genre. At the same time, simple curiosity can lead you to surprising places in the Bay Area. Places like the Soundwave Festival, which begins its ninth iteration on Sept. 21.

Soundwave is, refreshingly, exactly described by its title: It’s a festival about sound, in all its physical manifestations that takes place at several different venues over the space of about a month. Call it “alternative” or cutting edge, or simply “strange,” it is there to broaden artistic horizons, something we should all be interested in.

Soundwave draws strength from being multidisciplinary, but not only in collaborations. The ninth festival is curated by Tanya Gayer, an Oakland-based curator and writer whose work examines the ways in which institutions like archives, databases, and so forth help form cultural identity.

Gayer’s theme for the 2019 Soundwave Festival is particularly musical: “Time.” This has been a central preoccupation of the musical “avant-garde” for more than a century, but Soundwave expands on those musicians’ “sound as medium” concerns to bring in areas of politics and culture that are more meaningful in an interdisciplinary approach. Some of the programs include: