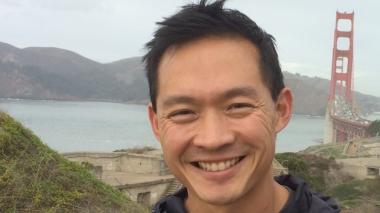 San Francisco has always been simultaneously bohemian and button-down, and, no matter the era, not a little provincial. But you could argue the town is always at its best, its most provocative and interesting, when angry and desirous. The beatniks — a term coined by Herb Caen who compressed beats and sputnik — come to mind, and it’s worth remembering how scorned they were. An article in Life at the time referred to beats as “loafers, passive little con men, lonely eccentrics, mom-haters, cop-haters, exhibitionists with abused smiles and second mortgages on a bongo drum — writers who cannot write, painters who cannot paint, dancers with unfortunate malfunction of the fetlocks.”

These days the beats seem less like fanatics than simply disruptors with boundless energy, humor, and often-genuine insight. But the point is that in their era they kept the city on the crooked and wide, and for the better. Now, that kind of energy keeps cutting out; the anger doesn’t fire, political demonstrations not withstanding. San Francisco is now bohemian in name only. Anger and the anarchist’s persona have given way, under the weight of postmodernism, to politesse and pragmatism. And now more than ever the artist’s world is less in the hands of artists than arts administrators and boards. The new conviction is in negotiation and community building, and seeing everyone, regardless of occupation, on the same continuum of creativity.

In 1998, in an essay for a City Lights anthology that she co-edited, Her Eminence, Nancy Peters wrote, “Talented writers and artists still manage to survive in the Mission and South of Market, producing experimental theater, performance works, digital arts, chapbooks and zines; and so there remain in the city vital pockets of dissident culture that continue to confront the question of how to create art that uses anger and desire to motivate adventure, self-realization and community. The future viability of this culture depends on what directions the city takes now.”1

Twenty years later, clearly the city took the wrong direction, or perhaps more accurately no direction — if only because now so many local artists have left or are leaving, particularly older artists, and not just from San Francisco, but from Oakland as well. And where are they going?  Far and near, just as firemen and policeman did a generation ago. Some members of the San Francisco Symphony, for example, have moved to Vallejo and Richmond. Meanwhile, younger artists in San Francisco are desperate to find not only a place to live, a venue to perform in, sponsors and mentors, but also most important, like-minded communities.

Of course, the matter of housing is all not new. Artists here have always been hanging Harold Lloyd-like from a clock high above the street. Among the bleakest moments in the city’s cultural history is when the old Montgomery Block Building, at Columbus, for decades a haven for all kinds of artists, was taken down in 1959. It was replaced by the Transamerica Pyramid.

But where’s the negative effect? you might ask. After all, the papers are full of performance listings, and have you heard any audiences complain about the quality of music, theater, or dance? It’s hard to grasp. Nevertheless, the truth is — and the danger is — that those “vital pockets” Nancy Peters referred to are disappearing. More and more of the city’s creativity must be imported.

As Adam Fong put it the other day — he’s co-founder of the Center for New Music — “in 10 years, no creators of new music will be living here; you’ll just have the music.”

Adam Fong, 37, grew up in Marin, studied music and literature at Stanford, played in rock and jazz bands, and took an MFA from the California Institute of the Arts. His compositions have been widely performed. He got his first taste of arts administration during a year working for San Francisco Opera’s Merola Program director, Sheri Greenawald, and then learned the art of presenting new music from Charles Amirkhanian at Other Minds, where he was the associate director from 2006 to 2012.

In 2012, Fong started Emerging Arts Professionals, a networking service designed for arts workers in the Bay Area. That same year he co-founded the Center for New Music with Brent Miller, himself a composer and performer, and a long-time arts administrator.

Fong’s background suggests the resume of the new artocrat: well-educated, well-connected, team-oriented, flexible, non-ideological, and a firm believer in the imperative of new era, the imperative of “We” not “I.”

The Center for New Music

The Center for New Music is a 4,400 square-foot artist’s refuge at 55 Taylor St., just off Market St. on the eastern border of the Tenderloin District. It’s at once a venue for ensembles and an art gallery. Its creation reflects a worldwide trend toward cultural activities oriented to nightclubs rather than concert halls. Interestingly, events at the Center are listed in the nightlife section of newspapers, not the classical music section.

Above all, the Center, with an annual budget of $300,000 (50 percent earned, 50 percent contributed) is a community resource designed to stimulate collaboration, incubation, and engagement in the world of new music. And to serve a similar role to that played by Dancers Group, Theater Bay Area, Intersection for the Arts, and the San Francisco Friends of Chamber Music.

The Center has 108 members. The focus is on “new music” defined in terms of living composers and a quality that, however you define it, conveys “newness.” Which is not to exclude the many people who come to the center from the nearby San Francisco Conservatory of Music.

“We focus on the practice of new music,” said Fong. “We don’t distinguish between amateur and professional. It’s a lot about process. We’re all trained musicians looking for better ways to explore the value of arts engagement.”

Fong and Miller adopted various models in creating the center, including a performance venue in Amsterdam called the Muziekgebouw aan 't IJ (Music Building on the IJ), well known for its “hangout vibe.” Another model was the Stone in New York, a popular not-for-profit performance space created by John Zorn. It’s focused on experimental and avant-garde programs curated by a different musician each week — 100 percent of the nightly revenue goes to musicians.  The Center for New Music has incorporated a similar system of curation and payment.

Another influence was the Impact Hub, a worldwide organization that occupies space locally in the old Chronicle Building on 5th Street. It was set up to offer shared office space to organizations focused on social impact. Hub members include, among others, Intersection for the Arts and Forest City developers. Fong was attracted to the way in which the Hub went about community-building and connecting local innovators and fostering capital.

Fong notes that when he and Brent Miller started the Center for New Music they thought they knew most of the people involved in new music in the Bay Area. “Our initial goal was to focus on integration because we felt there was so much fragmentation in the community. What we didn’t expect was that so many people wanted to join as artist members and be a part of the new music community — people who, up to that point, had felt excluded for some reason.”

For example, some people didn’t make their life in music, but continued to compose.  Others were shy to admit that, while they didn’t perform, they continued to practice. Still others were considering entrepreneurial projects but were stalled. “And,” said Fong, “these were all people who had studied music very seriously with undergraduate or masters’ degrees in music, but didn’t feel invited or welcome. Or they felt aesthetically left out.”

Not long ago, Fong went to a meeting of arts administrators who were asked whether they would recommend a young artist to move to the Bay Area. More than half said they would not. Nevertheless, Fong remains an optimist, despite the changing nature of the struggle to be an artist.

“Being an independent artist has always been a hustle, but it’s where the energy is going that’s changed. When I first started working at Other Minds, it felt like a lot of the hustle was getting donations or writing grant applications, but now what I see are young artists hustling to develop their social media savvy, or just finding someone to shoot a good video of them so they can do a little online fundraising. Or else they’re hustling around to get donations of food and beverages to serve at their concerts to attract more people. I also see lot of artists doing the hustle to get into unusual spaces; performing in bars has become a common thing.”

Part of the problem for artists, said Fong, is the way music journalism has been transformed in the last 10 years. “Joshua Kosman is the only classical music critic at the Chronicle and he used to have time to get to chamber music events or to hear some new music, but it’s rare now because he has to cover the opera, the symphony, and sometimes the ballet as well.”

The local philanthropy sector has also changed. “Wells Fargo and Target supported so many arts organizations; now, the most prominent companies are Uber, Twitter, and particularly Salesforce. They may not necessarily be large benefactors but they loom large in the consciousness of people trying to make it in San Francisco.”

The Center for New Music receives support from the likes of Spotify, along with older companies like Dolby and Meyer Sound. “A lot of tech companies are still figuring it out internally and that’s why I don’t believe that trickle down economics is the best presescriptor. I think cultivating individual relationships is really where the difference gets made. That’s not necessary a corporation giving a gift, it’s the individuals working for that corporation finding value for themselves and their communities and participating in our nonprofit organizations as well.”

Fong noted that, despite the image of the tech community as anti-philanthropy, or simply ignorant of what some might see as an obligation, the board at the Center is a model of participation and support.

“A big challenge, especially for nonprofits is that they often don’t have large development departments, or none at all, so they can’t be methodical about cultivating new donors in the way larger organizations can. The danger is that, in our efforts to approach would-be donors or board members, we become more focused on building programs rather than building community.”

He added, referring to the Center, “we can’t be too precious about what is and is not ‘new music’ nor about who is a great artist and who isn’t; the focus needs to be on growing the quality of engagement. The best we can do is to try to carve out more spaces like the Center and other arts organizations, because the more we control our own destiny, the more likely we can have a say in what the city looks like in the future.”

Lisa Moore and Kate Stenberg Soar — Alone and Together

The piano and violin duet explores a satisfying range of contemporary pieces.

It’s an unusual mix of instruments, but Ensemble Mise-En makes it work.