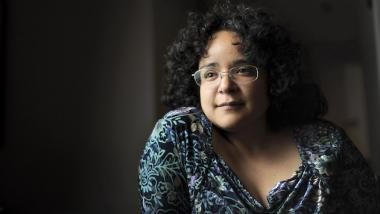 It’s been evident that the barriers to professional advancement for female composers and conductors have been falling for a while. But while women on the podium or creating the score aren’t unusual any longer, the repertory of mainstream classical, and particularly orchestras and opera houses is so bound to the 18th and 19th centuries that we still have to monitor how women are faring in our largest classical institutions.

With that in mind, it’s interesting to see that so many Bay Area orchestras are conscious of diversifying their offerings in all kinds of ways. As the season begins, we took a look at what the locals are up to in their fall concert programs. And here’s that list:

California Symphony kicks the season off right with a work by Gabriela Lena Frank, La Centinela e la paloma (The keeper and the dove) on their first concert, anchored by that Beethoven dude. (Something about an upcoming anniversary? Anybody hear anything about that?)

Cambrian Symphony dove into the history books to find composer Helen Crane (1868–1930), whose parents sent her to the Berlin Conservatory for training and whose published music was at least somewhat known in the early 1900s. The Cambrian will feature her Evangeline Overture, Op. 11 on their first concert of the season, this weekend.

Marin Symphony is going to town on this issue, with a concert season that features a few celebrated women composers. Their classical series doesn’t begin until October 26, but Anna Clyne’s festive Masquerade will set the tone for a season that also embraces Missy Mazzoli and Gabriela Lena Frank.

Mission Chamber Orchestra of San Jose is also going back to the 19th century in their Sept. 21 concert, this time for Clara Wieck’s Piano Concerto in A Minor, Op. 7. She was 13 when she began it, in 1830, but it’s pretty advanced for all that. Her future husband, Robert Schumann orchestrated the third movement, which was probably the last thing he did for her composing ambitions. Sorry for the snark.

It’s no secret that I love the Oakland Symphony for their fearless, completely out-there programming. Their Nov. 15 “Notes From Korea” concert features Jean Ahn’s The Woven Silk for haegeum and orchestra. It’s like they’re trying to ignore Beethoven, who has some kind of anniversary in 2020, not sure if I mentioned that before.

Philharmonia Baroque Orchestra may be a period instrument outfit at root, but they are more than happy to commission new work by interesting musicians. The latest new work on old instruments is Caroline Shaw’s The Listeners, premiering on the October concert set.

The ever-adventurous Redwood Symphony waits until its November concert to bring in the women, with Cynthia Lee Wong’s Carnival Fever setting the table for Rachel Portman’s suite from her score to the movie The Cider House Rules.

San Jose Chamber Orchestra does something daring in putting a contemporary work at the end of the group’s Oct. 13th concert. Don’t walk out, though, it’s Clarice Assad’s brilliant and entertaining Impressions.

Santa Rosa Symphony also opens its season on Oct. 5 with Anna Clyne’s Masquerade (and if you’ve heard it, you know that’s not a coincidence. Lots of orchestras are looking for a splashy, well-orchestrated concert opener that isn’t over-familiar.) However Santa Rosa isn’t stopping there: Jessie Montgomery’s Records From a Vanishing City is scheduled for the December concert set.

Symphony Silicon Valley has the experienced conductor and musical director of the Buffalo Philharmonic Joanne Falletta on the podium for the Oct. 26-27 concerts, which will include two short works by Lili Boulanger, D’un soir triste and D'un matin de printemps. Boulanger’s early death was one impetus behind her older sister Nadia’s turn from composing into full-time teaching, a change with seismic implications for the history of 20th-century classical composition.

All of which leaves the S.F. Symphony in the dust, although to its credit the orchestra has scheduled two female guest conductors — Karina Canellakis and Simone Young. But of women composers in the fall season, we get only Lili Boulanger’s D'un matin de printemps. There’s been progress, but there’s still a ways to go.