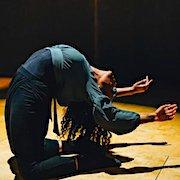 Does San Francisco, a city long proud of its diversity and progressiveness, lack color? Are window blinds of opportunity pulled down for people of color, especially female artists working in dance, music and multimedia arts?

“Yes,” says dancer, choreographer, and arts educator José Navarrete in an interview. “For the last few years, people have changed what the city used to be. I don’t see the freshness. Everything is more reserved ... but I remember it being magic.”

As cocurator of the 11th-annual FRESH Festival of Experimental Dance, Music + Performance, a three-week series of performances and interactive community events held Jan. 6–26 at three Mission District locations, Navarrete holds one key to unlocking the magic. The festival this year features 75 artists and extends beyond traditional performances to include “FRESH Practices,” public events that have artists facilitating explorations of the human body and “FRESH Exchanges,” involving artist-audience conversations and activities related to activism, community engagement, and interdisciplinary connections.

The artist-run festival is presented in association with Joe Goode Annex by ALTERNATIVA, a collaborative contemporary dance and music organization established in San Francisco in 1999 and directed by dancer Kathleen Hermesdorf with musician Albert Mathias. Aimed at showcasing cutting-edge art and artists from the Bay Area and outside the region, the theme for this year’s festival is “tender.”

But tender doesn’t mean timid. A deep commitment to community and activism has artists speaking powerfully through their work on violence — against body, soul, and spirit; in society, the environment, politics, and more. Community programs address physical displacement, sexual trafficking, suppression of women and black bodies, and the inequitable social power dynamics in contemporary society. Topically tough, the works and activities spiral toward self-care and community healing.

“These are new initiatives,” says Navarette, about the community engagement programs. “It came from artists really working with communities in need, like Regina Evans, working with the sex trafficking action in Oakland. It’s not a one-time thing for Regina, it is a long commitment.” Evans is an Oakland-based poet, playwright, actor and owner of Regina's Door, a vintage boutique that serves as a sanctuary for at-risk and homeless youth and young survivors of human trafficking.

Navarette says personal stories told by primary sources during the festival are more powerful than his talking about other people’s stories. “And, it allows the people telling the stories to heal themselves of whatever trauma they’re having.”

Motivated to support people who have experienced sex trafficking, Navarette says that to have a personal story of his own required an enormous time investment. “I’m working with a group of Latina women, MUA (Mujeres Unidas y Activas), who are advocating for legal rights and supporting survivors of sexual and domestic abuse. Remember, I am a Mexican man from Mexico City, and after five years working with them only occasionally, this is the first time a man is working with them [consistently]. Now, we have done a production, Enough Is Enough, with storytelling, movement, video, and more. It took a long time for them to trust me. One member told me she had been scared at first, because all of her experiences with men had been violent. They say I opened up the idea that there are a few good men.”

Speaking about the emphasis he has placed on female black artists during the first weekend of performances, Navarette emphasizes the artists’ expansive work. The eco-social art praxis of brontë velez involves a project he admires that brings together dance, gardening and music. “It has to do with space and looking deep into the geography of a place that’s been disrupted or contaminated. The environmental justice in her work, in creating a literal garden, there’s community investment there. That brings healing.”

Multidisciplinary artist dana e. fitchett’s exploration has impact with articulate movement created in safe places for female black bodies. Her vocabulary uses house music, with the form’s repetitive, looping rhythms and beats mirrored in the movement. “Seeing black bodies in unison onstage for that long, you start to see forms and patterns. You see freshness and joy in their being together. It’s powerful. The connection is with their bodies; it’s a safe place for them,” he says.

The cohort Lsx Dsx introduces work by Stephanie Hewett, jose e abad, Jubilee July, and Felix Sol Linck-Frenz. “They are amazing people of color looking at disappearance, at conjuring spirits of people who are no longer there. This group piece creates dance based on this absence.” Navarette suggests his selections as curator are similarly driven by absence—the absence he perceives in San Francisco of presentations of work by promising, young, female artists of color.

With a festival focus on tenderness, the last, obvious question is, “Why tender?”

“We are bombarded with so much violence,” he says. “Losing rights for humans, for women mostly. There’s so much anger and we’re violated by injustice. How can we do a tenderness revolution? Our energy is screaming, but how can we do self-care?” he asks.

Possible answers — having elasticity in relationships, reaching out to others, cross-pollinating art forms, and holding safe spaces for expression —are offered by the festival, says Navarette. And notably, color brought back to San Francisco.

This fresh production reimagines the Nutcracker story through African and Afro-Latinx eyes.

Choreographer Tere O’Connor and the Ambiguity of the Poetic

This dancemaker’s art is abstract but centered on ideas coming straight from the body.