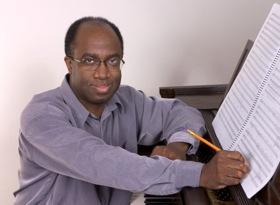 After the pandemic shut things down in March, “I had no motivation to do anything,” admits Michael Morgan, music director of the Oakland Symphony since 1991.

He would have been preparing to fulfill the invitation he’d received in November from the San Francisco Symphony Chief Programming Officer Matt Spivey, to conduct that orchestra’s subscription concert at Davies Symphony Hall in April. May would have concluded the Oakland Symphony’s 2019–2020 season, with a concert including an oratorio based on the writings of William Still, a hero of the Underground Railroad. And there’d be planning for the summertime Bear Valley Music Festival in the High Sierra, where Morgan has served as music director since 2012.

In the absence of all that, Morgan was happy to hear from the San Francisco Symphony about what a July 23 press release describes as “ a four-part video series and companion podcast series, telling the stories and sharing the music of Bay Area communities, by highlighting classical music’s changing and symbiotic relationship with vital influences and influencers in Chinese, jazz, Mexican, and hip-hop cultures.” His record of integrating diverse ethnicities and genres on the concert stage made Morgan a natural choice as curator and host of the Symphony’s new series, dubbed CURRENTS. “And now I’m behind on things, as though it were any other year,” chuckled the conductor, during a phone interview with SFCV. He’d just spent a couple of days filming in San Francisco’s Chinatown for the first of the four episodes, and it would be just a few days before the series launched, on July 23, on the Symphony’s website.

The Symphony’s assistant principal cellist Amos Yang, a San Francisco native and resident, told SFCV he was selected by Spivey for episode one of the series, titled Enter the Pipa, to help showcase “how Western music impacts Chinese musicians, and how Chinese musicians have used Western music. Immediately, I thought of [Shanghai-born composer] Bright Sheng, because he and I collaborated 18 years ago, in Carmel and in Beijing, on his Seven Tunes Heard in China,” for solo cello. Yang was asked to contact Sheng, now on the faculty of the University of Michigan, “and ask him whether in a few days he could do an arrangement” of two of the folk tunes for guest artist Shenshen Zhang, a virtuoso on the four-stringed Chinese pipa, and Yang, violist Yun Jie Liu, and violinist Jessie Fellows. Sheng “graciously did that for us, and we recorded [on video] at Filoli Gardens.”

CURRENTS episode two, Bay Area Blue Notes, will go up on the Symphony website on Aug. 6, followed by episode three, ¡Viva Mexico! on Sept 16 (see note below). Episode four, From Scratch, will be available on Sept. 3. African-American musicians Jason Hainsworth (saxophone) and Tammy Hall (piano) will guest in the second episode, and jazz and hip-hop keyboardist and bandleader Kev Choice and vocalist, rapper, and DJ AÏMA the DRMR in the fourth. San Pablo-based Mexican group Los Cenzontles will appear in episode three.

Each episode will be enhanced several days after its inception by a podcast, and by a parallel Explore & Create series, hosted and curated by Daniel Bartholomew-Poyser. Currently artist in residence with Symphony Nova Scotia, Bartholomew-Poyser will guide CURRENTS viewers through interactive exercises in all four genres and invite them to communicate with each other on social media.

Morgan and Bartholomew-Poyser are both standouts, not only as Black conductors in an overwhelmingly white, European field, but also for their manifest involvement in progressive programming and outreach. Bartholomew-Poyser, who chairs the Board of Orchestra Canada’s committee on diversity, equity, and accessibility, has created a concert for people on the autism spectrum, played in a women’s prison, put on an orchestra drag show, and conducted (at Davies Hall, in 2018) an Afro-fusion concert which included a suite from the film Black Panther. Under Morgan, “the Oakland Symphony has always been very much aware of the whole social justice movement, and has always been looking for ways to be a part of, or at least reflect, the ideas that are going on in the city around us,” he pointed out. That included an Oakland Symphony commission for Kev Choice, in 2018.

Their experience and inclination have positioned both conductors as pilots in response to the Black Lives Matter movement, energized by the police killing of George Floyd in Minneapolis on May 25. “The combination between [the COVID-19 outbreak] and what’s going on in the streets has caused everybody to just look at their organization and say, ‘how do we fit into this new world,’” said Morgan. “I’ve had the opportunity to look across various orchestras’ websites during this time, and I see everybody’s Black Lives Matter banners. But if you look through their seasons and you don’t see any Black guest artists, conductors, or composers, then what does your banner mean?”

“I think the San Francisco Symphony is searching itself, to see how they can make it more diverse,” added cellist Yang. “That’s why they wouldn’t want to just put one Black Lives Matter concert on, and then forget it.”

Morgan was quick to credit the Symphony with making efforts to “reflect the wider world,” even before the current trend of protest and affirmation. “The week before I was supposed to do [the subscription concert], they had Chineke! Orchestra” — the first professional orchestra in Europe with a majority of Black and minority ethnic musicians. And they had James Gaffigan doing a big Wynton Marsalis piece, the week or so after. This is now delayed, and CURRENTS is what we can do during this time.”

Yang hopes that CURRENTS will lead to “more adventurous music, and from different sources.” He said about recent Symphony activity that “the effort has gone into the Michael [Tilson-Thomas] tribute, and very little time or energy was allotted to other projects. But I’m beginning to get emails from various departments in the Symphony. I’m going to be playing for a board meeting soon, and I just did a ‘1:1’ concert, playing the sixth Bach suite for one person on one of the balconies at Davies.” These intimate concerts, also announced in the July 23 press release, conform with the City’s COVID-19 guidelines (Yang performed masked), and are offered to individual donors, subscribers, and partners. The public can check the Symphony’s website for more information about this series, including opportunities to participate.

The cellist is optimistic about “more significant changes” commensurate with the installation of Esa-Pekka Salonen as music director in 2021, based on a recent Zoom meeting between the conductor and Symphony players. “I think it’s mostly about programming and trying to find more composers and guest conductors,” Yang said, “and if half of Esa-Pekka’s comments come true, we will have made some strides that way.”

“I welcome Esa-Pekka’s vision,” added Morgan, who, as assistant conductor with the Chicago Symphony, first encountered Salonen as a guest conductor there. “If you just look at who his artistic partners are, you’d already see a different approach to how you run a major orchestra: Different genres, different ethnicities, and he’s basically going to collaborate with those people to make life around the orchestra more inclusive and interesting. He has a great, worldly mind, and that’s the sort of thinking which is going to make this industry either take off, or end.”

Morgan’s subscription concert at Davies has been rescheduled to February of 2022. Spivey has spoken with him “about having more of an ongoing relationship between the San Francisco Symphony and the various other orchestras around, which we actually should have.” For the time being, outside his CURRENTS responsibility, Morgan will be attending to his home orchestra.

“I’m practicing more piano than I would normally do,” he said, “things that not in a million years I would dare to play in public. But when restrictions are lifted and small things are possible, I will be leading stuff either from real harpsichord or an electronic approximation of one, depending on where we are. But even when we all can do real concerts, we will have had this period to examine what it is that we all do, and how we do it. It would be a missed opportunity to come back and do things exactly the way we always have.”

NB: Per the San Francisco Symphony press department: Due to unforeseen circumstances, production of CURRENTS: ¡Viva México! has been a bit delayed. As such, we will be not be releasing this episode on August 20, as previously announced. CURRENTS: From Scratch will be released on September 3 as planned, followed by *CURRENTS: ¡Viva México! on September 16*—Mexican Independence Day!

Live performances by SFS musicians pair one performer with one listener in an outdoor setting.

UPDATED June 19: The latest cancellation news is no concerts at Davies Hall through Dec. 31.