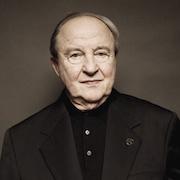 Go ahead, envy Menahem Pressler. After all, at age 94, he’s lived over six decades with Mozart.

Those years don’t include study of the illustrious composer’s repertoire prior to Pressler becoming a world-renowned solo pianist and founding member for 55 years of Beaux Arts Trio. Pressler was born in 1923 in Magdeburg, Germany. He escaped Nazi Germany in 1939 and emigrated to Israel. In 1946, he won first prize at the Debussy International Piano Competition in San Francisco. To this day, he speaks of the city — and Mozart — in glowing terms.

I asked Pressler, in a phone interview conducted from his holiday getaway in London, about his upcoming San Francisco appearance with New Century Chamber Orchestra. He will play Mozart’s Piano Concerto No. 23 in A Major on Jan. 27, marking the composer’s birth date as part of an all-Mozart concert that includes the Violin Concerto No. 3 in G Major, with NCCO artistic partner/British violinist Daniel Hope as soloist; the Adagio and Fugue in C minor; and Symphony No. 29 in A Major.

“It is a magnificent piece: close to my heart, close to my soul,” he says, about the concerto. “There’s not a greater moment in music than in the second movement. You reiterate the theme of pizzicati in the violins, playing it with so few notes that are, each one, deeply important. They tell you what beauty is about.”

Pressler holds nothing back; reaching only to be good enough for moments he says are unique. “The one who quotes him — Beethoven — for him, Mozart was a god-like creature. If that’s who he was to Beethoven, can you imagine what Mozart is for us, the little ones? We are playing and not holding back our past, present, and the future of what he is.” Life is made rich by playing works by Chopin, Schumann, Liszt , Rachmaninoff, and others, but playing Mozart, “It’s like you’re going to serve gods,” he says.  “Jewish, Christian, no matter what you are, at that moment you serve something in us that we share. We’ve been given a blessing: you feel the blessings on you and the rest of the people sharing it.”

Pressler recalls the first time he performed the concerto decades ago and a thought that popped into his head: what a lucky thing it is to be a musician. “I still feel that; maybe even more so. And to be playing with Daniel Hope, who I regard as a prince among people, a great musician, great violinist — to walk onstage in San Francisco and play that great piece and have him leading, it doesn’t get any better than that, does it?”

Hope, reached at home in Berlin, Germany, returns the praise and extends it to pianist Sebastian Knauer, who will appear as soloist for the concerto in NCCO’s Berkeley, Palo Alto, and San Rafael performances. He says Knauer is a consummate artist who leaves Mozart to speak for himself. “Sebastian lets the genius speak. He doesn’t overdo or over-manipulate. He transports the humor, elegance and danger. We know Mozart was always questioning his fate in this world and Sebastian approaches that sincerely.”

Reflecting on the violin concerto, Hope emphasizes pacing. If a musician relaxes into the gloriousness of Mozart, or becomes either cheeky or intimidated, there’s danger. “The music is so extraordinary: It reinvents itself at every juncture. If you become too complacent, that’s when you’ve lost it. He’s the most elusive composer.”

Hope doesn’t play Mozart alone. “You’re part of a team. You’re constantly receiving signals thrown at you [from fellow musicians] and throwing them back.”

From day one, the signal Hope received from NCCO was energetic. He says the “incredibly talented and extremely devoted” musicians are always asking questions, going the extra mile. “Nadja has given them such a strong dynamic and passed it on to me. I have a chance to bring in fantastic colleagues, make programs people in the Bay Area will want and work with a group of musicians on a regular basis. [It’s] vastly important to me: working on contemporary music but also going back to the classical repertoire that are the vitamins of our diet. Every musician needs to go there.”

Although he rarely speaks with fellow musicians about the future of classical music, he says it is a shared concern. He therefore performs over 40 children’s concerts annually to introduce the form to a generation whose regular education no longer consistently exposes them to classical music. Five hundred years of ups and downs still has classical music in Berlin, a city dominated by the genre, packing concert halls nightly. Social media, alternative venues, concerts that feature pre- and post-performance talks, and other permutations of presentation extend the form. Hope calls them “a great gift” and predicts that classical music will remain, like Mozart, eternal, strong, dangerous, and endlessly fulfilling.

An Interview With Menahem Pressler