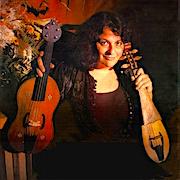 In our current world and throughout history, Christianity and Judaism have often been entangled in intense conflict. But musicians and artists find ways to blend with, rather than battle against, seemingly disparate cultures. A convergence of these two traditions will be celebrated in an upcoming concert that interweaves medieval Christian cantigas with Sephardic folk music. Tres Hermanicas and Aquila, two separate but similar ensembles, will be presenting “Roses and Almonds” on Friday, Nov. 22 at First Presbyterian Church in Palo Alto, on Saturday, Nov. 23, at St. John’s Presbyterian Church in Berkeley, and on Sunday, Nov. 24, at Church of the Advent in San Francisco.

This very special concert came about when the San Francisco Early Music Society contacted multi-instrumentalist and vocalist Shira Kammen, a Bay Area musician who specializes in early and traditional music, about creating a program that included Sephardic music. Kammen had founded Tres Hermanicas, which is focused on Sephardic music, around a year ago. Aquila, recently cofounded by Kammen and acclaimed Bay Area vocalist Phoebe Rosquist, will be doing excerpts from the Cantigas de Santa Maria.

The music dates from the reign of Alfonso X El Sabio (the wise), the King of Castile, León, and Galicia from 1252 until 1284. “There was a really rich convergence of Christian music, Jewish music, and Islamic art in the court of Alfonso,” said Rosquist by telephone. “It was a very tolerant reign. It was all about the scholarship of art, so you have this huge collection of the cantigas that he commissioned.”

The music will be an interesting, multicultural mix of styles: languages like Ladino and Galician, with instruments including vielle and rebec (medieval bowed, string instruments), medieval harp, ney (a Persian flute), recorders, oud (the Arabic lute), saz (a Turkish plucked string instrument), and percussion. “You definitely hear a Middle Eastern flavor to the modes in the tunes, whereas the cantigas are pretty familiar sounding to our Western ears,” explained Rosquist. “But they both have a narrative — they love to tell a story. In the Cantigas, it’s going to be a very improbable miracle story, but in the Sephardic songs it might be more like a fairy tale.”

According to Kammen, most of the music has a strong female aspect to it. “A lot of the Sephardic music is in the voice of a woman,” she related by phone. “There are a lot of mother-daughter songs — like a daughter talking to her mother or remembering her adventure with someone who turns out to be a prince. In the pieces we are doing that aren’t Sephardic, the medieval Christian music, the songs are mostly in praise of the Virgin Mary.”

Roses and almonds are powerful symbols in both traditions. Many of the pieces make references to the rose, such as “Rosa Das Rosas” from the Cantigas. This piece compares the Virgin Mary to a rose.  Almonds are considered a Jewish symbol of hope and renewal, and, according to a myth, the bottom of an almond is sometimes thought of as an entrance to the underworld.

“There is a lot of symbolism with roses and the symbolism of the almond is used often,” said Rosquist. “But I think the fruit that shows up the most in our program is in the song “Seven Ways to Cook Eggplant,’” she added with a laugh. “There are seven verses, and each one is a brand-new recipe from somebody’s relative.”

Rosquist also shared that she really enjoys the improvisational aspect of this kind of music. “You have to really dive into the language and be a storyteller and make lots of choices about ornamentation. You can take a lot of creative license, and most of us really enjoy that.” 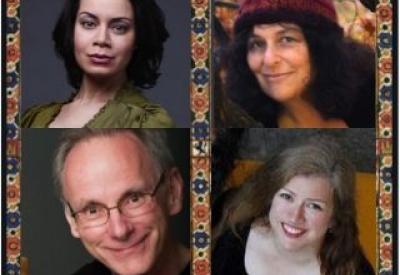 In a wildly entertaining, beautifully played program, the virtuosic early-music group Cançonièr brings to life one of the medieval period’s stranger social phenomena.