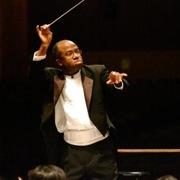 A Stab in the Dark at a Night at the Opera

Rebecca Liao on October 26, 2009
For its inaugural concert of the year, the Oakland East Bay Symphony will take us to a “Night at the Opera” on Friday, November 13. OEBS Music Director Michael Morgan has selected a large group of the most promising young singers in the Bay Area. With such a big cast, there is often the danger that each individual member will not receive his or her full due. But with Morgan in charge there are no worries on that score.

Maestro Morgan wanted to emphasize that even though he has been at the helm of OEBS for 20 years, he remains an ardent a champion of broadening classical music's horizons, so he hired a cast of singers who operate along the same wavelength. Brian Leerhuber, baritone, created the role of Breedley in A Wedding, directed by the late and great Robert Altman, at the Chicago Lyric Opera. Heidi Moss, soprano, sang in the premiere of The Grand Seducers. Three Mo’ Divas featured Hope Briggs, soprano, as a soloist.

Leerhuber was also Robert E. Lee in Philip Glass’ Appomatox, while Zachary Gordin, baritone, premiered the lead role of Wilder in the opera Earthrise, written by Pulitzer Prize-winner Lewis Spratlan. Kalil Wilson, tenor, lets us know from his Web site that he will soon premiere a new lead role composed for him.

Over the years, Maestro Morgan has gathered a family of singers, for whom the opening concert will be a performance as well as a reunion. Zachary Gordin, A.J. Glueckert, tenor, and Lori Willis, mezzo-soprano, have sung Faure’s Requiem, Bernstein’s Mass, and Handel’s Messiah, respectively, with the OEBS. Wilson performed in the symphony’s critically acclaimed and sold-out production of Porgy and Bess in 2007 and Gordin appeared as Montano in Othello.

With OEBS not indicating who exactly will sing what, we are practically invited to arrive at the concert with our predictions in hand. On the program for the evening are selections from Aida, La Forza del Destino, Nabucco, Lucia Di Lammermoor, Cavalleria Rusticana, Hérodiade, The Ring Cycle, and Candide. Moss’ crystal-clear soprano paired with any of the men, including Adler Fellow Joshua Bloom, bass-baritone, could fulfill all the casting needs for Lucia Di Lammermoor. As for Verdi, Willis’ mezzo-soprano is apropos, and Briggs boasts an agile lyric-spinto voice with a formidable stage presence that has carried her in several performances of Aida. The honor of performing the Nabucco piece will probably go to the Oakland Symphony Chorus and Oakland East Bay Gay Men's Chorus. When this work is performed in Italy, it is immediately followed by cries of “Bis, bis,” which never happens in America. But in the hands of these choruses, who knows?