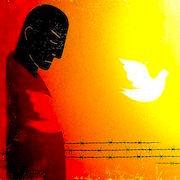 Beethoven’s “Ode to Joy” as the finale of his Ninth Symphony is matched magnificently by his 1805 opera Fidelio, with its passionate music hailing freedom and the triumph over tyranny and corruption.

West Bay Opera General Director José Luis Moscovich has spent months preparing the company’s Feb. 16–25 production, in Palo Alto’s Lucie Stern Theater. He says of the opera: “What’s so astounding about this piece is its universality, and its relevance to today’s situation.  We’ve been exploring Fidelio’s context, musically and sociopolitically.

“This was being performed in occupied Vienna, after Napoleon’s stunning victory at Austerlitz. The unthinkable had come to pass. The ancient order was upended overnight, and none of the rules seemed to work anymore. A time of tremendous upheaval, which challenged people’s ability to cope with life and what the news brought every day.”

Using the original German text with English supertitles, Moscovich, stage director Ragnar Conde, set designer Peter Crompton, and video projection designer Frédéric Boulay set the production in a contemporary, American, for-profit prison. “The orchestra winds will be on the sides of the stage, as we did for Salome,” says Moscovich, “lending a further Brechtian touch to the feel of the production, and greatly enhancing the sound.”

Regulars at West Bay Opera may be suspicious of what’s smacking of Regieoper (director’s opera), approaches that may or may not adhere to the composer’s or librettist’s intentions. And yet, it is the music that’s uppermost in Moscovich’s mind:

To recreate this atmosphere of upheaval and the state of mind confronting it, we have Beethoven’s fantastic, incredibly forward-looking music, now Mozartean, now proto-Wagnerian, but always intensely powerful, original and unique.

I find it to be a cathartic piece. It’s hard to not wind up in tears at the end, and they’re tears of joy! This piece speaks so clearly to the ability of the common person to overcome adversity. This is what we need today, and Beethoven comes to the rescue.

Moscovich assembled a cast of “high-powered singers,” led by dramatic soprano Meredith Mecum in the title role and heldentenor Brent Turner as Florestan. Mecum participated in the 2015 Merola Opera Program, and went on to a busy, illustrious career. Turner has won many contests, including the 2015 James Toland Vocal Competition, and has performed heroic-tenor roles.