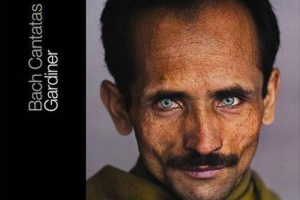 Conductor John Eliot Gardiner is accustomed to seeing large, ambitious projects through to fruition. He has founded celebrated and long-lived early-music ensembles, such as the Monteverdi Choir, the English Baroque Soloists, and the Orchestre Révolutionnaire et Romantique. He is also one of those conductors fond of encyclopedic recordings, including the complete Schumann symphonies, one of the most lauded period-instrument recordings of the nine Beethoven symphonies, as well as a star-studded set of the Mozart concertos for fortepiano.

In 2000 he added the Bach cantatas to his roster of “completes,” making a so-called pilgrimage around the world and conducting all 250 of ’em, culminating in a grand finale at St. Bartholomew’s Episcopal Church in New York City. Given his predilections, it was natural enough that Gardiner decided to issue those concerts as recordings; when his normal label refused to do so, Gardiner, undeterred, started his own distribution company. Thirteen years later, Gardiner’s obstinacy has paid off in full, and the series is now complete with the release of the 28th volume, devoted to Bach’s music for the Feast of the Ascension, including three cantatas and an oratorio.

Ascension is the feast held on the 40th day of Easter, celebrating Jesus’ bodily rise into heaven and his final words to his apostles. One might expect joyous music for such an occasion, and Bach fulfills that expectation in the most grandiose of Baroque manners, illustrated by the cantatas’ opening choruses alone. His earliest Ascension cantata, catalogued as BWV 37 (dating to 1724), begins with a tightly packed chorus for two oboes d’amore and three distinct overlapping themes for the choir. The second cantata, BWV 128 (1725), begins with even more aplomb, with an orchestral introduction involving multiple horns and oboes, leading into a somewhat old-fashioned chorale fantasia, with sopranos intoning the melody of a Lutheran hymn while the lower voices exchange joyous and rapid figuration that illustrate the fervency of the faithful poet, awaiting his own ascent. BWV 43 (1726) opens with a sweetly gentle introduction that soon gives way to an explosive chorus filled with dizzying contrapuntal display, accompanied by trumpets and drums. And the grandest opening of them all, for the oratorio BWV 11 (1735), features flutes, high virtuoso trumpet writing, and choral writing expressing unfettered joy.

The performances on this disc are a rare combination of impeccable performance and infectious enthusiasm.

The performances on this disc are a rare combination of impeccable performance and infectious enthusiasm. Gardiner is famous for his ambitious tempos, and he does not disappoint here. There’s nothing brutal or inappropriate about his athleticism, always informed by the spirit of the music and the feast for which it was composed. The soloists are without exception magnificent. The highlight of the disc for me is a spine-tingling performance of the oratorio’s alto aria, “Ach, bleibe doch,” in which a singer begs Christ to remain on Earth just a while longer. Bach later reappropriated this music for the Agnus Dei of his B-minor Mass. The Latin setting is its better-known incarnation, but the combination of the oratorio’s personally expressive German text, accompanied by a sighing violin line and stammering continuo, makes the aria even more powerful than in the Mass, and Meg Bragle’s touchingly earnest performance might just be enough to convert even the staunchest disbeliever. Other highlights include an ebullient performance by Dietrich Henschel of the formally inventive bass aria “Auf, auf mit hellem Schall” from BWV 128, as well as a thoroughly convincing completion by the orchestra’s first violinist, Kate Debretzeni, of the second movement of BWV 37, which comes down to us in fragments.

This disc completes a must-have collection for any serious Bach enthusiast.

This is a polished and welcome addition to the Bach discography, but is not without its flaws. I’m not fond of the recorded sound, particularly for the choral movements. On my systems, the choruses are strangely balanced, with a very frontal orchestra and a distant and muddy choir, causing the clarity of the more contrapuntal pieces to suffer. (Thankfully, this issue doesn’t plague the wonderful solo and small-ensemble movements.) I’m also not fond of the packaging for this series. For a 28- disc product aimed at collectors, the hardbound booklets are unfortunately fragile, and the cover photographs by Steve McCurry, while beautiful and instantly identifiable, seem included only for novelty’s sake; I can’t be the only person scratching my head at the portraits of modern Middle Easterners while listening to this music that represents the highest accomplishment of 18th-century Lutheran culture.

Despite these small flaws, this disc completes a must-have collection for any serious Bach enthusiast. If the praiseworthy music-making isn’t enough, then the discs are worth owning simply for Gardiner’s broad-ranging essays printed in the booklets, discussing the works’ histories and structures in admirable detail and clarity. These texts, like Gardiner’s distinctive interpretive stamp in the recorded performances, are the work of a deeply thoughtful musician who deserves accolades for bringing yet another monumental project to a close.