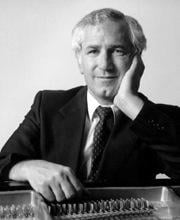 Only six members of the 11 musicians who make up the Avedis ensemble played Sunday afternoon’s program at the Florence Gould Theater. The program, by the Stanford Woodwind Quintet and pianist Paul Hersh, was devoted largely to Baroque music, most of it in transcriptions.

Good, virtuoso playing dominated, but the curious fact about this compilation is that most of the music was removed from reality — some it twice removed. That Vivaldi-Bach Concerto is Bach’s early arrangement for organ of Vivaldi’s Violin Concerto in A Minor, Op. 3, No. 8. Here it was played by the wind quintet; that’s violin music, arranged for organ, thence to winds.

The G Minor flute Sonata is by a Bach, not Johann Sebastian but rather his son, Carl Philipp Emanuel — a violin sonata! No one knows for sure who wrote that Trio Sonata (possibly C.P.E.?), yet it was listed as for two violins and continuo in the original. On Sunday, we heard it played by flutist Alexandra Hawley, oboist James Matheson, bassoonist Rufus Olivier, and pianist Paul Hersh.

Those same musicians played Telemann’s Quartet, which is actually a six-movement suite in the French manner, and a great charmer to boot. Telemann (1681-1767) was a kind of transitional composer, with one foot in the Baroque and the other dipping its toe into the lighter waters of the coming Classicism of J.C. Bach and Haydn.

Both types of music turn up in the “Parisian” Quartets. Both the opening Prelude and the Tendrement lightly give off a Baroque aroma, while each of the two Vite movements smacks of late-18th-century style, a style that had not yet firmly established itself. Telemann was far from being the stick-in-the-mud he’s usually thought to have been. Indeed, he created a number of musical breakthroughs.

Before playing Bach’s long, highly chromatic fugue, Hersh gave a minilecture on the worth of the piece. It’s one of those super masterpieces much admired by professionals, though no one’s favorite among ordinary listeners. The complexity of its textures is more than can easily be discerned by the average ear. That sort of thing is not uncommon in music. Some of the greatest of all operas have a small following — operas like Wagner’s Parsifal, Debussy’s Pelléas et Mélisande, and Schoenberg’s Moses und Aaron.

Hersh played the fugue reverently and accurately, adding just a touch of dramatic juice here and there. He brought the music to life, yet the audience reaction was muted. That, however, was not his fault, but can be laid to the score’s seriously uncompromising complexity.

Liebermann’s music is new to me. Although I know he has won awards back east, I’d never encountered any of his music before. His Fantasy on Bach for wind quintet and piano consists of a theme and variations, ending with a brief contrapuntal fling and the theme of Bach’s fugue thundered out in a slow pomposo manner, à la choral.

The audience loved it and raised a great commotion at its conclusion. But there was nothing at all adventurous in the piece. I kept thinking, “Next he’ll do ...,” and, sure enough, he would. Liebermann simply played it safe throughout, fearful of frightening the horses. In the process, I found the lack of daring to be troubling.

On such a beautiful Sunday, after a long bout of bitter winter and with spring weather beckoning outside, the theater was barely half full. I guess most people wanted to be out of doors. That, and the fact that the concert had almost no advertising other than on Avedis’ Web site. Too bad.