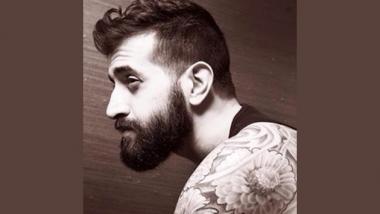 “At her characteristic best, in fact, she offers ‘mere beauty,’” wrote the great vocal critic John Steane of one of the great Golden Age coloratura sopranos, Selma Kurz. “[While] a subtle compound with ugliness will sometimes produce more memorable and moving art ... ‘mere beauty’ is no bad thing to contribute to the world’s pleasures.” 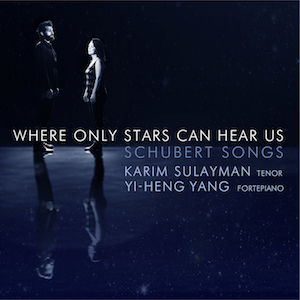 Similar thoughts come to mind when auditioning the high-resolution files of Grammy Award-winning Lebanese-American tenor Karim Sulayman’s new Schubert recital, Where Only Stars Can Hear Us (Avie). Accompanied on an 1830 Graf fortepiano by Iowa City-born Yi-heng Yang, Sulayman has assembled a generous recital of 18 lieder (songs) that addresses true connection and offers illumination in a time of political and social division, solitude, and darkness.

Sulayman possesses one of the most lovely, gentle, sweet, and sincere tenor voices on record. Ideal for simple songs such as Schubert’s early version of An den Mond (To the moon, D. 193) and An die Laute (To the Lute, D. 905) — the latter is sung and played to tripping perfection — his sound is so unfailingly fetching and delightful that, for many, it will be enough. Other times, however, listeners familiar with recordings of the greatest Schubert singers will want more. Play Die Sterne (The stars, D939), for example, and you may prefer soprano Elly Ameling’s radiance and ease over Sulayman’s slight strain at song’s end. In Des Fischers Liebesglück (The fisherman’s luck in love, D.933), a challenging song that demands utmost vocal freedom and light if the singer is to transcend the melody’s inherent sadness to express words of bliss, Sulayman cannot begin to lightly touch the high notes with the ease, grace, and delight of the great Elisabeth Schumann. Nor can either he or Yang supply requisite legato in Nacht und Träume (Night and dreams, D.827), especially when there’s a glaring bump of an edit mid-song.

Then again, Sulayman surprises with an extremely impassioned, full voiced Erlkönig (The elf king, D.328) that proves that he really can get going when he wants to. He may not (yet) have mastered the ability to summon up different voices for father, son, elf, and narrator, but it’s a most impressive performance nonetheless. I might ultimately prefer baritone Matthias Goerne’s meltingly beautiful early recording of An den Mond (To the moon, D.259) to Sulayman’s, but the equally lyrical closing song, Das Rosenband (The Rosy Ribbon, D.280), suits Sulayman’s lovely voice to perfection. At a time when we can use all the hope we can get, Sulayman and Yang’s Schubert is balm for the soul as well as the ear.

Anthony Reed and John Parr tread the delicate line between power and intimacy.

Anno Schreier Takes His Place in the Pantheon of Lieder Composers