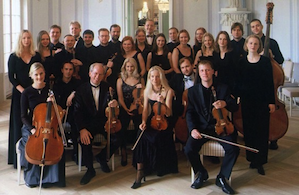 In 1997, Latvian violinist and conductor Gidon Kremer founded an exciting new chamber orchestra, consisting entirely of young musicians from the three Baltic States (Estonia, Latvia, and Lithuania). Kremer named the ensemble Kremerata Baltica, as a pun on ‘camerata’, a general term for a small chamber orchestra or choir. With Kremerata Baltica, Kremer has been tirelessly promoting new and unusual repertoire, notably from Eastern European composers.

Kremer’s latest project involves Polish-Russian composer Mieczyslaw Weinberg (1919-1996). A brief six-city tour across the United States serves as promotion for the release, later this month, of a double CD by Kremerata Baltica with some of Weinberg’s orchestral and chamber works.

Weinberg was a Soviet composer of Polish-Jewish origin, who graduated from the Warsaw Conservatory in 1939. He managed to flee to the Soviet Union before the German invasion of Poland, but lost most of his relatives in the Holocaust. He was a close personal friend of Dmitri Shostakovich (1906-1975), who regarded him as one of the great composers of the day.

Celebrated and often performed during the Soviet era, Weinberg’s career collapsed together with the USSR, and until a few years ago his music remained virtually unknown in the West. There are critics who consider him to be the third great Soviet composer, together with Prokofiev and Shostakovich.

Every one of Weinberg’s musical statements gets emphasis or an exclamation point, even in the softer passages ... But the forcefulness and inescapable intensity of the music are absolutely gripping.

Sunday’s concert by Kremerata Baltica, part of the Great Performers Series of the San Francisco Symphony, included music from both Shostakovich and Weinberg, but the program had to be adjusted because Russian bass Alexei Mochalov had to return to Moscow due to the sudden and tragic death of his wife, pianist Mariya Barankina, at age 46.

Mochalov was the originally scheduled soloist in the Anti-formalist Gallery by Shostakovich (1958), and since a replacement for this infrequently performed work could not be found at short notice, the Kremerata Baltica decided to play a second Weinberg piece instead: his Symphony No. 10 in A Minor, Op. 98 (1968), clumped together after intermission with the Concertino for Violin and Strings, Op. 42, in which Gidon Kremer was the soloist.

Weinberg’s music is very demanding and compelling, but not necessarily in a beautiful or lovely way; it is not exactly music that allows you to sit back and relax. Instead, the listener is pulled in by the scruff of the neck, forced to confront the dense harmonies and angular melodies.

Every one of Weinberg’s musical statements gets emphasis or an exclamation point, even in the softer passages, and his musical landscapes are generally bleak and desolate — places where even a lyrical cadenza in the cello doesn’t provide much relief.

But the forcefulness and inescapable intensity of the music are absolutely gripping.

A quick search on YouTube confirms that many of Weinberg’s compositions breathe a certain Soviet-tinged heaviness but also that Weinberg is capable of writing more lighthearted music, demonstrated for instance by the very lovely beginning of the first movement of the Third Symphony. And Sunday evening’s encore was a sharp and crisp little musical rush that Weinberg wrote for a cartoon called “Bonifatsy’s Holidays.” A little levity at last.

A distinctly different level of musical joyfulness and orchestral color could be found in the Variations on a Theme of Frank Bridge, Op. 10 from 1937 by Benjamin Britten (1913-1976). The musicians of Kremerata Baltica played this series of musical vignettes sans conductor before intermission. Its theme and 10 variations each reflect a specific side of the personality of Frank Bridge (who was Britten’s teacher) and display a colorful range of contrasting emotions and atmospheres, which were beautifully delivered by the Kremerata musicians.