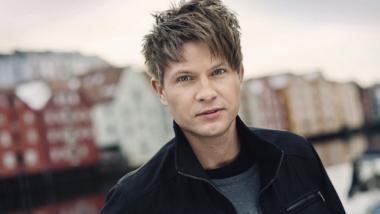 Conductor Krzysztof Urbański returned to the San Francisco Symphony for his second program of October, one full of surprises. Joshua Roman replaced Sol Gabetta as cello soloist in the Dvořák concerto, which, in an unusual programming configuration, opened the concert.

It’s reasonable — the work clocks in at nearly 45 minutes, and concert halves must somehow be balanced. But Mozart’s Magic Flute Overture is best when it’s first; in the middle of the program, it felt almost like filler (even as it danced).

Lightness also characterized the concerto, which in some ways was refreshing. Cellists of the past imbued the long work with a general heaviness that only increased in the most difficult technical passages, but Roman, who won principal cello at the Seattle Symphony Orchestra at the age of 22, doesn’t need the extra time. His obvious facility lends itself to forward motion, if not necessarily power (in the outer movements, it was the orchestra that created the drama). In fact, he shone in the quieter, more intimate moments. His figurations in the Adagio, and almost transparent treatment of the Allegro’s minor-key melody, were particularly beautiful.

But Lutosławski’s Concerto for Orchestra was the main event. Urbański led a high-energy performance of stellar playing, both individually and across the sections.

It’s difficult to hear this music without hearing other composers: Stravinsky, in the more austere moments, Szymanowski, in the coloristic ones, and most of all, Bartók. Recordings often seem to prioritize one of these flavors, to the detriment of others — and of Lutosławski’s own voice. On Thursday, though, all of these facets combined in a way that was natural.

The folk melody that weaves throughout the first movement ambled, the timpani pulse sensitive, rather than pounding. Toward the end of the movement, where the same motif repeats endlessly above held chords, Urbański managed the solo voices in a way that created a seamless back-and-forth, even as individual timbres asserted themselves.

Thornily chromatic lines scurried to life in the second movement, where each phrase revealed new splendors. In fact, the effects — shimmers of high clusters, cascading scales — sometimes seemed almost artificially enhanced. The performance didn’t overtly prioritize rhythm, yet the movement always danced, and in the middle section, the brass fanfare was crisply powerful.

Concerto for Orchestra ends with a movement that so dramatically changes faces, it could be its own work. Thursday’s performance expertly paced the progression of the passacaglia, initially a mere support, into a scream. The winds, in particular, displayed impressive adaptability throughout the unpredictable toccata section, despite the considerable technical challenges. The coda was thrilling.

This is the second 20th-century Polish work Urbański has conducted on this tour; earlier this month, he led a beautifully nuanced performance of Penderecki’s Threnody for the Victims of Hiroshima. It’s hard to imagine a better champion of either work. For this music alone I anticipate his return, and hope it will be Szymanowski’s turn next.

The young violinist plays a thrilling Mendelssohn concerto in perfect synch with the S.F. Symphony