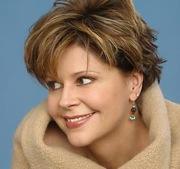 Magical Mahler From the S.F. Symphony and Susan Graham

Georgia Rowe on September 19, 2009
For many San Francisco Symphony fans, the orchestra’s 2009/2010 season finally got underway last Wednesday (Sept. 16). True, the season’s official start came one week earlier, with a glitzy gala that featured pianist Lang Lang. But it wasn’t until Wednesday’s all-Mahler program at Davies Symphony Hall that Music Director Michael Tilson Thomas and the orchestra got down to serious business. And, as usually happens when this conductor and his ensemble delve into the music of Mahler, the results were dazzling.

Wednesday’s performance, which launched the Symphony’s three-week Mahler Festival, included performances of Mahler’s Symphony No. 1 in D Major, and the composer’s Rückert Lieder, with mezzo-soprano Susan Graham as soloist.

Mahler, of course, has become both a touchstone and a specialty (as well as a cottage industry) for Tilson Thomas, who throughout his tenure in San Francisco has returned to an in-depth exploration of the composer’s works. A major component of the exploration has been the Mahler recording project, which launched in 2001 and has already committed to disc, on the SFS Media label, all of the Mahler symphonies, the Adagio from the unfinished Tenth, the Kindertotenlieder and Das Lied von der Erde as well as a remaster of the previously recorded cantata, Das Klagende Lied.

The digital recorders were running again on Wednesday to capture the Rückert Lieder. It’s a pity they weren’t recording the performance of the First Symphony. The orchestra has already recorded and released this monumental early work, but Wednesday’s performance — the first of four — was one for the ages.

Tilson Thomas relishes the contradictions in Mahler — the hymns and marches, the bits of folk tunes and evocations of nature — and his reading of the First Symphony was a splendid example of his integrated approach. There was a profound depth of understanding — and the wonted air of sensuality — audible in the first movement’s introduction, with the conductor building an atmosphere of unsettled expectation. That sense carried through the main theme and the myriad sonic riches of the exposition section.

Tilson Thomas elicited an especially fine performance in the Scherzo — forceful and vivacious, with the low strings growling ferociously and the horns voicing with authority. The trio section was delicately etched. The great slow movement, with its minor-key tribute to “Frere Jacques,” proceeded with weight and majesty, arresting in its ghostly charm, with the klezmer-like music that breaks through the mist registering with formidable impact. Tilson Thomas blazed through the finale, mitigated only by the violins’ wistful contributions.

If the orchestra sounded somewhat less grounded in the Rückert Lieder, Graham was characteristically poised and radiant. The American mezzo-soprano lent her full, lustrous tone, regal bearing, and keen sensitivity to these uniquely beautiful songs, beginning here with “Liebst du um Schonheit” (If you love because of beauty), conducted with great sensitivity by Tilson Thomas and limned by Graham’s lovely, rounded projection of the text.

For reasons unspecified, the order printed in the program had been reshuffled; “Blicke mir nicht in die Lieder” (Don’t look into my songs) and “Ich atmet’ einen linden Duft” (I breathed a gentle fragrance) followed, with the latter eliciting a particularly rapturous response from the singer. Graham's interpretation of “Ich bin der Welt abhanden gekommen” (I am lost to the world) may not have met the otherworldly standard set by Janet Baker, but “Um Mitternacht” (At midnight) brought the cycle to a majestic close.

The recordings with Graham and Thomas Hampson (in Songs of a Wayfarer next week) will be augmented by one for another medium during the final two weeks of the Mahler festival. The program titled “Origins and Legacies” (Sept. 23-26), featuring Hampson, will be filmed for the orchestra’s Keeping Score television series; those installments will be broadcast in 2011-2012, marking the centenary of both Mahler’s death and the San Francisco Symphony’s inception.