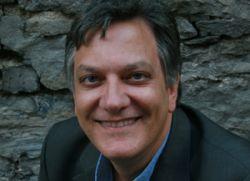 I have long wished to hear a live performance of Marc-Antoine Charpentier’s Descent d’Orphée aux enfers. Several years ago, I even transcribed portions of the composer’s manuscript from a facsimile in the UC Berkeley library. If I could have chosen any Bay Area ensemble to perform the work, it would have been Warren Stewart’s early-music ensemble, Magnificat, which assembled an ideal cast for its performance Sunday at St. Mark’s Lutheran Church in San Francisco. I cannot imagine a more perfect rendition.

Charpentier’s work, dating from around 1686, is what would have been called a “masque” in equivalent English works of the period: something of a secular oratorio or expanded cantata for a small instrumental ensemble and eight soloists. It retells portions of the ancient Orpheus story, but stops before the usual climactic scene where Orpheus gives in to temptation and loses his wife for good. Because of this, there is speculation that La Descent was never finished. As it stands, Charpentier’s work came during the heyday of the classical French musical style essentially founded (and enforced) by the composer Jean-Baptiste Lully, and predates the Italianizing influence of the early-18th-century French craze for cantatas. French musical style from this time is distinct from the more mainstream Italian and German styles forming the bulk of repertory of early-music ensembles.

[Aaron Sheehan’s] is the type of singing I aspire to.

Successful performances depend on assembling the rare musicians who “get” this style. With Magnificat, tenor Aaron Sheehan sang the title role of Orpheus with an exquisite tone perfectly matched to this repertory. French Baroque music requires a sort of nuanced singing that is less oriented toward large phrases and showmanship, though I doubt that Sheehan, who sang superbly, would have any difficulty in more legato music. His is the type of singing I aspire to.

In the past, I have found bass Peter Becker to be mismatched to some of his roles, but here his fine acting and full voice were perfectly suited to the role of Pluto. I have never heard him sound better. Sopranos Jennifer Ellis, Laura Heimes, and Clara Rottsolk sang with great beauty and clarity in each of their extended solos. I do not think I have ever heard a more memorable performance of a single note than Heimes’ pathos-laden “Ah.” Rounding out the cast with equal vocal deftness were tenor Daniel Hutchings, countertenor Andrew Rader, and bass Robert Stafford, though Stafford displayed a slight tendency to oversing. Most important, all the soloists showed themselves to be first-rate ensemble singers (save Sheehan, whose role did not call for it). One’s ability to sing with a blendable tone and adapt one’s intonation and volume so that it matches other parts is of paramount importance in Baroque music, in which soloists also perform trios, duets, and full six-part choruses.

I have heard countless disappointing performances of works like Beethoven’s Ninth Symphony or Bizet’s Carmen performed by expensive, international soloists who simply do not understand how to sing with a group. Instead of straight-tone, they require the ability to move between solo and ensemble textures, which for me is the characteristic quality of so-called early-music singers.

I do not think I have ever heard a more memorable performance of a single note than Heimes’ pathos-laden “Ah.”

Inappropriate use of vibrato can wreck ensembles, but it usually indicates a deeper lack of musicality. Magnificat’s performers did not eliminate either vibrato or vocal maturity. Examplars were several performers on period instruments, such as violin leader David Wilson and gambist John Dornenberg, who frequently used vibrato to good effect. In the softer, more resonant, and blendable tone of period strings, well-paced vibrato can work.

Although he is most distinguished by his ear for choosing the right performers, Stewart conducted his crew from memory and without a score, and was in complete control of the ensemble. The intermissionless concert lasted barely an hour, and Stewart wisely did not program a first half. I had the impression that this gave his fine musicians ample time in rehearsal to reach an outstanding level of polish. Every bit of pacing and each detail was worked out to achieve its best dramatic impact.

Considering La Descent’s bloodless text, a plot that goes nowhere, the lack of special lighting or costumes, and the limited (and unstaged) forces of eight instrumentalists and eight singers, the success of Sunday’s concert challenges conventional notions about just what it takes for a dramatic work to be entertaining. I wish more people had turned out to hear this remarkable concert.