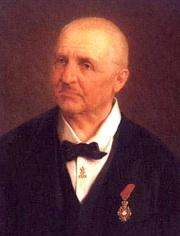 Dan Leeson on February 26, 2010
At the February 25 San Francisco Symphony matinee, Conductor Laureate Herbert Blomstedt led the orchestra in two polar opposite symphonic masterpieces. Both works received the high-polish performances you expect from a world-class orchestra and their juxtaposition turned out to be brilliant programming.

The concert opened with Mozart’s Symphony in C major, K. 425 (“Linz”), composed for performance in that Austrian city, in 1783. Even though the work is structurally flawless and ravishingly beautiful — and written in an astonishingly short four days — nevertheless, it was upstaged by the Symphony Number 6 in A Major of Anton Bruckner, an awe-inspiring work that is twice as bold, almost twice as long, uses twice the personnel, and is umpteen times more sprawling than the Mozart. When such a unique programming event happens, special attention must be paid.

Mozart’s “Linz” is a fabulous utterance by the finest composer who ever lived (in my opinion). The performance under Blomstedt was graceful and thorough, with exquisite work from oboist William Bennett and bassoonist Steven Dibner in their solos and duets in all four movements. I salute Blomstedt for observing every one of the symphony’s repeats (and there are a pile of them throughout the score), a necessity that some conductors blithely disregard as an unimportant detail.

Anton Bruckner’s Sixth Symphony is a magnificent composition. However, any music lover who expects to digest it in one hearing is in for a big disappointment. For one thing, the structure of this symphony — as, for that matter, all of Bruckner’s symphonies — is vastly different from anything that came before or would be composed in the mid- to late-19th century.

Bruckner’s symphonic structure consists of a series of brief building blocks of music, a technique that continues to the end of each movement, sometimes with scant attention paid to what the previous building blocks had to say. Yet, in violation of a fundamental principle of Euclidian geometry, the whole turns out greater than the sum of its parts. It is exquisite, intense, and dazzling music that puts the listener’s emotions in a choke hold.

Bruckner’s melodies are angular, not easily remembered, and unlikely to be whistled by the average concertgoer on leaving the theater. Lush tunes go places where you don’t expect them to go, and are sometimes responded to, or interrupted by, barely related tunes played with full dynamic force by the San Francisco Symphony’s potent brass section. Classy playing came particularly from trumpeter Mark Inouye and hornist Robert Ward. Indeed, the entire horn section glowed in the several horn trios and quartets that punctuated the symphony’s third movement. When it comes to bravura, there is absolutely nothing that competes with multiple French horns flawlessly executing independent lines. Somehow, it makes me want to stand up, salute, and join the army.

The concert’s playbill included a program note for the Mozart symphony that the late Michael Steinberg wrote in 1977. Steinberg, program annotator for the San Francisco Symphony for two decades, wrote with enormous energy, brilliance, clarity, elegance, and above all, accuracy. I am so happy to see that his notes continue to be reused, because they cannot be surpassed. And, while on the subject, I enjoyed the splendid notes on the Bruckner symphony by the orchestra’s new annotator, Scott Foglesong.