SFSymphony+ Takes Nostalgia Up a Notch 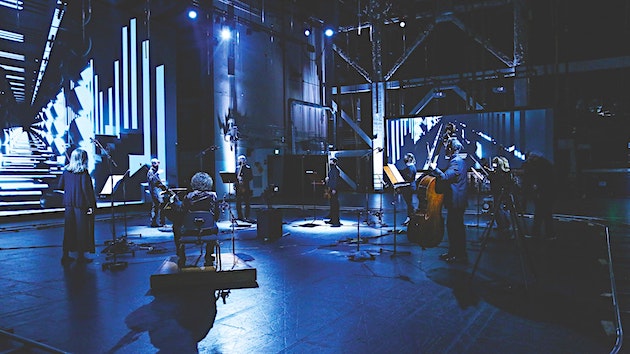 To launch its new on-demand streaming service, the San Francisco Symphony headed straight to SoundBox, the organization’s popular laboratory of innovation. Nostalgia, the first program in an ambitious “SFSymphony+” series that rolls out over the coming months, aims to capture the blend of live music, projections, creative acoustics (thanks to the liberating Meyer Constellation Sound System), and a nightclub atmosphere that’s drawn crowds to the cavernous industrial space on the backside of the Davies Hall building since 2014.

It was the intuitive, perhaps inevitable choice for pandemic-era distanced listening and viewing. A screen and speakers, as the opening program demonstrates, can become a become a kind of digital analog to the swirling sensorium an on-site SoundBox evening offers. Furthermore, the series showcases one of the signal initiatives of new music director Esa-Pekka Salonen — the slate of collaborative partners he’s enlisted. Curators of upcoming SoundBox bills include such ongoing collaborators as singer Julia Bullock, flutist Claire Chase, and composer Nico Muhly.

Salonen himself devised Nostalgia. Its 30-minute running time is built around three string pieces composed within the past decade: Freya Waley-Cohen’s Conjure, Missy Mazzoli’s Vespers for Violin, and Caroline Shaw’s Entr’acte. Adam Larsen and Yee Eun Nam did the projections, with lighting by Luke Kritzeck. 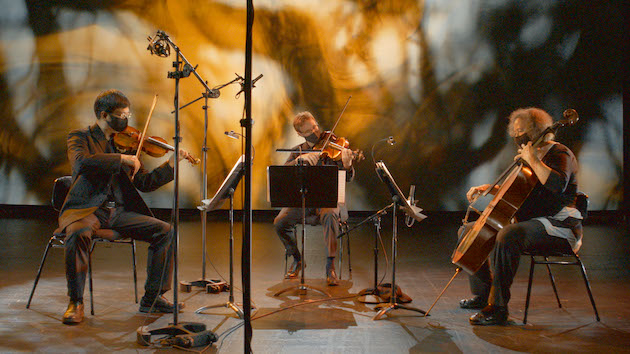 Salonen turns up to conduct the multimovement Entr’acte, performed by a seven-member ensemble. The viewer is transported down tunnels of geometric forms, spun through kaleidoscopic gyrations, and quick cut through flashing shard-like glimpses of the players. Shaw’s composition makes its own journey from seraphic harmonies to woozy dissonance, rhythmically taut pizzicatos to beguiling evocations of harps and lutes. 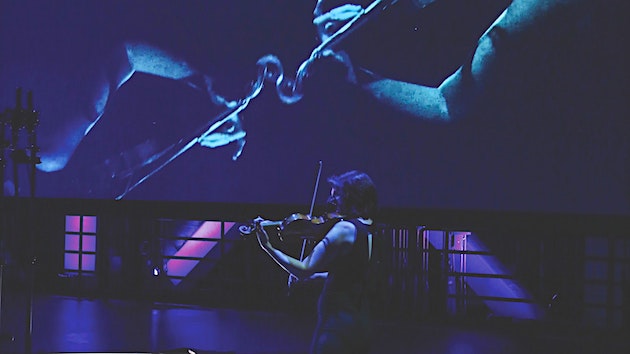 Through it all, there’s much to admire about the fusion of sight and sound. There’s rarely a static or nondynamic passage, as the projections and mobile camera work fill the screen with ever-shifting patterns and perspectives. But what animates also begins to wear and undermine the music that’s being performed. In seeking to summon up the multimedia charge of a SoundBox program, the creators may have overshot their mark some in this debut, leaning too hard on production values that partially obscure what everyone’s missing in these solitary times — the primary connective power of live ensemble music.

There are, to be sure, plenty of choice moments when sight and sound cohere. Nothing is finer than cellist Barbara Bogatin’s tender and touching solo near the end of Entr’acte. Even as her image morphs into variants that call Marcel Duchamp to mind, the sustained close-in shots of her convey the visceral immediacy of a cello’s form and strings set humming in a great performer’s embrace. 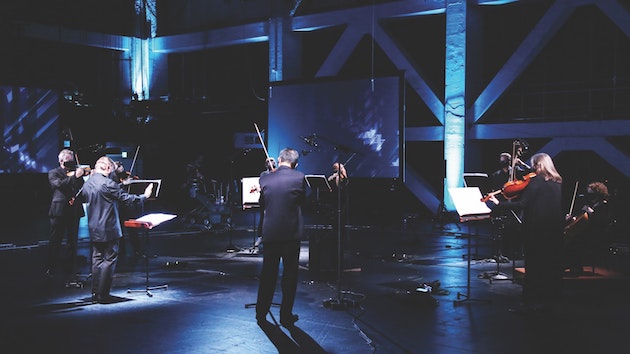 The performances throughout are first-rate. The trio finds the organic unfolding, structural integrity, and textural variety in Waley-Cohen’s alluring and often ebullient Conjure. In one furiously engaging section, a Bach chaconne and backcountry hoedown seem to occupy the same musical space. Sedukh gives Mazzoli’s Vespers a contoured and persuasive reading. Bogatin has ample good company in the Shaw piece.

As an opening move, Nostalgia serves notice that SFSymphony+ has made a major commitment to adaptive vitality. Even the technical over-reaching can be seen as a promising sign, a full-on testing of this evolving medium’s potential. Stay tuned for further fine tuning and for what’s ahead.

A new omnibus streaming option opens up a world of creative musical efforts from the orchestra and its partners.

The hour-long concert takes a cinematic approach to its melding of musical works with insightful commentary by Esa-Pekka Salonen, musicians, and SFS personnel.

The conductor is pursuing his new collaborative role with SFS in a fresh video/podcast series.