In answer to the lusty strains of Siegfried’s fanfare coming from the War Memorial Opera House last Friday, the San Francisco Symphony echoed back the following evening with the gentle call of a post-horn. Michael Tilson Thomas led the orchestra at Davies Symphony Hall in a compelling performance of Mahler’s Symphony No. 3 at Saturday’s season-closing concert — a bittersweet reminder of how sorely the conductor’s legendary interpretations of Mahler will be missed after his retirement as music director, in 2020.

Mahler’s Third is an eccentric work, and not only for its colossal length of about one-and-three-quarters hours — the longest in the symphonic repertoire (though it felt like nothing after sitting through 15 hours of Wagner). It’s something of a “meta-symphony,” commenting on the history and conventions of the genre. In the first bars, the S.F. Symphony’s formidable horn section melded into a single super-instrument for the opening theme. The melody paraphrases the finale of Brahms’ First Symphony, which itself is a reworking of Beethoven’s “Ode to Joy” — a quotation of a quotation that encapsulates German Romanticism.

It’s almost as if Mahler, poised at the turn of the century, were mourning the end of this symphonic tradition; his recursive musical reference gave way to a funeral march, set in motion by Edward Stephan’s dull timpani thuds and driven forward by a warlike motive played with penetrating intensity by the orchestra’s muted trumpets. It’s an oddly somber way to begin a symphony, but as the dirge develops, Mahler digresses with lighter, seemingly unrelated “asides.” Associate Concertmaster Nadya Tichman halted the procession with her playful rendition of a rustic fiddle line, which in turn was interrupted by grotesque clarinet cackling. Other interjections inspired by popular and folk idioms emerged: ridiculous little Sousa-esque marches, jangling percussion outbursts, and an oom-pah brass polka.

Mahler’s stitching together of various stylistic allusions, both “highbrow” and “low,” anticipates Charles Ives’s symphonies as well as the third movement of Luciano Berio’s 1969 Sinfonia, which piles a slew of orchestral quotations atop the Scherzo from Mahler’s Second. However, Tilson Thomas avoided the chaos of these modernist collage works in favor of a deliberate unfolding of musical events. For example, the conductor sat on the pregnant pauses that punctuate the movement, allowing Mahler’s eccentric tangents to sink in before the orchestra entered a new section.

Rather than a collage, MTT seemed to treat the score as a kind of imaginary drama. Several moments in the first movement felt closer to opera than symphony, with soloists standing in as “characters.” In a Wagnerian recitative passage that sounded straight from Wotan’s Walküre monologue, principal trombonist Timothy Higgins managed to wordlessly communicate a full range of emotions through subtle shading and voice-like inflections.

This theatricality was especially pronounced in the third movement, a pastoral scherzo that Mahler originally dubbed “What the Animals in the Forest Tell Me.” There was a fairytale charm to the orchestra’s performance; Catherine Payne’s gleefully trilling piccolo birdcalls and a mischievous klezmer-tinged melody played with tip-toeing delicacy by the strings conjured images of some mysterious woodland gathering. Halfway through, trumpeter Mark Inouye’s offstage post-horn call suspended this Bavarian bacchanal, materializing dreamlike from some unseen space behind the orchestra. His mellow, vibrato-less tone lent the disembodied solo a lullaby quality, calling to mind the enchanting Sandman scene from Humperdinck’s Hansel and Gretel.

When human voices finally arrived in the fourth and fifth movements, it wasn’t a moment of triumph, as in Beethoven’s Ninth. Perhaps in response to Beethoven, Mahler selected a poem on joy from Friedrich Nietzsche’s Also sprach Zarathustra (Thus Spake Zarathustra). But unlike Schiller in his orgiastic hymn, Nietzsche injects an element of pain into his prophet’s “Midnight Song.” Zarathustra prefaces his roundelay with the paradoxical musing: “So rich is joy that it thirsteth for woe, for hell, for hate, for shame.”

Mezzo Sasha Cooke tapped into this tragic undercurrent with her solemn, dark-hued intonations of “O Mensch.” It was an enigmatic interpretation that came across as a sibylline warning for mankind. She maintained a certain emotional reserve throughout, never allowing her finely shaped phrasing to slip into dramatic expressions of grief, even on lines like “deep is the pain!”

Her performance in the fourth movement was less stoic as she took on the role of the penitent sinner Peter in “Es sungen drei Engel” (Three angels were singing), adapted from Mahler’s Des Knaben Wunderhorn (The youth’s magic horn) song cycle. The pitiful little sob she emitted when her character begged for God’s forgiveness was pathetically moving. Behind her, female members of the S.F. Symphony Chorus offered some angelic narration, and the Pacific Boychoir reveled in their “bimm, bamm” bell chimes (I particularly loved the little guy who swayed back and forth in time with the tolling).

The vocal portion of the symphony is disappointingly short; it’s only a prelude for the expansive final movement, in which the Brahmsian opening theme is transmuted from its initial D minor form into a purified D major incarnation — the same harmonic trajectory as Beethoven’s Ninth. But in place of big-finish fireworks, Tilson Thomas favored a contemplative reading in the spirit of Cooke’s understated performance. The string section’s warm, embracing tone conveyed a more inwardly focused joy than Beethoven’s unconstrained jubilation. In contrast with the spontaneous silences and sudden mood changes that marked the rest of the symphony, MTT traced a wide, seemingly endless arc in this final movement so that the musical material stretched out into an unceasing song — a manifestation of Zarathustra’s aphorism that “all joy aspires to eternity.”

The closing-night program served as a fitting celebration for the two retiring S.F. Symphony members who were honored that evening: second violinist Dan Smiley and assistant concertmaster Mark Volkert. In addition, first violinist Yukiko Kurakata and associate principal violist Yun Jie “Jay” Liu were recognized for their 25 years with the orchestra. 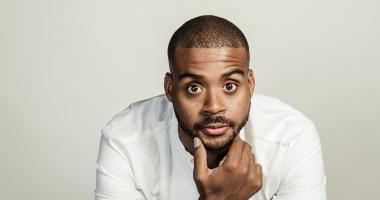