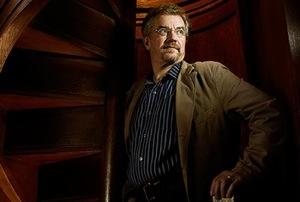 Georgia Rowe on October 30, 2009
Osmo Vänskä saved the best for last in his most recent guest appearance with the San Francisco Symphony. Wednesday night at Davies Symphony Hall, the Finnish conductor introduced his second program in two weeks, achieving his most dynamic and cohesive results with this orchestra to date.

The performance, which included Beethoven’s Symphony No. 8 in F Major and the “Coriolan” Overture; Sibelius’ Violin Concerto in D Minor; and Aulis Sallinen’s Symphony No. 1, found Vänskä, the music director of the Minnesota Orchestra, galvanizing the S.F. Symphony players. Even the most familiar works on the program, which repeats Friday (minus the Sallinen) at Davies, and Saturday at Flint Center in Cupertino, were infused with this conductor’s splendid brand of energy and brilliance.

Not that there was much to object to in Vanska’s initial program (performed Oct. 22-24), which included Tchaikovsky’s Piano Concerto No. 1, Dvořák’s Symphony No. 7 and an absolutely thrilling performance of John Adams’ Slonimsky’s Earbox, making its long-overdue S.F. Symphony premiere.

Yet Vänskä’s visit (which I can only hope will become an annual one) reached a decided apex with Wednesday’s concert. Perhaps it was the extra week of rehearsals with the orchestra, or the inspired choice of soloists (violinist Vadim Repin in the Sibelius). More likely it was the second week’s choice of repertoire. Each piece on the program clearly means a great deal to Vänskä, and it showed in the performances.

The all-Beethoven second half was particularly impressive. Vänskä, who has recently recorded the complete Beethoven symphonies with his Minnesota ensemble, delved into the composer’s music with tremendous vigor; the Eighth Symphony hadn’t appeared on a S.F. Symphony program since 2001, and it may have been considerably longer since it sounded this vibrant.

Turbo-Charged and Ready to Roll

Vänskä, who gives the impression of a man who can’t wait to get started — no portentous pauses on the podium to collect himself for this conductor — plunged into the opening Allegro with breathtaking force. Vänskä observes the movement’s “Con brio” marking; he summons a startling sense of forward momentum in the introduction, conjures a turbulent development section, and bears down with apt intensity in the recapitulation. Throughout, he manages to bring forth the orchestra’s discrete voices with stunning clarity.

The second movement was elegant, shapely; here, Vänskä lavished attention on the woodwinds, which sounded impossibly crisp and well-defined. This conductor gets the humor, as well as the wonted sense of nobility, in the third movement minuet. He goes for broke in the finale, coaxing big, enveloping sound, and a firm rhythmic pulse, from the orchestra.

Vänskä also blew the cobwebs from the “Coriolan” Overture, delivering a rich, bracing performance brimming with élan. It was a performance to remind you of the depth of exploration still possible in Beethoven’s works.

The all-Finnish first half began with Sallinen’s Symphony No. 1, in its S.F. Symphony premiere. Composed in 1971, the single-movement work creates an atmosphere of restless energy into which episodes of icy calm intrude; the low strings brood, woodwinds sing an insistent song, and the horns assert themselves with an almost physical presence. Sallinen also incorporates unusual percussion sounds, including bells and a ghostly tick-tock that harkens back to Beethoven’s Eighth. The effect is beguilingly layered, a reverie on a bed of chaos; Vänskä, whose affection for the score was palpable, led a splendidly detailed performance.

In between, Repin joined the orchestra in the Sibelius concerto. The Siberian violinist’s wiry, sharply etched, and highly expressive tone was an asset throughout; if he struggled a bit with intonation, particularly at the start of the slow movement, his performance acquired a kind of steely focus as it progressed. Like Vänskä, Repin has little use for Romantic excess; his playing is muscular and deeply probing. He relishes the score’s daredevil aspects, yet its essentially lyrical vein never escapes him. Vänskä lent considerable urgency to the first movement, conferred weight and majesty on the second. He took the finale at an admirably fast, firm pace. Some conductors appear always to be choosing between respecting and revitalizing a score; with Vänskä, it never seems an either/or proposition.