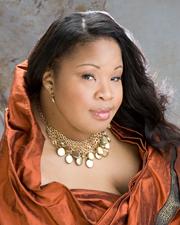 Fixed on the playlist of eternally popular operas, Verdi’s La traviata is easily adapted to community opera houses. It is full of all the elements that people find most appealing to opera: glamour, effusive melodies and, best of all, great love with an unusual love triangle. This past weekend West Bay Opera opened La traviata as the final production of its 54th season.

There is not much in the moral situation of the opera that grips the contemporary viewer. Its definitions of sexual morality, shame and conventional honor were long ago driven from American mores. We have nothing to compare to the world of the 19th-century demimondaine. And Germont père’s concerns that his son’s fascination with a courtesan might destroy his daughter’s opportunity for a suitable match are as incomprehensible to us as chastity belts and whalebone corsets.

The glamour that the opera affords us, however — all the champagne and satin — is irresistible. And even more appealing is the character of Violetta. Innately noble and elegant, she is both frivolous and capable of enduring passion. And she has a mind that allows her to mediate her desires. She is one of the most fully nuanced of Verdi’s female characters, and the nuances are reflected in the music. Violetta’s vocal repertory is not only daunting, moving from spoken word through recitative and pianissimo into dramatic lyricism and some scalp tingling coloratura, it is endlessly engaging.

Former Adler fellow Karen Slack portrays Violetta. Once a member of the Merola program, she has a rich, amber-toned voice with lots of refined color and power and is exceptionally suited to the more demonstrative parts of the role. Her coloratura and pianissimo could have used less punch and more delicacy, especially in the first act; Violetta, after all, is dying of consumption. And Slack’s interpretation was more earthy than elegant when she slugged down those opening party glasses of champagne. Nonetheless, she was pleasant to listen to, though her interpretation has plenty of room to grow. One of the great virtues of companies like West Bay Opera is that they give young singers the opportunity to develop the subtleties of complex roles, like those of La traviata, before appreciative audiences.

Jesús León, who sang Violetta’s passionate and impulsive lover, Alfredo Germont, has a lovely tenor voice, consistent in its clarity and intonation. He was a joy to listen to but he also seemed theatrically challenged, lacking the focus of a man in love. His attentions toward Violetta seemed more random than obsessive.

The third character in the love triangle, Alfredo’s father Giorgio, was sung by baritone Zachary Gordin. The object of his love is his son, rather than the beautiful Violetta. Gordin acquitted himself well in this role, which requires dignity and a persistent emotional commitment to the character’s agenda, that of wresting his wayward son from inappropriate social connections. Gordin’s voice was suitable to the conversational legato of the score, with the right weight and dark timbre.

The intimacy of the score, which depends on the violins to portray the delicate and failing courtesan, was maintained effectively by the chamber-size orchestra of 24 players, conducted by John Kendall Bailey. There was some very sympathetic and attractive first-violin playing, notably in the melancholic prefiguring of Violetta’s death.

Set designer Peter Crompton provided a wonderfully colorful world with intricate, gold decorative arches over the stage. Lighting designer Robert Anderson and costume designer Callie Floor supported the look with striking color and fabrics. The long narrow Lucie Stern Theatre provided not only intimacy, but conspicuously good acoustics that gave the voices weight and clarity no matter where and in what direction the singer was placed onstage.

It's hard to overstress how important companies like West Bay Opera are to the life and vigor of opera in the Bay Area. Its commitment to nurturing young performers and presenting opera in intimate and pleasing settings, as well as its dedication to involving the community, as performers and as audience, are exemplary. But, as is the case all over, the current economic crisis has taken its toll on the future of the company. West Bay Opera is an exceptionally good community opera, as this La traviata shows, and perhaps that will shake loose some donation dollars. Meantime, it's very much worth seeing.