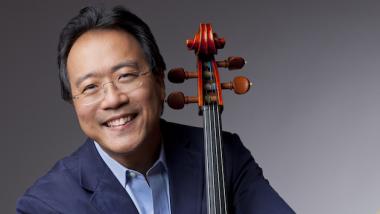 Ever since Esa-Pekka Salonen relinquished his position as music director of the Los Angeles Philharmonic in 2009, his returns to the podium as the orchestra’s conductor laureate have been highly anticipated.

The series of concerts that began Thursday, however, were particularly significant in the way they emphasized Salonen’s dual role as conductor/composer, featuring consecutive performances of the concertos composed for his long-time colleagues: Yo-Yo Ma, Yefim Bronfman, and Leila Josefowicz.

Thursday’s concert featured the West Coast premiere of Salonen’s Cello Concerto. It would be followed Friday and Saturday with performances of his Piano Concerto (with Bronfman as soloist), ending Sunday with Josefowicz performing the Violin Concerto. The Thursday concert was being recorded for future release.

In his program notes for the Cello Concerto Salonen writes, “I have never — not even during the quite dogmatic and rigid modernist days of my youth — felt that the very idea of writing a solo concerto would in itself be burdened with some kind of dusty, bourgeois tradition. A concerto is simply an orchestral work where one or several instruments have a more prominent role than the others.”

The Cello Concerto, however, does follow the traditional three-movement layout. But within the piece, Salonen develops remarkably diverse and contrasting landscapes of orchestral coloration, rhythmic intensity, and instrumental by-play.

The opening movement emerges, like the dawn, with shadows in the low strings accented by pure pitched glimmers from the celesta and glockenspiel. When the cello makes its entrance, establishing itself as a middle voice, the effect is like a gracefully evolving aria, evoking the brooding atmosphere of Debussy’s Pelléas and Mélisande.

“I like the concept of a simple thought emerging out of a complex landscape,” Salonen writes. That is certainly the way the opening movement develops: As the cello lines gain strength, accentuated by a trio of flutes, the scene takes on more and more vibrant coloration. Debussy came to mind, again, but now in the richly textured world of Prelude to the Afternoon of a Faun.

Then, in what comes as a genuine surprise, Salonen uses a loop effect, in which a computer records Yo-Yo Ma’s performance then repeats the cello’s most ethereal passage allowing it to hang suspended, like the glitter of the Northern Lights.

“An acrobatic solo episode,” Salonen writes, “leads to a fast tutti section where I imagined the orchestra as some kind of gigantic lung.”

I can honestly say the cumulative giant lung of the audience held its breath until the final notes faded away. Then the ovation began, as well as a series of hugs and genuine beaming smiles between Salonen and Yo-Yo Ma.

After intermission, Salonen concluded the concert with a performance of Beethoven’s Seventh Symphony that was buoyantly rambunctious, full-tilt in its energetic drive and, at the same time, pinpoint precise.

The acclaimed composer/conductor reflects on balancing his life-after-the-L.A.-Phil with time for creating, for leading performers, and for enjoying family life.

It has been 20 years since one of the best-regarded modern cello concertos has been played here. And it took the same wizard, Yo-Yo Ma, who played it then to show us now how to do it right; matched by MTT and the S.F. Symphony for quality in a spectacular evening of all-German repertoire.