The composer Kurt Weill and the city of Berlin are often mentioned in the same breath. Both the composer and the city are icons of the Weimar Republic, the name given to Germany’s government between 1919 and 1933. For example, an April 5 recital by pianist Steven Blier and the San Francisco Opera’s Adler Fellows is titled “Kurt Weill’s Berlin.” 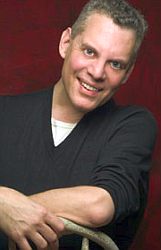 Blier’s program emphasizes that both Weill and Berlin tend to be associated with that city’s cabarets of the 1920s. Even if they have been stereotyped in films like The Blue Angel and the musical Cabaret, Berlin’s cabarets were actually complex and multifaceted. Entertainment was often a primary consideration. But, like Weill’s music itself, these cabarets were also venues for political commentary and social satire. The intertwined pleasure and serious criticism in both cabaret and Weill’s music still seems contemporary.

Popular notions of cabaret culture include images of girls selling themselves through song and dance, as well as groups of friends sharing drinks and smokes. These ideas can enthrall us because they’re just plain sexy. They mesh with splendid impressions of what is often called the “Golden Twenties.” In Berlin and beyond, this decade witnessed a surge of urbanization, an associated proliferation of art (including jazz and popular music), and a relative liberalization of cultural attitudes toward blacks and women. And it is tempting to glorify this sophistication, these lives and loves that seem looser and juicier than those of any ho-hum, everyday reality.

Granted, as Blier notes, “Weill’s music is in a different league from that of nightclub composers like [Friedrich] Holländer and [Rudolf] Nelson.” Weill never wrote for cabaret per se. He was a classically trained composer whose teachers included Engelbert Humperdinck, Philipp Jarnach, and Ferruccio Busoni at the prestigious Akademie der Künste (Academy of Art) in Berlin. Even today, Weill is historically significant for having been a leading figure in avant-garde music theater.

Still, Weill’s work can nourish these images of Berlin cabaret. Several of his works from the 1920s, notably the perennially popular Dreigroschenoper (The Threepenny Opera, 1928), received their premieres in Berlin, and performers who were staples on the city’s cabaret scene participated in some of these performances. Then, too, Weill leaned toward popular tastes in his music. Weill’s music also depicts unscrupulous characters in a baldly uncensored way that would be at home in the cabaret.

Putting It TogetherMost of all, though, Weill’s works from the 1920s and beyond are perhaps more akin to the montage and collage techniques of contemporaneous film and visual art than they are to the Beethovenian paradigm of “organic” musical forms, in which all parts seem inextricably related to the whole. Stephen Hinton, an expert on Weill and a professor at Stanford, notes that the unorganic structure of the music, as well as the popular musical idiom that Weill employed, allowed individual songs to be circulated on their own and performed in cabaret-like settings. One well-known example is a song from Dreigroschenoper. Known in English as “The Ballad of Mack the Knife,” it has been famously performed by Louis Armstrong, Ella Fitzgerald, and Frank Sinatra, among countless others. 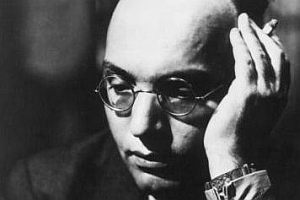 In short, even if it may distort the original context, the popular dissemination of Weill’s music colors a sensationalized image of Berlin cabaret. Yet such an image cannot reasonably represent the whole of 1920s Berlin or Weimar culture, writ large. Far from being some Edenic or completely “Golden” age, this culture was awkwardly wedged between two terrible wars. Economic ills, namely hyperinflation (in 1923 alone prices rose by 75 billion percent) and the 1929 stock market crash, damaged the health of the young republic. Worse still, underneath any shimmer of cabaret culture grew the roots of the horrors into which the Weimar Republic ultimately collapsed.

Perhaps akin to the interest in biographies of serial killers, there is also a more sinister allure to Berlin cabaret: a captivating, suspicious, critical concern for how cabaret might speak to both the collapse of the Weimar Republic and the rise of Hitler’s Third Reich. The music of Kurt Weill also relates to this darker side, and in multiple ways. First, these dire circumstances directly affected Weill himself. His Jewish ancestry (his father was a cantor), not to mention his connections to avant-garde composition and leftist politics, forced him to flee Germany in 1933. Exile took him first to Paris and London and, ultimately, to the U.S., where he became a naturalized citizen and remained until his death in 1950, at age 50.

Second, for several of his best-known works, including Dreigroschenoper and Aufstieg und Fall der Stadt Mahagonny (The Rise and Fall of the City of Mahagonny), Weill collaborated with Bertolt Brecht, the playwright-poet well known for his Marxist political views. Brecht was deeply critical of Weimar culture. He famously developed a concept of “epic theater,” which aims to prevent the audience from emotionally identifying with a dramatic narrative, and to cultivate instead a detached, critical perspective on whatever social constructs are being represented on stage.

In fact, Brecht subsequently revised the 1928 version of Dreigroschenoper so that it might better demonstrate his new theatrical theories, as well as his Marxist critique of capitalism. And even though Brecht always remained firmly rooted in the theater, the social satire and leftist politics that are associated with his works are also linked with politically charged or propagandistic strands of German cabaret. This helps to explain how Weill’s music also relates to the critical, political side of cabaret.

Significantly, though, Brecht did not consult with Weill about these subsequent revisions. Over time, Weill’s relationship with Brecht became strained to the point where the two artists parted company in the early 1930s on less than amicable terms. Opinions on their partnership are as divided as they themselves became. Some listeners have understood Weill’s superficially pleasing music to contain embedded social criticism. The critic T.W. Adorno, for example, (in)famously characterized the wild popularity of Dreigroschenoper as a “misunderstanding,” arguing that its popularity wrongly hinged on the catchiness of Weill’s tunes more than it did on any deeper social criticism that the work conveyed.

Others say that, particularly with his later American works, Weill exploited capitalism more than he criticized it. Still others argue that Weill consistently cared about composing good music — and about finding an audience for it — more than he ever cared about composing music with political content, and that this enduring concern simply evolved with him and his changing life circumstances.

In the end, it’s impossible to come down on one side or the other in terms of listening to Weill for pleasure or as sociopolitical criticism. This ineradicable ambiguity also characterizes cabaret; both are iconic of the Weimar Republic because they speak to that era’s messy entanglement of pleasurable and critical pursuits. While this entanglement can incite controversy and misunderstanding, it also accounts for the era’s enduring relevance. Especially as our present-day economic tribulations bring hedonistic excesses of capitalism under scrutiny, the complexities of both Weill’s music and Berlin cabaret seem timely all over again.