Of all the underrated genius-level composers of the 19th century, none is more undeserving of his second-tier status than Felix Mendelssohn, whose bicentennial occurs this Tuesday, February 3. Few displayed a more natural or more all-encompassing talent than he, and from a remarkably early age, at that. In a way, he was the Mozart of the Romantic age. 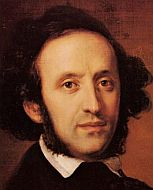 This week, the Philharmonia Baroque Orchestra gets the birthday bash off to a healthy start with some favorites, along with three motets sung by the San Francisco Girls Chorus. In general, the music world over time has pigeonholed Mendelssohn as an overeducated rich guy who hung out with the wealthy and famous, but was incapable of writing musical profundities. The truth is that he was massively talented on many fronts — one who knew the leading philosophers, writers, and musicians of his day. He was a fine pianist and conductor who helped found major organizations, and was evangelical in the cause of other composers, as well.

Mendelssohn was also a flawless gentleman and a charming guest. Now, what's wrong with that? I'll tell you what's wrong. He didn't Suffer, with a capital S. And to the Romantically inclined mind, that's a mortal sin. Composers are expected to suffer as they go out into the forest and slay dragons — that is, critics. Then too, he never sought to reinvent the wheel.

While original in his style, he was certainly no radical. What he offered was a perfect blending of classical proportion with Romantic fervor. In that sense, Mendelssohn amounts to a kind of missing link between Mozart and the remainder of the 19th century.  He virtually reinvented the concept of the word scherzo, a thing that remains a compositional influence to this day.

During his several visits to the British Isles, he left indelible marks on the music of that country, whether by way of Gilbert and Sullivan’s operettas, or works by Elgar, Vaughn Williams, Walton, and Britten — you name 'em. If you want an example, listen to the Scherzo of Vaughan Williams' Fifth Symphony. Mendelssohn became the second largest influence in Great Britain since Handel. That he revived Bach's "St. Matthew's Passion," bringing it back to public notice after a hundred years of neglect, is often mentioned to his credit. His was only the second performance of that super masterpiece.

Less cited was that he did the same for Beethoven's Fourth Piano Concerto, and also introduced many of his sonatas to the German public. Indeed, Mendelssohn's Munich premiere of the "Moonlight" Sonata created a sensation. Again, he edited and programmed several nearly forgotten Handel oratorios: Israel in Egypt, Solomon, and Acis and Galatea, not to mention Handel's Dettingen Te Deum. Virtually all his contemporaries benefited from his programming, and not German composers alone. He even pushed performances of Berlioz’s music, though their musical styles were completely different. 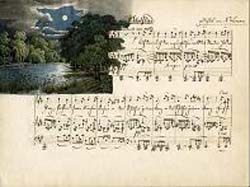 Born into an intellectual family in Hamburg, Jacob Ludwig Felix Mendelssohn had a fine and complete education in all the arts. When his banker father 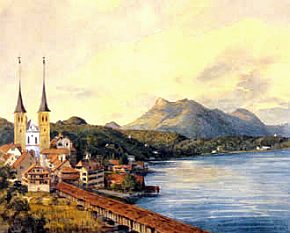 moved the family to Berlin, he had the additional advantage of excellent teachers there, as well as contact with the city's intelligentsia. When the family converted to Christianity in 1816, his father expanded the name to Mendelssohn-Bartholdy. But let's face it, to the music world he's simply Felix Mendelssohn.

In Berlin, Mendelssohn studied piano with Ludwig Berger and composition with Carl Zelter. Those names will not likely ring bells for many. Still, they were considered major teachers at the time. Mendelssohn made astonishing progress in both spheres, as well as in drawing and literature. Indeed, the landscape drawings he made during his travels look thoroughly professional — oddly enough, with a certain Chinese flair.

The flood of music he created during his teens prompted Zelter to tell Mendelssohn's father that the youth had nothing else to learn. At the time, the boy was all of 15 years old. Was Zelter exaggerating? I think not. Consider the list: a one-act comic opera called Die Soldatenliebschaft (The soldiers' love affair) and a one-act Singspiel Die beiden Pädagogen (The two pedagogues), written by age 12; a total of 13 symphonies for strings, the last of them with only one movement; his official First Symphony in C Minor, Op. 10; five concertos: one for piano, one for violin, a double concerto for violin and piano (those accompanied only by string orchestras), then two for double pianos. I mention all this to illustrate that, even at an early age, Mendelssohn was a workaholic. He would remain so throughout his life.

The amount of music he created, the concerts and recitals he gave, are remarkable. But this flood of accomplishments took its toll. When he died at only age 38 after a series of strokes, he left a large body of unpublished works. (Technically speaking, any Mendelssohn composition with an opus number higher than 72 should be listed as an "Opus Posthumous.") This fact largely accounts for the scrambled numbers of his five numbered symphonies. They, and much else, were numbered as they were published.

But the much-programmed "Italian" Symphony, Op. 90, ought to be No. 3. It was composed in 1833, yet Mendelssohn was dissatisfied with it. He withdrew it for revisions after the premiere — the version we all know today — though he died before hearing the results. (A while back, conductor Gerd Albrecht recorded a CD with both the original and revised versions on it. The disc proves that Mendelssohn was correct to rewrite it.) The accurate numbering of his symphonies is what we know today as Nos. 1, 5, 4, 2, and 3.

More to Be Discovered

Even after 162 years, music by him is continually turning up. For example, as part of its all-Mendelssohn memorial program on May 11, Canada's Calgary Philharmonic Orchestra is giving the North American premiere of his unfinished Third Piano Concerto in E Minor. Joining conductor Julian Kueri for the event is pianist Roberto Prosseda. What the composer left behind was two completed movements in two-piano score, plus melodic sketches for a finale. Marcello Bufalini orchestrated the first two movements, but he also had to compose, in effect the third movement based on the original sketches. That's an iffy proposition. I wish them the best of luck, for even if imperfect, the reconstruction can surely tell us something of value. 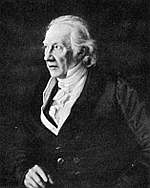 A number of Mozartean stories have come down to us about Mendelssohn as a performer. His teacher Zelter knew Goethe, and indeed they corresponded. When Zelter bragged to him about his boy-wonder student, Goethe wrote that he would be interested in testing him. That occurred in 1821, with interesting results. Goethe loved Bach's Well-Tempered Klavier Preludes and Fugues, so he asked the 12-year-old boy to play some of them for him. This was accomplished, as Zelter put it, "with perfect certainty." To test the boy further, Goethe then requested a minuet. Mendelssohn replied with the minuet from Mozart's Don Giovanni. Goethe beamed, but wanted to see whether Mendelssohn could play something unfamiliar. So out of his drawer Goethe took an original, unpublished Mozart manuscript and set it on the piano for the youth to perform. Zelter later reported that it was not a terribly neat manuscript, but the boy played it, "making not a single mistake." Then came the whopper: an unpublished Beethoven manuscript.

At first sight, Mendelssohn laughed, adding, "Who can read that?" Again, from Zelter came the remark that it "looked as if it had been written with a broomstick. He often dragged his sleeve across the page while the ink was not yet dry." The first time through, Mendelssohn seemed hesitant and prone to error. But then he played it again, this time perfectly. From then on, Goethe and Mendelssohn were firm mutual admirers. Indeed, the composer's most dramatic cantata is his setting of Die erste Walpurgisnacht (The first Walpurgis Night) Op. 60, from Goethe's Faust. Why the piece is so neglected, I can't say.

One more Mozartean incident? When Mendelssohn got to the podium to lead Bach's "St. Matthew," he found that the wrong score was on the stand. Rather than disturb the audience, he simply went ahead and conducted the entire score from memory. He'd memorized it during the rehearsals.

Works Calling Out to Be PlayedMany of Mendelssohn's works that formerly were viewed as standard repertory have today fallen out of favor. Why they should have faded from use is hard to understand, since their quality is high. I can't even remember the last time I saw listed a performance of his piano piece Variations sérieuses, Op. 54, a longtime Horowitz showpiece and a markedly great composition. Another piano mystery is the little Capriccio in E Minor, from his Op. 16 set, titled Trois Fantasies ou caprices.

When I was a student, virtually every pianist under the sun used this as their basic encore. It rather epitomizes Mendelssohn's scherzo writing. Then there are those eight books of short piano compositions, published as Songs Without Words. Every piano student played at least a few of them, since they vary between the extremely simple and the highly virtuoso. They can be cheerful, pictorial, or quite glum.

Not all of these are top drawer, to be sure, yet many are little masterpieces. Of his orchestral music, there are those seven overtures. Only two have retained a place in conductors' affections: the ever-present Hebrides (Fingal's Cave) Overture, Op. 26, and the larger overture to A Midsummer Night's Dream, Op. 21. But Calm Sea and Prosperous Voyage, Op. 27, stands as a charming tone poem with a doozy of a fanfare as the ship reaches port. Or, for something more dramatic, try the Ruy Blas Overture, Op. 95, from the incidental music to Victor Hugo's play.

Other pieces I'd like to recommend: his incidental music for Antigone, Op. 56; that First Symphony, Op. 10; the Capriccio brillant, Op. 22, for piano and orchestra; the second Cello Sonata, Op. 58; the Opp. 12 and 13 String Quartets; the six Preludes and Fugues for piano, Op. 35 — especially the E-Minor; the three English Motets, Op. 39; and, of course, Queen Victoria's favorite, On Wings of Song. (Any visit the composer made to London had to include a command performance at Buckingham Place, where he'd accompany the queen singing his songs.) She and all of Europe deeply mourned his death. The man had literally worked himself into an early grave. It's a smidgen of that standing that's being honored this month, and this week, by a number of memorial concerts. So, Mendelssohn is well-known while many of his compositions are not. But that’s what an anniversary year is for. Revival, anyone?