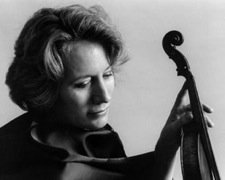 In 1993, a year after he’d taken over the directorship of the Carmel Bach Festival, Maestro Bruno Weil tapped the celebrated Baroque and classical violinist Elizabeth Wallfisch to serve as concertmaster for the festival orchestra. The ensemble would never be the same. Wallfisch brought her deep knowledge of and passion for historical performance styles and practices to the orchestra, teaching the string players how to bow and phrase the music of Bach and other 17th- and 18th-century composers. She was key to Weil’s vision for the festival.

“I knew how the music should sound, but I’m not a string player,” Weil told SFCV last year after announcing that the 2010 season, which starts this week, would be his last. “Elizabeth is one of the best string players in the world, if not the best on a period instrument. Without her, it would not have been possible.”

This season is also the last at Carmel for the Australian-bred Wallfisch, a stirring performer, conductor, and teacher who’s played with and directed most of the world’s top period-instrument orchestras, among them London’s Orchestra of the Age of Enlightenment and San Francisco’s Philharmonia Baroque Orchestra. A passionate “pedagogue,” as she puts it, Wallfisch founded the Wallfisch Band chamber orchestra in 2008 so that gifted young players from around the world can cut their professional teeth playing alongside master musicians in the period-instrument realm. 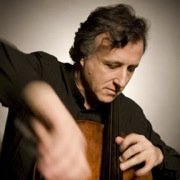 The violinist, known as Libby, is married to the great British cellist Raphael Wallfisch, a soloist with the world’s premier orchestras whose vast discography includes concertos by C.P.E. Bach and Shostakovich, the sonatas of Brahms and Honegger, and commissioned works by Britain’s brightest contemporary composers. Both Elizabeth and Raphael — whose three grown children, all musicians, spent many childhood summers in the beautiful seaside burg of Carmel — will be featured at this year’s festival.

The couple, who are based in London, spoke by phone from Carmel, where Elizabeth had been rehearsing for a few days. Raphael had just arrived from a teaching stint at the Banff Centre for the Arts.

You’ve had an extraordinary 18-year tenure with the Carmel Bach Festival. Why did you decide to leave after this season?

Elizabeth: I’ve had a great run. It’s time. It’s time for someone else to build something now. I mean, we’re only caretakers for this music. We held the baton and ran with it fabulously well, and now it’s time to hand it off. Otherwise you start going in circles, and you don’t want to do that. I have other things I’m really passionately desirous of doing, such as the Wallfisch Band. Bruno [Weil] is going to be very strongly involved. I can’t possibly conceive of not working with Bruno; he feels the same [about me]. We’ll be cooking things up in Europe. He’s a pedagogue, too. We’re on a mission. You have to look after and hand this music on in good shape for the next generation to learn.

What was the festival orchestra like when you arrived, and how has it changed during your time?

Elizabeth: There were some wonderful players. But the orchestra was in disarray. The ensemble had no discipline. They were all playing in their own way. Those who didn’t want to go the way we were going left. The other musicians developed and learned and grew and changed with us. We brought concepts of style, informed historically, as close as is possible, by the composers’ intentions and their times. When the music affects you emotionally, you want to know how to make that happen. Now the orchestra functions very well, like an outstanding football team. They’re all excellent players in their own right and they’re wonderful team players. Everyone is prepared to try everything. We all do our best to bring this music to life. ... When I hear the orchestra play as it does now, and the fun we have in rehearsal, it gives me a sense of pride and a great deal of pleasure.

What kind of give-and-take is involved in a two-musician marriage like yours? Have there been opportunities you’ve passed up so you could spend more time together or accommodate each other’s schedule?

Raphael: No, we haven’t done that very much. We’ve been able to be extremely busy. Early on, when the children were younger, Libby was doing less work. But little by little, she got busier and busier. I seem to have been at it hammer and tongs all the time. Sometimes we’ll be sitting around talking and she’ll say, “Remember that time?” when something happened and I’ll say no, I don’t remember. And she’ll say, “Surely you must. Oh, you were so busy practicing you don’t remember.” We got through it. And the children have survived and were not put off by music. They’re all doing well in music.

Is it difficult when you’re both practicing in the same house at the same time?

Raphael: No. All our lives, we’ve been used to the sound of it. Libby can sleep through my playing. Her mother and sister played cello, so it was always being played in the house. We’re both quite able to practice within earshot of each other.

Elizabeth: I don’t hear him and he doesn’t hear me. Sometimes, though, he’ll be practicing his Bach and I do hear when something is not right — say, a sarabande with all the wrong accents. I’ll knock on the door and tell him he can’t do it like that. I’m afraid I can be very pedantic. He calls me “the Bach police.” It’s a bit like what you say here: DUI. He’s driving under the romantic influences. So I’ve got to breathalyze him.

Raphael: She comes storming up the stairs and crashing in the door. We have a friendly discussion. I usually come away knowing more than I did before. She’s always right. I mean, this is Libby’s world. She and I played together recently in Sweden with the Vasteras Symfonietta. I played a concerto by C.P.E. Bach. Libby was directing the orchestra. We played together and it was great. I felt I’d passed the test.

You’re played the Bach solo pieces many, many times. How has your sense of them changed over the decades?

Elizabeth: One’s perspective becomes sharper; you’re seeing more things in the text. It’s like Shakespeare and Goethe: There are so many layers of meaning and inflection and structure. They’re a great source of joy. They bring you back to a sort of central spot. You never make the solo works of Bach into some unreachable icon. They are human and accessible, accessible and feel-able to everybody.

Raphael: When we start out as students, you’re learning the notes, finding your way. The more you keep playing these pieces and having a chance to perform them, well, I certainly feel a little more confident with what I’m doing and want to hear. Slowly, as one gets older, you have more time to say things and you don’t have to rush. I’m trying to be more spacious in my playing to allow the pieces to speak. They’re rhetorical pieces; the music is speaking, not just singing and dancing. It takes time to see that the music speaks for itself, and we don’t have to propel it along too much.

What kept bringing you back to Carmel, and what will you miss?

Elizabeth: Well, it wasn’t the money [laughs]. It was the music and the people. To make music in the summer in a place like this was a gift. We’re a tribe of music-makers; it’s our jamboree, where the storytellers gather. Making music defines us. It’s not a job, it’s what makes us tick. I’ll miss everything — the place, the people, the friendships.

What are your most memorable Carmel moments?

Elizabeth: There are so many. The most recent was two days ago when we got together for the first rehearsal to do the Beethoven Symphony No. 5. Every year, the first rehearsal is lovely and wonderful. I live for those rehearsals. We haven’t seen each in a year, but we sit down like it’s Monday morning and we’ve just all had the weekend off. I’ve taken to saying, “Hello, how was your weekend?”

Some of us, including Roger Cole, the oboist, used to stay up and play cribbage and smoke cigars. It would get warm so we’d open the windows. One night there was a knock on the door and it was the cops! They told us we were laughing too loud! That was just the funniest thing to me. Laughing too loud in Carmel. We shut the window. Only in Carmel.