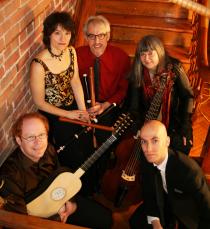 Strange though it may seem, the “classical” music world didn’t just stumble on “popular” music in the late20th century. Everything from bawdy songs to fiddlers’ tunes to dance rhythms has been raw material for composers for pretty well as long as we’ve had written music at all. Ensemble Caprice’s program for the San Francisco Early Music Society focuses on the Gypsies, surveying three centuries’ worth of Gypsy-influenced “classical” music (plus, if I’m not mistaken, some rough samples of the real thing). Since there’s some bizarrely great music to draw on, this ought to be fun.