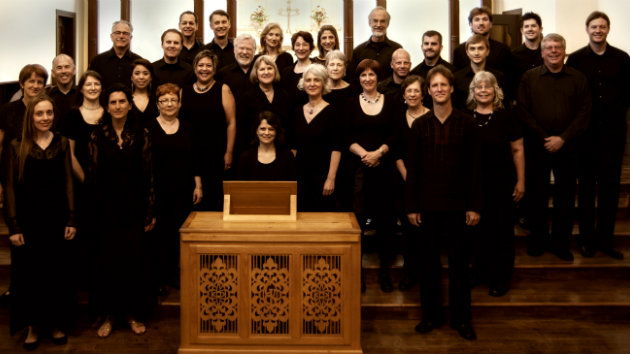 Slowly but steadily, the music of Jan Dismas Zelenka (1679-1745) is gaining ground at Baroque performances in the Bay Area and beyond. The Bohemian composer is not yet a household name, and I don’t expect the foundation of a “California Zelenka Society” anytime soon, but the fact that the music of “this unique compositional figure” is increasingly popular is a sign “that there [is] much more to the later Baroque era than Bach and Handel.”

The above quotes are taken directly from the program notes of the California Bach Society’s three performances of Zelenka’s Missa Votiva, held Oct. 16-18 in San Francisco, Palo Alto, and Berkeley.

The premiere on Friday, Oct. 16, at St. Mark’s Lutheran Church in San Francisco was somewhat uneven, but showed the 30-voice CBS chorus in particularly fine form. The concert opened the ensemble’s 45th season, and the date also coincided with Zelenka’s 336th birthday — reason for celebratory cupcakes and the singing of “Happy Birthday” during intermission. Hearing the Missa Votiva live was an exciting journey through familiar yet new territory.

The concert was given the title “A Bohemian Masterpiece,” and the Missa Votiva (1739) certainly qualifies as such. Zelenka’s music familiarly conforms to the musical and structural conventions of the late Baroque period. The five sections of the traditional mass ordinary (Kyrie, Gloria, Credo, Sanctus, Agnus Dei) are subdivided — opera style — into individual choruses and arias. The composer also incorporated several big fugues and extensive tone-painting to underline words, phrases, and emotions in the liturgical text.

Hearing the Missa Votiva live was an exciting journey through familiar yet new territory. Like his great and more famous contemporaries J.S. Bach and G.F. Handel (both born in 1685), Zelenka’s music carries a recognizable musical signature of its own: His scores are full of intricate harmonies and harmonic progressions, and his bold and daring twists and turns are quite unique and distinct. 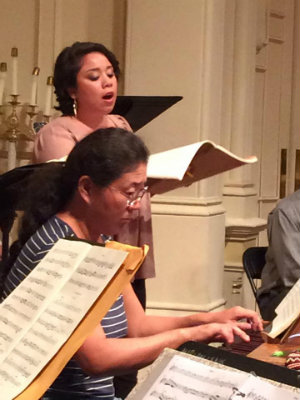 Friday night’s performance was unfortunately affected by the relatively high temperature and humidity inside St. Mark’s auditorium. The CBS string section had problems staying tuned, and this was mostly noticeable in the solos and arias of the Missa Votiva, where the musical fabric is more transparent and the composition is woven with only a few, fine threads.

Not all of the five soloists from within the CBS chorus (Rita Lilly and Elizabeth Kimble, soprano; Gabriela Estephanie Solis, alto; Chris McCrum, tenor; and Sepp Hammer, baritone) were equally able to hold their own against the unsteady musical backdrop, but Hammer’s “Quoniam tu solus sanctus” and Solis’ “Et incarnatus est” were positive exceptions.

Tuning that fades during a concert is an almost inevitable by-product of live performances and always unsettling for musicians and audiences alike. CBS conductor and artistic director Paul Flight could have easily taken a moment to adjust the orchestra’s tuning in between movements or sections. There may never be a good time for intermittent tuning, but there is also never really a bad time when it is necessary.

Fortunately, the CBS chorus was almost immune to the tuning troubles that surrounded them, and carried the evening with cohesion and intensity, from the rousing opening Kyrie, through the dazzling fugue on “Et vitam venturi saeculi” and the glorious Amen at the end of “Et resurrexit” and the uplifting “Dona nobis pacem,” which concluded this Missa Votiva.