Although the music of Olivier Messiaen is extremely popular these days, his songs are rarely encountered in live performance. Little wonder, for they're so overly demanding. Dramatic soprano Heidi Melton and pianist John Parr took on the major beast of the field, his largest cycle, Harawi, Sunday afternoon in Old First Church, and pulled off a triumph. They had drawn a larger crowd than expected and had them literally yelling "Encore!" at the conclusion; after an hour's intense musicianship, though, none was offered. 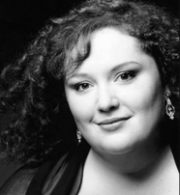 Harawi, Chant d'amour et de mort (1945) is an altogether unusual set of 12 interlocked songs, or, as the translated subtitle calls them, "Chants of love and death." It's a quirky mix of concepts drawn from the Tristan and Isolde legend and Peruvian myth, plus the expected bird songs and the notable influence of Wagner. The basic title is a word from Quechua, language of the ancient Inca, meaning "song-love that ends in death." Thus the full title is in Quechua, followed by the translation of it into French. I know of no other example of such double titling.

And yet, despite all this gumbo of materials, Harawi is essentially a quasi-religious piece of mysticism. There are the traditional soft-voiced chorales of thick, lush chords common to many Messiaen compositions. They show up in slight variations and are quite beautiful. Oddly, some of those hint at advanced works of the blues, or even at adventurous jazz combos. That noted, many of the songs become quite violent in character.

Variations of melodic profiles abound, sometimes set on picture painting. Whenever the texts mention birds — such as the Mayan use of a green dove to signify a beloved — the piano lights into furious virtuoso filigrees of bird calls. In that sense, Harawi is not merely a work for voice with piano accompaniment, since each musician's role is of equal importance.

The first time I heard the work was at a modern music festival in Japan, presented as a wearying, four-hour, all-Messiaen program. I found it confusing and irritating, highlighted by the fact that it was not particularly well-sung. Messiaen wrote his own poetic texts, which are, to put it mildly, obtuse. Take for instance, "Dove, green dove/The figure five for you/The double violet will double/Very far in a low voice." Make heads or tails of that, if you can.

Over the years, I've learned to simply ignore the text and enjoy the parade of ideas as a piece of purely abstract music. Otherwise, I find that I've stepped into intellectual quicksand. In this work, try to figure out what the words mean, and you miss the music.

Laying Down His Pen for SongsCuriously, Harawi was Messiaen's final attempt at writing songs, even though he lived for another 47 years. I suppose he felt he wouldn't be able to top it, so he just demurred. Such things happen. It seems to have happened with Sibelius' Eighth Symphony, which was set to become a large, Brucknerian affair. (We know that his copyist sent him a bill for a huge first movement.)

Sibelius feared disappointing his public if his Eighth Symphony wasn't better than his masterful Seventh. So he apparently destroyed both the manuscript and sketches for it. (Rumors persist that a copy exists, somewhere in Finland.) Another example was Elgar, who asked that the unfinished manuscript of his Third Symphony be burnt after his death. Luckily, that failed to happen, and a "performance version" is now available, and recorded. There are other similar cases, but these will do here.

In the event, soprano Melton displayed a large, full, and dulcet voice, plus a keen sensitivity of phrasing and rhythmic accuracy. She needed every drop of that skill to find her way through Messiaen's thorn bush. She could nearly purr through the quiet, lyrical song, then blast away like a potential Brünnhilde in the making, where required. 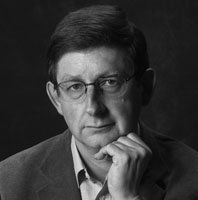 Melton is now in her second year with the San Francisco Opera's Adler Young Artists Program. She has sung a number of roles in the company, as well as performed a wide repertory around the country, in both operatic and orchestral settings. Last year, she made her European debut in Verdi's Un ballo in maschera, with L'Opera de Bordeaux, and she will return to that company this spring for Wagner's Tannhäuser. She's well-launched.

Parr, head of the Opera's music staff, did a bang-up job of his demanding piano role. But, as in his previous accompaniments, he persists in having the concert grand's lid fully open, which is a mistake if you are going to play all the fortissimos as printed. As a result, he occasionally overshadowed Melton at full voice, which takes some doing. Or, not to put too fine a point on it, he was often way too loud.

For all its complexities and confusing cultural amalgamations, Harawi remains not only convincing, but curiously moving. At least, it was so on Sunday, partly due to such a bravura performance.