The Leonard Bernstein centennial celebration came to the Peninsula Symphony last weekend in the form of a concert of American music on Saturday, March 17, at the Heritage Theatre in Campbell.

Not only was the music all American, it was all-American, in the sense that it had a flavor or style that’s marked as characteristically American within classical music. But the selections approached that in two different ways.

One approach was taken by Bernstein’s contribution, the suite of Symphonic Dances from West Side Story, a kaleidoscopic run of orchestral extracts from his 1957 musical-theater tragedy set among New York City gang feuds. Despite the presence of a couple of famous lyrical song melodies, which someone sitting behind me felt moved to hum along with, the suite is dominated by the vigorous snap — and sometimes the literal snap of the players’ fingers — of complex and irregular American urban rhythms. 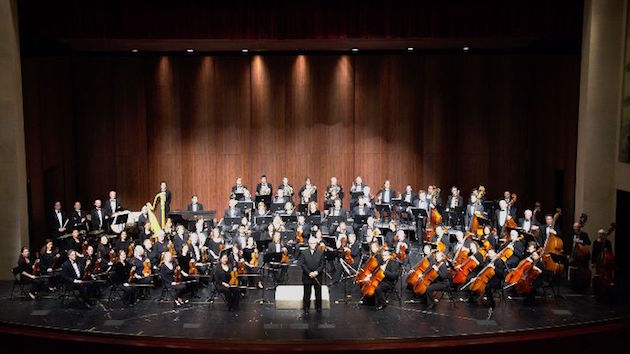 As the title states, this is dance music, and Bernstein picked up the spirit of these rhythms from the faster sections of his mentor Aaron Copland’s ballet scores and Copland’s earlier jazz-inflected works; the complex and irregular rhythms in turn derived from Igor Stravinsky’s classic ballets for Sergei Diaghilev, the font of so much that’s characteristic of 20th-century music.

The rest of the program, however — including two works by Copland — adhered to a different American musical ideal. This is the broadly-paced music with widely-spaced harmonies and a contemplative air that, in Copland’s ballets, represents the open prairie or nighttime contemplation.

The truly large work on the program was by Howard Hanson, one of the most distinguished of the large wave of American composers of Copland’s generation. To hear any work by Hanson in concert today is a rare treat, especially pleasurable here for his local connection. In 1916–1924, Hanson was a music teacher and dean at the College (now University) of the Pacific, then located in San José on what is now the Bellarmine school campus. He then became long-time director of the Eastman School of Music in Rochester, New York, and it was there in 1930 that he wrote this concert’s work, the Symphony No. 2, “Romantic.”

The “Romantic” is Hanson’s best-known work, but, perhaps due to its title, it has an undeserved reputation for indulgent schmaltz. In fact, it’s a lean and decorous work, formal in manner with much lyricism, more prone to orotund utterances than emotional outbursts. The Peninsula Symphony players brought their finest efforts to this music. Particularly in the first movement, the performance was outstandingly effective. Conductor Mitchell Sardou Klein led the piece slowly and broadly, pacing the three movements out on an enormous scale.

The Bernstein dances were also a success. What’s necessary here is to convey the snap and sizzle of Bernstein’s style. Those complex American rhythms seem to come naturally to American orchestras, even volunteer ones.

Copland first appeared in the concert with his grandest patriotic gesture, the Lincoln Portrait for narrator and orchestra. Majestically-paced music moved slowly in the background behind the Lincoln quotes and their worshipful framing narration, as read with dignity by Channel 7 news anchor Dan Ashley. His rendering of the pause-filled closing peroration from the Gettysburg Address was particularly moving.

Assistant conductor Chad Goodman led the two remaining pieces, the quietly undulating “Saturday Night Waltz” from Copland’s ballet Rodeo and the one work by a living, and female, composer. Nancy Bloomer Deussen is a Mountain View resident who often appears on local community orchestra programs, usually with brief, reflective, melodic works. Her American Hymn features increasingly grand repetitions of a nobilmente, strongly cadenced tune of the same flavor as the “Interlochen Theme” that dominates Hanson’s symphony. The piece was written in 2005 for an Independence Day concert by the Diablo Symphony. Although a little ragged in performance, it served its purpose of conveying an uplifting American spirit in music.